“I just don’t have time to coach my team.”

Sound familiar? Time is one of the biggest barriers for sales leaders looking to coach their reps. And I can understand why. Think about everything on their plate; it’s overwhelming, and sales coaching can easily fall on the backburner. But here’s the thing: We may unknowingly contribute to the pressure by not being intentional in our coaching efforts.

Let me give an example:

Back in 2012, I was coaching a team of 27 managers at a health care company. Each manager had about 20-30 people on their team. One manager, we’ll call her Sarah, had 28 people on her team and was struggling to keep up with her responsibilities — including coaching her team.

Sarah quickly replied, “Actually no. She either ‘yeses’ me to death, rolls her eyes or she simply refuses to engage in the conversation. Nothing changes, and it hasn’t in over a year.’” I then asked her, “Why do you choose to invest so much time in someone who isn’t giving you any indication that she’s open to coaching?”

The names and the details vary by company, but I’ve seen this story play out hundreds of times over the years: Managers all too often waste precious time coaching people who don’t want to be coached. Sales rep should be — at least — equally as invested in their coaching sessions as their managers are.

There is a better way to coach, and it starts with being intentional. Sales managers must be strategic about how to invest their limited time and resources when coaching their team. This intentional approach is based on the idea that there are four types of sales reps, who can be divided into different quadrants based on their results and their level of desire to learn and grow, as outlined below. 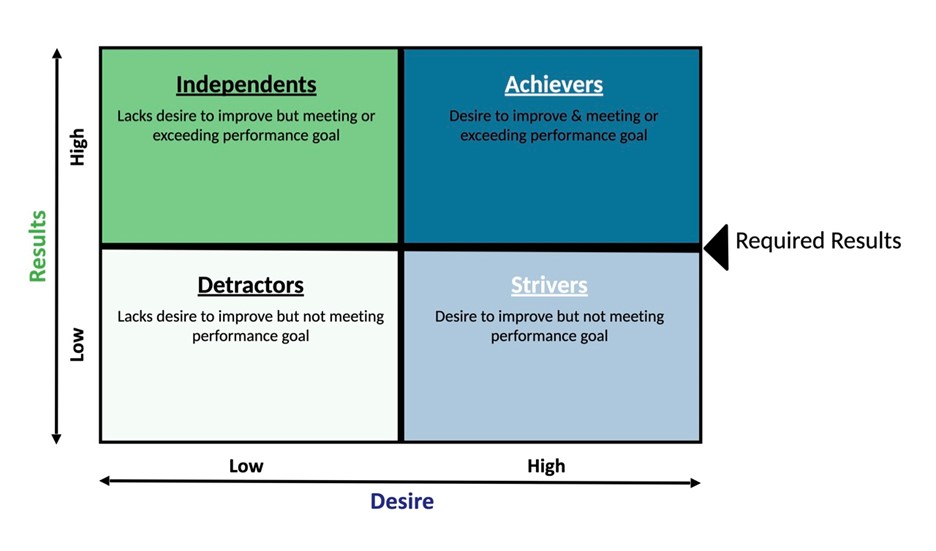 Let’s consider the four quadrants above.

Detractors: These are reps that consistently get below-par results and who do not exhibit a true desire to change or grow.

Independents: These are people who get anywhere from acceptable results (i.e., above the minimum level required) to outstanding results, but they do not exhibit a desire to change or grow.

Strivers: These are the people who aren’t getting good results yet, but their desire to grow and change is evident. They are eager to learn. Investing in strivers is where your coaching efforts will really pay off.

Achievers: These are the “dream reps.” They are getting good to great results, and they want to get even better. Achievers are not to be ignored. They are hungry for coaching and learning and your responsibility, as a sales manager, is to give it to them.

Managers all too often waste precious time coaching people who don’t want to be coached.

It’s important to note that everyone deserves a fair shot at being coached. You might even consider having someone else try coaching certain reps or have a peer observe your coaching efforts in action so that you can get relevant feedback. Similarly, if a rep isn’t open to coaching, don’t ignore them. Rather, shift your efforts from delivering coaching to increasing the desire for coaching.

There are two common mistakes sales managers make when coaching their reps, including:

How to Overcome Them

The most effective sales coaches reserve coaching for reps with a desire to change and grow. To do this, work to determine your reps’ openness to coaching. Too often managers mistake compliance for buy-in. In other words, when a manager is coaching a rep and the rep is seemingly in agreement with it, the manager assumes that the rep has “bought in” to the coaching. This may sometimes be the case but, often, it’s not. Most of us have learned over the years that if we simply pretend to agree, the conversation goes away.

When I am training managers on their coaching skills, I always tell them that I do not care how much a rep might agree with me during the conversation. Rather, I care about their effort and the actions they take after being coached. This is one reason why I use questions in coaching sessions: It helps guide reps toward their goals rather than simply “telling them what to do.”

Each coaching session should end with actionable steps the rep can take in pursuit of their professional goals. When these steps are clearly outlined, we can determine whether or not our coaching efforts are working.

For instance, it would be ineffective to wrap up a coaching session by saying, “Today we talked about working on asking better questions when talking to customers. Be aware of this and try to remember to do it.”

A more effective, action-based statement would be something like, “You indicated that you want to get better at asking questions. You identified 3-5 questions that you’d like to start using in your conversations where it makes sense. During your next 10 client meetings, try out those questions and make a note about which ones you used, how the client responded, and how asking the questions helped you better serve the customer.” Wrapping up a coaching session with actionable steps helps keep reps accountable for their goals and enables you, as the coach, to better track their progress.

If, over time, your reps fail to implement the action steps you’ve agreed upon, it reveals data about their true desire for coaching. However, if they are consistently putting in the effort, it reflects a desire to learn and grow.

Finally, don’t punish failure when someone is learning. If we penalize employees who are trying to learn something new, what they really learn is to stay safe from experimenting and innovating new ways of working. Reward your reps for taking the risk to learn and implement new skills and behaviors.

When we become strategic and intentional with our precious coaching time, we often discover that we not only have time to coach but that coaching can be a rewarding experience: We get to be a valuable partner in our reps’ professional development and growth.

Stay tuned for our next article about increasing your reps’ desire for coaching.

The most effective sales coaches reserve coaching for reps with a desire to change and grow. 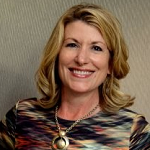 Bobbi Kahler is a senior consultant at ASLAN Training and Development. She is passionate about instilling the gift of hope, knowledge, and assurance that anyone can be more successful if they choose to. 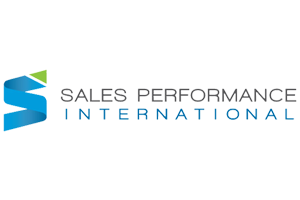 Uncovering Truth: Are You Coaching the Symptoms or the Source?