Golden has built an open knowledge base with a suite of AI tools and a modern editor. Together they automatically create content, make it easier for more people to participate in building knowledge, and more efficient and effective for every contributor. Golden’s business model is selling access to tools that allow companies to do advanced queries and receive alerts on the data in Golden.

“I’m super pleased to have such a great array of investors joining us on our mission to upgrade the organization of knowledge available today,” says Jude Gomila, CEO of Golden, “Predominantly, we will focus the funding resources on improving our product via our engineering and product team.”

About a16z: Andreessen Horowitz backs bold entrepreneurs who move fast, think big, and are committed to building the next major franchises in technology. Founded by Marc Andreessen and Ben Horowitz, the firm provides entrepreneurs with access to expertise and insights in innovation, executive and technical talent, market intelligence, business development, and marketing and brand-building. Find us in Menlo Park, Calif., and at www.a16z.com.

About Founders Fund:  Founders Fund invests in science and technology companies solving difficult problems. The firm has been an early backer of some of the most impactful companies of the past decade, including SpaceX, Palantir, Facebook and Airbnb. Founders Fund pursues a founder-friendly investment strategy, providing maximum support with minimum interference. More information can be found at http://www.foundersfund.com.

About Gigafund:Gigafund is a venture capital firm backing the world’s most ambitious and transformative entrepreneurs. They make long-term concentrated investments in Founder/CEO’s who are capable of growing with their companies and maximizing impact over a period of decades. Gigafund’s largest investment to date has been SpaceX, and have invested large amounts into SpaceX since founding Gigafund in July 2017. More information can be found at http://www.gigafund.com/.

About Golden: Golden is world’s first self-constructing knowledge database built by artificial and human intelligence. It was founded by Jude Gomila, a serial entrepreneur and angel investor. 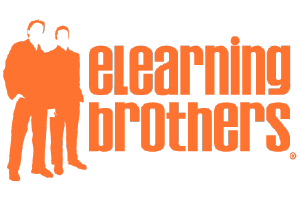