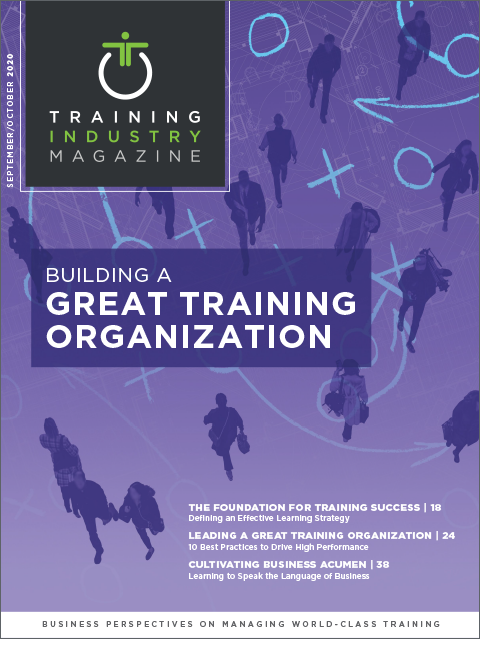 In 2018, while working for a state agency in the Midwest, our team was tasked with aligning human resources functions across 25 state agencies into one centralized team under a new legislative mandate. While this new team would go from 40 employees to 400 employees overnight, the training and development function would shift from small teams assigned to specific agencies to one enterprise training and development team of 25. The scope of training for the trainers shifted from one agency to now considering the design and delivery of training for over 35,000 employees across 25 agencies.

My first announcement to the training and development team at each agency was met with mixed reactions. Responses ranged from excitement to resistance toward the shared services implementation. Within the negative responses, I learned some had yet to hear that they were part of a shared services implementation. Instead of discussing what this new model of training and development would look like, I spent the first six months delivering informational presentations to leadership and team members about the benefits this change would bring. Additionally, the lead organization did not have a strong reputation around training and development. This required me to build relationships, so employees understood the standards that were being set for this new team.

As relationships formed across agencies, another level of relationship development was becoming more visible. During my initial meetings with my new team, there was an overwhelming concern about their current roles. Employees also worried that they would be forced into something that would negatively impact them.

Each team member came from agencies with varying methods of delivery. Some had a learning management system (LMS); some didn’t. Some used eLearning software; some didn’t. Some only contracted with external speakers, so they didn’t have experience with training delivery. Ideally, I would identify commonly used tools and move toward integrating the entire team under one technology package. Unfortunately, because these agencies used different tools that had varying end dates, different pricing structures and different standards for what qualified effective training technology, there were a number of challenges that quickly halted our movement.

We were also advised that our organization would be required to reduce its operating budget by a significant amount. As a result, I had staff who wanted training to use the tools that their peers were using but lacked the funds to do so.

Recognizing that there were a number of dynamics that could halt progress for our team, we needed to move forward. We knew it was going to be messy, and we knew there would be a lot of changes. Even with this knowledge, there were two key structures to establish: our team organizational structure and our training catalog.

When I took over, I was handed a word document that included the structure in Figure 1. I was told that this was the plan for an enterprise training and development team. I asked questions but ultimately ended up with, “You figure it out.”

Initially, I wanted to leverage the diverse skill sets of my team and place them in roles that highlighted their strengths. When I stated this, there was push back against separating teams that were already working together. Even though we were moving into a shared services model, a number of agencies were resistant to let go of their teams. With that, the first version of our organizational chart looked like Figure 2.

As we moved to the shared services model, we gained access to some high quality training. While we were initially developing our offering list, we were met with resistance about teams training employees who were not part of their organization. To understand what agencies were looking for, we conducted a number of interviews and surveys that identified current offerings, past offerings that had been eliminated and a wish list of offerings employees would like to see in their organization.

Once this information was compiled, over 70 training topics were identified. To align these offerings, our team decided to pursue four key development areas:

Once we established both our organizational structure and training catalog, we had a consistent message to share. This message allowed us to answer questions regarding who we were and what we did. With a shared message, a level of confidence radiated within our team.

What Have We Learned?

While the number of lessons learned is extensive, learning leaders should consider the following in their own organizations:

Patience is key. Be willing to listen and be attentive to the needs of those around you.