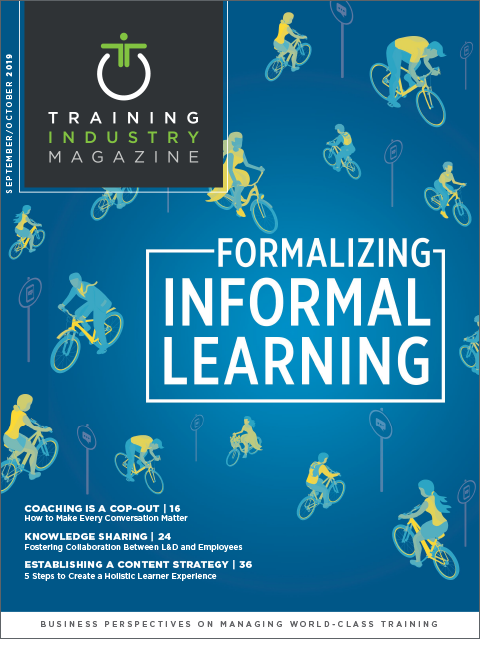 These days, “coaching” has become quite a buzzword. There is much discussion about the results coaching can produce, the various types of coaching (from tennis coaches to life coaches to everything in–between), coaching strategies and best practices, when to coach and who to coach. Almost everyone now has the word coach on their resume. I would argue that there’s no one on this planet who’s a bigger fan of coaching than me. My coaching journey began when I was 14 and was working as a children’s tennis coach. Since then, I’ve coached amateur and professional golfers and tennis players, musicians, public speakers and executives, and I’ve witnessed some amazing results from this thing we call coaching.

We all know instinctively that good coaching drives lasting results. Athletes and musicians have always hired coaches to help them determine the quickest, most effective way to improve their performance. Now, the business world recognizes coaching as a powerful way to improve performance within organizations. Coaching has been shown to boost everything from revenue and productivity to employee engagement and retention — and it’s one of the most important skills needed to “manage” millennials and Generation Z. As its impact on performance and engagement has been repeatedly demonstrated, many organizations have invested considerable resources into training managers and leaders to become better coaches.

Yet, despite the time and money dedicated to building managers’ coaching skills, many organizations struggle to achieve the behavior change they are looking for. All too often, although managers know how to coach, at the end of the day, they aren’t actually doing it. Employees of these well-trained and well-intentioned managers frequently say they aren’t getting the coaching they want or need — or, at least, not enough of it. When managers explain why they aren’t coaching, the most common refrain is: “I’m too busy doing all the other things I have to do.” It’s seen as one more thing on a to–do list that is already too long.

Leaders often make coaching a separate task to be completed, viewing it as something else to fit into an already busy schedule. So, when I look at coaching in the business world, I find myself wondering: Is the notion of “coaching conversations” a cop–out? Does the concept of coaching conversations get us off the hook for doing what we could or should be doing in every conversation?

I would say yes — at least in most of our conversations. Here’s why:

The best leaders and managers don’t wait to have a formal coaching conversation. They use every conversation as an opportunity to coach.

Managers are in conversations all day, every day and, like it or not, every conversation has an impact. The only choice they have is what kind of impact, and how much of it, they want to create from a single conversation.

I’ve asked thousands of people about what characteristics make for a great coaching conversation. These are the most common responses I received:

Of course not! These three traits, or “The Three C’s,” (candid, caring and constructive) are at the core of all meaningful communication.

A great coaching conversation is candid, caring and constructive.

Unfortunately, in my experience, this is exactly the case. It’s not that managers are intentionally being un-caring, un-candid or un-constructive; it’s that they’re not paying enough attention to whether they are or not. Intentional or not, when one or more of these traits isn’t present, its absence has a negative impact on both that conversation and future conversations.

Not only does every conversation matter, how we think about the people we are conversing with matters, too. What we believe about the person we are communicating with will have a powerful effect on whether they experience us as caring, candid and constructive leaders.

What we believe about someone always shows up in every aspect of our communication. Ask people about the best coaches they’ve ever had (from any aspect of their life) and one of the things they always report is that they could tell their coach believed in them, even on those dark days when they couldn’t believe in themselves, and even when their coach needed to talk tough with them.

Great coaches have a mindset anchored in the belief that people have potential to learn and grow, that everyone has the ability to do and be better. That belief inspires and encourages people to engage in coaching conversations — and when people are engaged, they pay careful attention to what is being discussed. In fact, attention, belief and commitment (engagement) are the ABC’s of performance.

The Process: How We Organize a Conversation

It’s no coincidence that doctors and pilots use checklists to ensure they take the appropriate actions to get the results they want. This is exactly what the most effective coaches do in their coaching conversations. They almost always follow some kind of consistent process, whether consciously or unconsciously. You could think of it as a map for navigating a conversation or a checklist for ensuring nothing gets missed. We can use checklists to organize any conversation so that it leads to the appropriate actions.

Most conversations take place in order to get to some kind of decision. There is a current state at the beginning of the conversation and a desired state at the end of the conversation. The goal is usually to have some kind of agreement or action plan for the future. To determine the best path forward, it can be useful to explore many possibilities through different stages. For short, we can label these stages “Goal,” “Reality,” “Options” and “Way Forward,” which is how the popular GROW® model came into being.

The reason we have conversations is to reach a desired end–goal (Goal). We have that end-goal because we want to change the current situation (Reality). We either want to explore ideas of how to close the gap between the Reality and the Goal stage, or we want to enroll someone in how we have decided to close that gap (Options). From all of this, we want to arrive at a decision on next steps (Way Forward).

Every Conversation Has an Impact

Managers are in conversations all day every day — and they all have an impact. The only choice they have is what kind of impact, and how much of an impact, each conversation will have on others.

At its core, coaching is simply a way to organize what you’re already doing so that you can do it more often. Coaching shouldn’t be viewed as another thing on your to-do list. In fact, coaching will save you more time by making your conversations more productive.

Great coaches have a mindset anchored in the belief that people have potential to learn and grow.