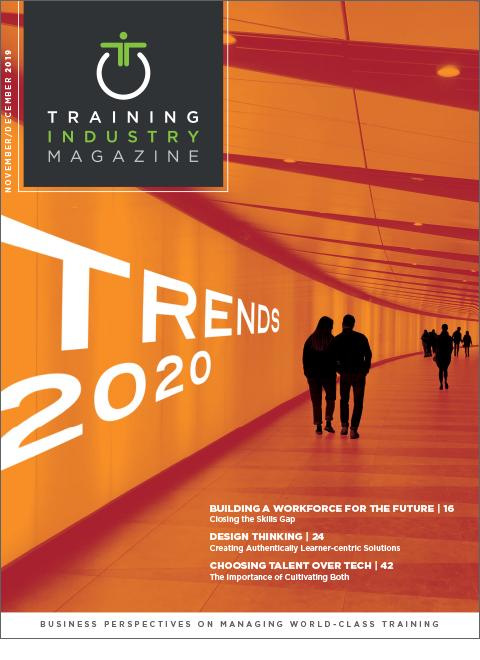 Engagement: It is the word of the day, and there are countless articles and tips on how to improve content to keep learners engaged. Disengagement is not a new problem, however. Surveys have asked questions about engagement for years, and it repeatedly surfaces as one of trainers’ biggest challenges.

While instructor-led training (ILT) has always been the gold standard, the rise of mobile, online and virtual training has added another dimension to the training continuum. Instructors are besieged with new options and platforms. As a result, determining which training delivery method best suits one’s learning objectives is becoming increasingly difficult.

The Evolution of Virtual Communication

Walt Disney predicted it in 1958 in his animated film about the future, “Disney’s Magic Highway,” although his prediction, of course, was simply that video would be displayed through television technology. By the early 1960s, Hanna-Barbera Productions, Inc. imagined the 21st-century “The Jetsons.” In this cartoon, the Jetsons family communicated using video on personal phone calls and watches and used video meeting technology in the workplace.

Despite many attempts to perfect the technology, starting as early as 1927 by Bell Labs, it wasn’t until the last decade that businesses regularly implemented virtual programs. The continuum now ranges from video-based mobile platforms to teleconferences and online systems web conferences to new technology platforms that bridge the gap between virtual and in-person meetings.

The Challenges of Traditional Virtual Training

Cindy Huggett identified several challenges that trainers are experiencing with virtual platforms in her 2019 “State of Virtual Training” report. Her findings include the following:

Juxtapose these findings to another statistic Huggett noted — that 91% of learners across all demographics said collaboration is a key to learning success — and we begin to see some of the obstacles trainers are facing today. Consider ILT, which remains the most popular method of delivery for sales trainers. Virtual instructor-led training (VILT) could very well produce the same results. In fact, Training Industry’s “State of Sales Training Market” report found that 82.9% of sales trainers surveyed are using VILT. But this modality is not without limitations.

This report found that while learners believe ILT is useful and often used, they consider VILT to be less useful but often used. In addition, fewer than half of 252 learners surveyed believed the training they received (in any modality) over the past 12 months “was very effective at positively impacting their job performance.”

What can we attribute these research findings to? For one, despite improvements to the technology, the challenges have not changed much over the years. Ed Satter’s Training Industry article “4 Common Challenges Faced by Virtual Instructors” confirms this reality, citing the following challenges in virtual instruction:

Google also reinforces these challenges. In a study of 5,600 employees, Veronica Gilrane, manager of Google’s People Innovation Lab (PiLab), sought to understand the challenges of working together remotely. In Google’s 2019 Distributed Work Playbook, she reported that the biggest issue remote workers faced was a lack of connectivity.

Another critical element of successful training is measurement. While many learning leaders have historically used the Kirkpatrick Model to assess training outcomes, Kirkpatrick Partners updated the methodology as “The New World Kirkpatrick Model,” which includes several new criteria, including engagement. With the rise of virtual platforms, L&D professionals must measure engagement with the delivery system as well as with the content.

Over the past several years, changes in the training market have meant that training organizations must do more with less — while still ensuring return on investment (ROI). And, as virtual platforms are becoming staples in the training landscape, it’s even more critical that learning professionals choose the platform that can best meet their objectives. Whether they plan to replace ILT or augment it, they must find a platform that can both effectively deliver their content and keep learners engaged.

While the market of virtual platforms continues to expand, trainers are also trying new technologies, such as gamification and artificial intelligence (AI), to engage their target audiences. It is clear that the future of virtual training technologies will be the combination of virtual technology with the collaboration, engagement and multi-modality of in-person meetings. The integration of a live studio production with remote participants can better serve training initiatives, as turning the technology over to professionals enables instructors to focus on presenting their content. It also allows them to see trainees “life-size,” which can improve interaction and, because they can call out learners at any time, increase engagement.

Ultimately, what defines successful virtual training: content or delivery? Unequivocally, it’s both. Even exceptional content will fall short on delivery if the participant is distracted or, worse, can’t join the platform due to technology challenges. On the other hand, in-person training won’t be effective if trainers cannot create an engaging experience, integrating strong content with superior facilitation skills.

Here is a checklist of questions to think through in order to choose the virtual platform that best meets your needs:

In the end, modern training will require an integrated approach to learning, using different platforms to ensure learners’ diverse needs are effectively met. Choosing the right one will make all the difference for instructors and participants alike.

The rise of mobile, online and virtual training has added another dimension to the training continuum.

Shaun Urban is the President of The Inception Company, the innovators of Pando which is the first virtual meeting platform to integrate an in-person studio production with remote participants on a 40-foot video wall. Email Shaun.