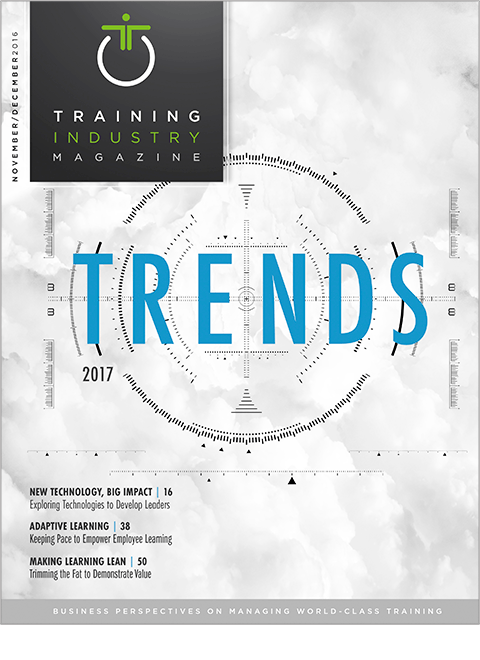 View in Magazine
By making our brains work harder, learning and retention is increased.

“Microlearning” is the employee training buzzword you’ve probably seen popping up all over the place. But is it really just a buzzword, or does it have the staying power to be more than that? Whether you’re an L&D or an HR professional, you’ve probably been told that if you’re not using microlearning at your organization then you’re doing training all wrong. Is there any truth to this statement? Well, yes and no. While microlearning should be a critical part of your training mix, it’s not the only thing. In fact, it’s possible to be using microlearning, but doing it wrong.

In case you haven’t heard, microlearning is a style of video-based learning, usually between four to seven minutes that delivers content in a way that holds the learner’s attention and can be fit into their busy schedules. If a topic is more comprehensive than a seven-minute video can accommodate, then a series of short videos would be created to fill that need. This way learners train on their own time and since anyone can focus for four minutes, they’ll actually pay attention to what they learn.

In fact, according to eMarketer.com, adults in the U.S. spend an average of five hours and 31 minutes watching video each day. Microlearning is based on the principle that video is how we learn, and short video is even more effective. YouTube has been the guinea pig in testing this philosophy followed quickly by employee training platforms.

Why is Microlearning Effective?

Studies show that short-form video is how people learn. In fact, four to seven minutes together may be all the time the modern learner has in a row to focus. Research shows that today’s modern learner is interrupted every five minutes and two-third of workers complain that they don’t have enough time to even complete their jobs, much less complete training. According to a Bersin by Deloitte study, the modern learner is overwhelmed, distracted and impatient.

Gone are the days of the archaic click and advance e-learning slides, studies show that this method is just as boring and ineffective as its predecessor, classroom learning. So how much more effective is microlearning really? According to a recent study by Aberdeen, best-in-class companies are nearly twice as likely to use microlearning as part of their training mix, and nearly twice as likely to measure employee learning gains and calculate ROI based on microlearning. These companies are thought leaders and financial leaders in their industries.

Think of it this way – if your garbage disposal breaks and you’re looking to save a little money you might think, “I’ll just learn how to fix it myself.” And where do you go? Probably Google, probably YouTube. You’re going to find a video of someone fixing the same model of garbage disposal you have and you’re going to quickly learn how to do it yourself. Microlearning has carried that same concept over to the workplace. Why? Because it works, because it’s how the modern learner absorbs information.

Organizations and the Science of Learning

Microlearning seems like the perfect solution, the best delivery system for just-in-time training. And while that might be true, it has one major flaw – people forget. When busy people are fitting fast-paced training into their jam packed lives, things fall through the cracks.

Organizations in the U.S. are spending somewhere between 60 and 160 billion dollars a year on formal training, but here’s the scary part – according to scientific research, employees are forgetting 70 percent of what they learned one day after training is completed. Within 30 days, that number jumps to 90 percent. This has staggering implications on the ROI for training.

So how do we solve the two basic problems, train our people and get them to remember what they learned. Spoiler alert, there is a light at the end of this tunnel.

What Can We Do About It?

There are several steps you can take at your organization to increase learning retention and take back your ROI, and you’ve already taken the first step – awareness. You’re educating yourself on the science of learning and realizing that microlearning, while important, may not be enough on its own. Using research already done by renowned scientists and researchers Dr. Eduardo Salas, Dr. Henry Roedeger, and Dr. Art Kohn, here are six ways you can use science to improve your employee training program.

All six steps we just listed are extremely important to retaining training information, but ultimately it comes down to post-training reinforcement. What are you doing to reinforce the training you’ve already provided and drive it deeper into your learners’ brains? You’ll need to use repetition in the form of “boosts” to force effortful retrieval and let your learners’ brains know that the information you provided them is important.

So what constitutes a “boost?” A boost is anything that makes a learner think critically about information they’ve learned. It could be quiz questions that are multiple choice or true or false, it could be asking them to summarize key takeaways, it could be having them watch a video or read an article related to a topic and then answer a question based on that. Anything that gets them thinking will help them remember. Research shows that the learner doesn’t even have to get the question correct in order for them to remember, they just have to be thinking about the information.

When it comes to “boosts,” timing is also important. Science says that as we get farther away from the time of the original training, we should increase the amount of time between repetitions. This increases the difficulty, but also, by making our brains work harder, learning and retention is increased.

Our optimal recommendation for “boost” intervals was developed by Dr. Art Kohn. He recommends learning “boosts” two days, two weeks and then two months following training to maximize ROI. Try using a learning technology platform which is designed to do this easily.

So Is Microlearning Enough?

Erin Boettge is the marketing content manager at BizLibrary, where she is responsible for all aspects of content development including research and development of e-books, how-to guides, infographics, webinars and more.