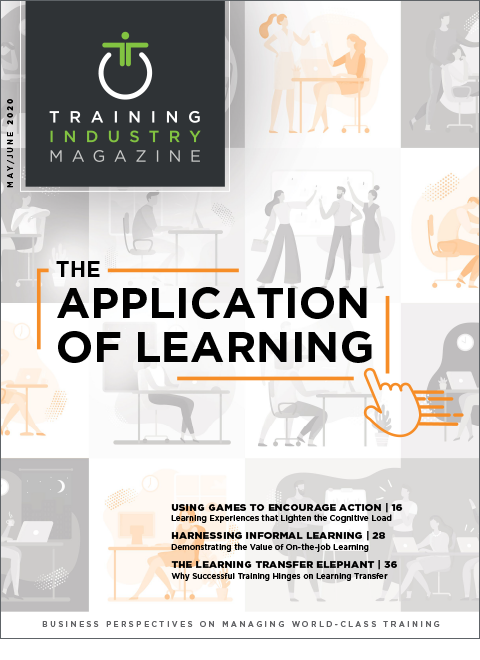 Despite the best-selling efforts of Malcolm Gladwell in “Outliers,” many continue to attribute accomplishments of significance to people born with unique talents. It’s a sort of built-in defense mechanism we have long been able to muster up on demand to reduce (and even eliminate) the dissonance associated with our relative commonality. The messaging sounds something like, “People who do special things came into this world with special gifts.”

Unfortunately, the research findings of Anders Ericsson conclusively neutralize that argument. If, by chance, that name doesn’t ring a bell, Ericsson is a psychologist who has studied people achieving special accomplishments for over 40 years. After studying chess champions, violin virtuosos, record-breaking athletes, memory mavens and a host of others, Ericsson came to two irrefutable conclusions:

Perfect or purposeful practice is characterized by the following:

With all of that as background, I would offer it is difficult to be in the business of leadership development and not be intrigued by Ericsson’s pioneering contributions. After all, nobody cares what people learn about leadership. They only care about how what was learned to drive productivity, improve employee engagement and retain key talent.

And not unlike playing chess, playing the piano or competitively swimming the 100-meter backstroke, the gap between learning something for the first time and consistently delivering outcomes that distinguish you from the crowd is a function of how you stick with it and iteratively get better over time.

What do you think would happen if leadership training were conducted under the umbrella of perfect practice? Common sense would suggest we should be able to identify differences between learners who attended training and were then empowered to figure out training transfer and skill development on their own and those who were greeted on the other side of the training event with a sustainment structure that featured microlearning content refreshers in conjunction with the services of a dedicated and certified leadership skills coach.

That is the essence of the hypothesis that motivated a research project The Center for Leadership Studies embarked upon with Training Industry, Inc. In the spirit of complete transparency, portions of the results surprised us, and we believe they have the potential to surprise you as well.

A total of 77 learners from five highly diverse organizations participated, including government agency, banking, non-profit, healthcare and manufacturing sectors. The study was eight weeks in duration with evaluations before and after that measured the following:

After completing the pre-test, participants attended six hours of virtual training in Situational Leadership® over two days. At that juncture, they were randomly assigned to four conditions of reinforcement:

Coaching: Two virtual sessions (15 to 20 minutes in duration) with a certified leadership skills coach. Each session took place at or around the midpoint of each reinforcement cycle.

In general, here’s what we learned:

1. Reinforcement had a positive impact on team adaptability as well as the intent of the learner-practitioner to continue practice moving forward.

We believe this is worthy of attention for a couple of reasons. First off, this article is being submitted for review amid the chaos of COVID-19 and social distancing mandates. Organizational resiliency has never been in greater demand. Since an organization’s overall resiliency is a function of frontline responsiveness, we believe a manager’s ability to help his or her team effectively adapt to unforeseen and massively disruptive change is resiliency in action.

Another aspect of our findings made more interesting and telling by the rise of COVID: The entire project was conducted virtually – each training session, content refresher and skills-coaching discussion.

2. The participants themselves significantly influenced the results. The pre-test identified those who placed high value on becoming better leaders through goal setting. This had a positive impact on workplace status as well as the frequency, duration and intent of the learner-practitioners to continue to practice moving forward.

Among the variables that present themselves between the successful completion of leadership training and outcomes attributed to the successful transfer of that learning, it can be easy to overlook the learner. It is akin to the evidence that has been uncovered over the years studying employee engagement initiatives. At some point, considering all the sophisticated programs and resources that have been leveraged to address the challenge, we need to accept the fact that there are those – regardless of the organization’s formal and active commitment – who are highly unlikely to ever fully engage at work.

Much the same with sustainment efforts dedicated to building leaders, a key piece of the puzzle is the learner’s receptivity to building skill as opposed to simply acquiring knowledge. We have all endured a class that we had to take but did not value. When the formal instruction was done – so were we.

Will learners who proactively commit to thoughtful practice post-training and intrinsically value the prospect of improving their skill as a leader provide evidence of a positive return on the investment (ROI) in training? They will. Will those who don’t provide similar evidence? Highly unlikely.

In fairness, it is important to keep the inherent limitations of this project in mind. First, and as we are all aware, there is no objective measurement for leadership. If you play chess, you either win or you don’t. When you dive into a pool and swim, you either post your best time or you don’t. If you have increased your ability to effectively respond to the needs of your team during change, can we now crown you a leader? It isn’t that easy, and it never will be.

Additionally, please do not lose sight of this project’s duration: eight weeks. During that period, participants receiving reinforcement formally invested:

If the period of analysis had been extended would we have increased evidence of further impact? We believe the answer would be “yes.”

Reinforcement matters, and it matters most to learners who truly aspire to develop their skills.

The transfer of learning to behavior change that produces results of significance requires extended opportunities for high-quality practice. That quality is a function of many things, but none is more important than a dedicated learner. This reality was never lost on Anders Ericsson. His early work at Carnegie Mellon focused on the impact of practice on improving memory. A student by the name of Steve Faloon signed up to participate in the project. The two met three times a week for an hour. During that period, Dr. Ericson would recite random numbers, and Steve would repeat them back from memory. In their first session, Steve maxed out at eight numbers. After 200 sessions, Steve could consistently and accurately recite 82 numbers. Dr. Ericsson had this to say about Steve:

“Steve was a cross country runner that liked to challenge himself. Everyone who knew him would tell you he trained as hard as anyone… and that his motivation was to improve his own performance, not necessarily to win races.

From that point forward, I made it a point to only recruit subjects that had trained extensively as athletes, dancers, musicians or singers. None of them ever quit on me!”

Reinforcement matters, and it matters most to learners who truly aspire to develop their skills. In that regard, consider the notion that leadership training should be reserved for those who truly aspire to be leaders, and that ROI analysis should factor in a learner’s intent to practice before they ever have the opportunity to participate in the event.

Sam Shriver, Ed.D., is the executive vice president at The Center for Leadership Studies and has over 35 years of direct experience with Situational Leadership®, executive coaching, human behavior and leadership development.