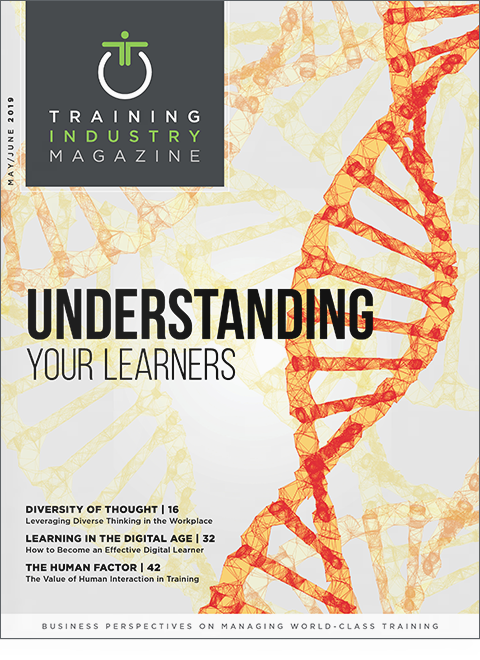 The word “diversity” often conjures images of a workplace consisting of people from different backgrounds, cultures and genders. While those things certainly explain a component of diversity, it’s only part of what diversity includes. Realistically speaking, physical and social aspects only make up about half of diversity. The remainder lies in diversity of thought.

Not long ago, Denise Young Smith, Apple’s vice president for diversity and inclusion, received criticism for making remarks about white men that many considered to be controversial. She said, ”12 white, blue-eyed, blonde men could be diverse.” Despite the way she framed her statement, Smith may have been on to something.

The point she seemed to be making was that you can have 12 different ethnicities of various ages with an equal number of males and females, yet you may not be fully maximizing the opportunities to drive diversity if you are not also considering diversity of thought.

What good is promoting diversity if everyone thinks the same way? The key to successfully implementing diversity is to have a staff with diverse backgrounds and diverse thought. Only then will true innovation and growth be possible.

When hiring, it is important to distinguish potential employee’s whose values align with the company’s core values. Once a core value connection is established, another important consideration is diversity.

The key to successfully implementing diversity is to have a staff with diverse backgrounds and diverse thought.

Different backgrounds and thought processes bring unique viewpoints to the organization that help tackle problems for optimal results. It’s important to understand that while diversity can enhance team performance, it can just as easily disrupt it. That’s where the alignment to core values becomes critical.

How do you know whether someone’s thought process is going to fit into the framework of the team and the organization? Utilizing assessments can be a great indicator of how and why a person acts as he or she does on a regular basis. In addition, these assessments can be a predicter of future behavior.

Understanding a person’s behavior style is a great place to start. Having this knowledge explains how the person regularly operates. When you add the component of motivators, you now also understand why a person behaves in a particular way. Taking it even further, including additional information, such as their level of emotional intelligence, can be a strong indicator of how a person will perform in a certain situation and whether they are capable of succeeding under pressure.

Differing Viewpoints in the Workplace

When people of diverse backgrounds work together, it can sometimes produce a slower, but more effective, overall process. Consider a workplace where several people on a leadership team have a dominant behavior style. They are motivated by maximizing resources and controlling their own destiny. One member of the team, however, is completely the opposite. This employee is driven by experiencing the moment and by having an insatiable desire to help people. Behaviorally, the employee seeks out stability.

From time to time, those on the team with similar behaviors and motivators will get behind an idea and believe that their idea is the way to go. In these situations, the less dominant member of the team will lean into his or her steady behavioral style and, on occasion, demonstratively explain why the rest of the team might be missing the forest for the trees. This leader has been known to sit back, listen, let the others reach some sort of consensus, and only then speak up and voice an opinion. These leaders are known to get everyone’s attention and slowly, but emphatically, explain why the rest of the team might not be seeing the whole picture.

It’s this diversity of thought and behavior that allows the leadership team to see all sides of a situation before rushing to take action. While it may take a little longer, the result is an aligned team that moves in the same direction, to the advantage of the organization.

Someone who has only lived their life in one city, one state or one country simply won’t have the same experiences as someone who has lived abroad or traveled extensively. Big ideas come from unique perspectives. Safe thinking won’t change the world, but diverse thinking can. Think about the impact of inventions like the iPod or the smartphone. Great ideas like those were generated from teams willing to challenge the status quo, try things untried and maybe even fail, before wildly succeeding.

Diversity of Thought in Action

Frans Johansson, renowned public speaker and author of the best-selling book “The Medici Effect,” says, ”Innovation happens at the intersection of ideas, concepts and cultures.” Taking two ideas that seemingly are not related and finding a way to join those ideas together is where true innovation occurs.

In 2004, Anthony Lising Antonio, a professor at the Stanford Graduate School of Education, said ”When we hear dissent from someone who is different from us, it provokes more thought than when it comes from someone who looks like us.”

The Proof is in the Numbers

While the concept of diversity may be a relatively new concept, especially the focus on diversity of thought, the idea has been present in workplaces for generations. The former CEO of General Motors, Alfred Sloan, had these thoughts in response to his team being in complete unison during one meeting: “Gentlemen, I take it we are all in complete agreement on the decision here.” Everyone nodded. He continued, “Then, I propose we postpone further discussion of this matter until the next meeting to give ourselves time to develop disagreement, and perhaps gain some understanding of what the decision is all about.”

Jeff Bezos, founder and CEO of Amazon.com, dislikes “social cohesion” and, instead, prefers open disagreement in meetings. A leadership principle on the company’s website reads, “Have backbone; disagree and commit. Leaders are obligated to respectfully challenge decisions when they disagree, even when doing so is uncomfortable or exhausting.”

It’s hard to argue with the success of either of these two mega-corporations.

How to Make Diversity Work in the Workplace

Organizations need to embrace an appreciation of differences while promoting an inclusive and welcoming work environment. Finding common ground despite our differences is a way to build team rapport.

Organizations need to operate differently under this new model. They need to train, hire, manage and promote differently. Posting job descriptions that attract diverse individuals is a good place to start. Companies will attract opinionated candidates who are willing to challenge the status quo to apply for open positions. When training new hires and promoting, programs should emphasize the company’s core values and how the employee upholds those values.

Great leaders push teams to new heights of creativity and encourage task-focused conflict. Most importantly, the organization needs to foster an environment where everyone feels comfortable sharing their views and being their authentic selves. Creating teams with people from diverse backgrounds, departments and specializations can be a great checks and balances system for any organization. These teams can challenge company strategy, products and preconceived notions with unique and different viewpoints.

According to Employee and Family Resources, Inc., “Reinforce an inclusive culture by integrating both demographic diversity and diversity of thought. By integrating both, your organization will form a mosaic of differences that fuels ideas and new strategies for growth and innovation.”

Focusing on diversity in the hiring process may be an entirely new mindset for your company. Even if it is a whole new way of approaching the employer and employee relationship, diversity in the workplace is integral to growth and innovation within an organization.

Rick Bowers is president of TTI Success Insights. Rick’s role is to envision the company’s future endeavors by creating and implementing cutting-edge solutions. Rick has led development at TTI Success Insights for over 30 years and is a current member of the Hartman Institute’s Board.