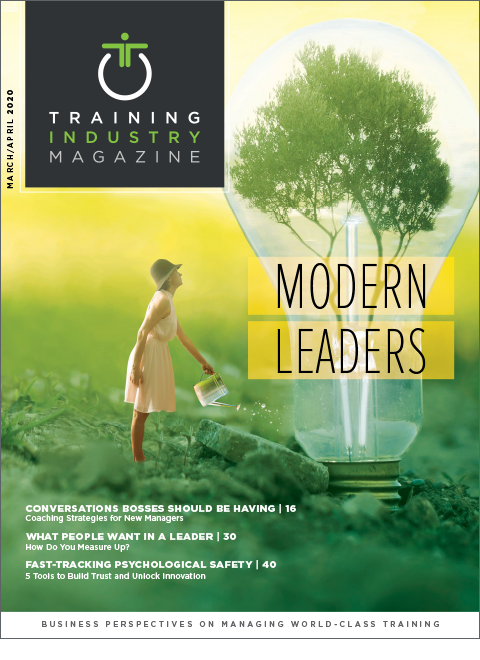 Ever think about how the most powerful people in your organization have comparatively little control over their calendars? Everybody wants to see them, and most – if not all – of those requests are accompanied by some semblance of defendable business rationale. For example, we worked with an executive a few years back who shared that, before she made one discretionary decision regarding her upcoming work week, she was booked into 40 hours of prioritized meetings.

Since you are in the middle of considering these things: What exactly is power? And perhaps more importantly: If you are a learning professional who seeks to develop strategies to help those that have the potential to become those powerful people, how do you proceed?

To answer those questions, it may be helpful to consider power and its relationship to leadership. Power is influence potential. Think of it as a reservoir of dormant energy waiting to be deployed. Comparatively, leadership is an attempt to influence. Think of it as the kinetic energy a leader puts in motion to get things done through others.

Leadership is the kinetic energy a leader puts in motion to get things done through others.

Those of us responsible for designing and implementing strategies to develop leaders have been actively studying that energy for a long time. For instance, we have known since the 15th century and the documented observations of Niccolò Machiavelli that the source of power emanates from two highly interdependent sources:

Energy in motion – leadership – has always been difficult to define (which is probably the reason there are nearly 7,000 definitions). So consider a description we recently came across while listening to two radio talk show hosts discussing the leadership attributes of Dan Mullen, football coach for the University of Florida:

All of that is to say, if you want to develop leaders in your organization, at minimum, do these four things: