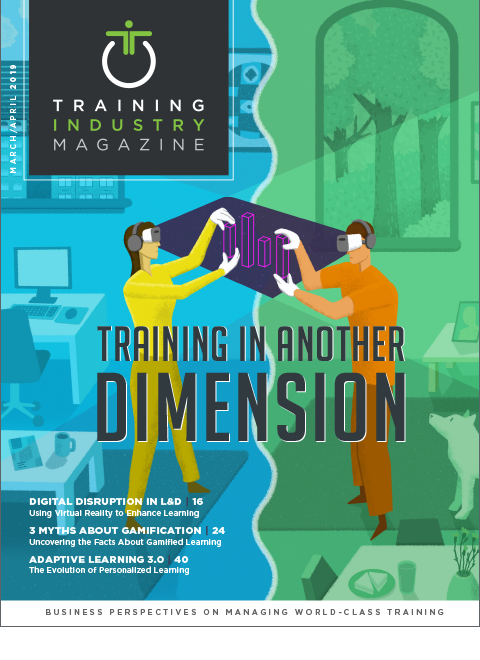 Gamification has often been perceived as frivolous in workplace learning. But its considerable power to deeply engage learners is increasingly benefiting learning and development (L&D) teams. In addition to transcending demographics, game elements can be a force for good in helping people to learn and master new techniques – so long as they’re designed effectively.

If you’re a learning professional, you could be missing a great opportunity to add this emerging medium to your training programs. What are some of the enduring myths holding businesses back from exploring game-based approaches? Let’s examine three of those myths.

Some learning professionals are wary of suggesting or commissioning a game or elements of gamification in learning programs. This is driven by a fear that it will trivialize serious subjects such as compliance, health and safety or conduct rules training.

Even if a game-based approach appears to be a good tool for training, they suspect that it will be off-putting and alienating to certain learners. In truth, the same qualities that make gaming engaging outside of L&D can make it extremely effective in professional training.

There are many aspects I could mention here, but let’s start with goals and motivation. In well-designed game-based learning, learner goals are clear. They may not be easy to achieve (in fact, a difficult challenge may compel learners to return again and again in an attempt to solve it), but learners know there is a way to prevail.

They also know roughly what they need to do, how close they are to achieving their goals, and that a sense of satisfaction (and possibly celebration!) is likely to ensue if they succeed. This all adds up to a sense of control and achievement, which is one of the reasons why game-based learning can be fun while enforcing key knowledge about serious subjects.

What makes gaming engaging outside of L&D can make it extremely effective in professional training.

Along with making these goals well-defined and measurable, effective game-based learning also provides clear progressions along the way and feedback on progress. Video games include these as a matter of course, but many e-learning courses fail to marry learning objectives with obvious goals. An educational game with clear goals is likely to be more compelling than an e-learning course with less well-defined goals.

Another lingering stereotype is that games are predominantly a pastime for adolescents. But more and more people are playing recreational games, and there’s plenty of evidence to suggest professionals of all ages have an appetite for gaming. In the U.S., research has shown that even in the working age group that is least likely to play video games, people aged between 50-64, 40 percent of people play video games on a computer, TV, console or portable device.

The split between men and women who play games across all ages is roughly equal, and the figure rises to around three in five people between 30-49. Meanwhile, less surprising is the finding that more than two-thirds of individuals between the ages of 18 and 29 play games.

Whatever their age, the key factor in the success of using game-based learning lies in knowing who your learners are, what they need to learn and how to design learning that appeals to them.

According to Jesse Schell, games designer and author of “The Art of Game Design: A Book of Lenses,” you should ask yourself:

In Zero Threat, an award-winning game created by Eukleia to raise cybersecurity awareness in businesses, learners are given control of an IT network that is under constant attack. The game recreated dozens of risks they might not normally be aware of. The interactive gameplay provided tests for learners from all angles, whether in taking steps to deal with phishing emails, malicious websites, infected USB sticks, or deliberate insider threats.

Ideally, games such as Zero Threat help learners to experience a state that you may have heard described as “flow.” This allows learners to enjoy the exhilaration of creative accomplishment that occurs when undertaking challenging but achievable tasks. Gameplay also includes a points system and a series of rounds that learners must complete in order to win the game. These are just two of the types of incentives you can use to make your learning addictive.

As learners, we often construct models of reality in order to practice (think of running a fire drill or performing a role-play in a workshop). Just like a traditional handbook or instructor-led training, game-based learning is a medium that can potentially be used to your advantage in any way you see fit.

Learning designers call practice opportunities simulations, using them to give learners a safe space in which to experiment and improve. These can be particularly useful when it comes to building learner knowledge in critical situations.

It would be impossible, for example, to allow doctors to test their skills in a complex operation setting in real life. And in Zero Threat, learners are given the chance to explore their decisions without facing serious repercussions such as data theft.

As David Arnold, a game designer at BAFTA-winning applied games studio PRELOADED (co-creators of Zero Threat), points out, this kind of learning can be an excellent method of driving up retention and engagement in order to reinforce key learning points.

Simulations simplify the complexities of the real world and allow learners focused practice, but that doesn’t mean they dilute or dumb-down the importance of the learning. In fact, the repetition of game-based learning can emphasize the importance of making the right decisions in critical situations and help people to exercise mastery.

Flight simulations for pilots and emergency simulations for cabin crew, for example, are common occurrences and an accepted part of training. While they might not entirely recreate the pressure of a real-life health and safety or security emergency, they can provide a highly realistic way for learners to prepare to face the simulated scenario in a genuine setting.

Designing a complex game is more challenging than designing a standard course, as scoring systems and game mechanics must be tested and refined. But well-designed games and elements of gamification can be powerful tools for learning as part of your training strategy. With their popularity on the rise, now could be the time for your organization to find out how gamified learning can help you reach your business goals.

Ryan Timpany is the technical digital designer at LEO Learning.