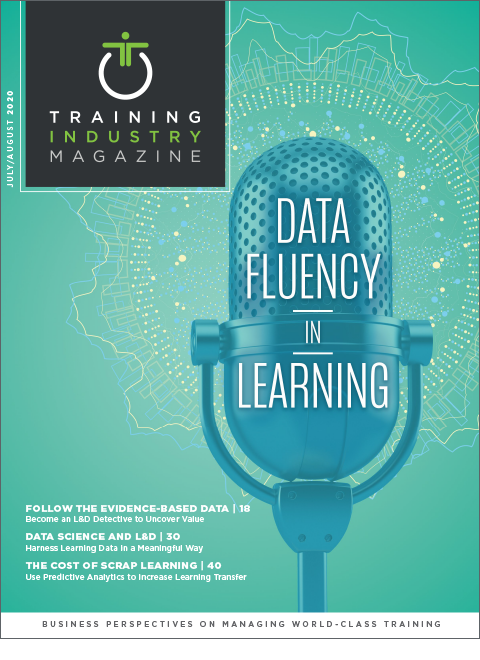 If your boss called in sick tomorrow, would you be happy or sad? Does the thought of no boss in the office or no boss at your afternoon meeting instantly get you pumped? In a recent study, a sample of 341 LinkedIn participants were asked whether they were happier and less stressed when their boss called in sick, was absent from work or went on vacation – 88% said yes!

This means that – instead of providing comfort, security and confidence – most bosses have the exact opposite effect. Why is this unnerving? By its very nature, “good” leadership means that a boss protects and provides advantages to followers that make them feel more secure when the boss is around. So why are so many of us reveling the days they go missing? They may not be nightmare bosses that bully and paralyze their employees, but maybe more of us have “bad” bosses than we like to think.

The question is – even if your boss is a little bad – what is that costing you and your organization?  And what are some of the costs that aren’t so obvious? We all know about absenteeism and turnover, but what about hidden costs that may be more pervasive yet harder to quantify? You might think you’re fine because your boss just “rubs you the wrong way,” but much like a skin condition, we know that chronic “rubbing” day after day doesn’t allow for healing and brings on more inflammation. Whether it’s mind or body, we need less aggravation and more soothing support to stay happy, healthy and productive at work.

As a society, we’ve come to recognize how important healthy relationships with our family, friends and partners are for our overall happiness, but we often overlook or underestimate the powerful effects of our relationships at work. The truth is most of us spend more hours at work trying to navigate and nurture our relationships with our bosses and peers than we do at home with our families. If this full-time relationship with your boss isn’t working or is ripe with conflict and resentment, there will inevitably be direct and dire consequences to your overall feelings of happiness, sense of security and perception of self. Studies show these constructs can decrease anywhere from 10% to 86% depending on the level of daily interaction with a bad boss.

Beyond mental health, bad boss relationships can wreak havoc on your physical state. When we find ourselves in conflict, our sympathetic nervous system is activated, and our bodies go into a natural fight-or-flight response. This physiological response is the exact same response we had tens of thousands of years ago if we were getting chased by a saber-toothed tiger. Do you know how much energy you’d expend if you were to experience even a fraction of this response every day at work? Imagine your body has to ramp up for conflict every time you go to a meeting or talk to your boss. These smaller, more frequent sympathetic activations over time are worse for your health than the big bad tiger! This negative and chronic stress response will affect your:

Beyond mental and physical damage, what about the obvious and devastating effects a bad boss has on your work performance? What could a bad boss be doing to things like employee creativity, motivation and productivity?

Impact on Creativity and Innovation

Your decision to channel all your creative and innovative thinking into making your company better will only happen when:

If these three criteria are fertile ground for creativity, do you think bad bosses get the creative juices flowing? Exactly the opposite. Bad bosses create a negative psychological state that stifles creativity and innovation. Instead of thinking about helping the company succeed, employees are busy thinking of ways to handle a bad boss. Can you imagine how many great ideas throughout history have been stifled by bad bosses?

Impact on motivation and productivity

When it comes to our work, we build a pretty big part of our identity by how hard we work and how we “show up.” A bad boss can quickly drain motivation and nosedive productivity. Impact on productivity research suggests that employees with bad bosses waste between 10% and 52% of their time at work. Instead of working, they spend time withdrawing, avoiding the boss, networking for support and ruminating about their situation. And the time wasted when they’re physically at work is just the half of it.

The other half of the productivity loss – conservatively estimated at $150,000 per boss per year – comes in the more direct and quantifiable time away from work, increasing absenteeism, sick leave and eventual turnover.  When employees do show up, some recent workplace productivity statistics found:

Can you imagine how these numbers may affect the bottom line? If we did a rough calculation of time wasted and a conservative cost estimate, we easily reach an average of $75,000 per direct report. Multiply that by the amount of direct reports per bad boss (let’s assume only five again) and you’re already up to an average of $375,000 per year.

While the bad bosses might be telling themselves they’re commanding higher performance for the sake of the business, they’re actually having an opposite and negative effect on productivity and organizational performance. Bad bosses prevent good work from getting done and cause confusion for their direct reports. Employees become exhausted, disillusioned and burnt out.  Because of the mess they create, bad bosses cost businesses billions of dollars in lost productivity every year.

If employees are under the influence of a bad boss and experiencing lower motivation, engagement and performance, what does L&D do to close this gap? They give employees more training. But if you have a bad boss, training is never going to have the intended effect.

In my research on the training climate over the past 15 years, one consistent finding has been that trainees reentering bad post-training environments will reap less benefits from the training than those who go back to supportive bosses. In fact, differences were so pronounced that the group with supportive managers achieved a positive return on investment (ROI) while the other group had a negative ROI. Having a bad boss can literally make or break training investments and prevent your development. Depending on the cost and the number of participants, I’ve seen anywhere from $1,000 to $20,000 lost in training dollars for all employees under one bad boss.

The Bottom Line on Bad Bosses

A bad boss can wreak havoc on people and businesses. Each one can cost us our health and happiness, as well as the company he or she works for over $500,000 every year. Direct reports of bad bosses spend every day anticipating future conflicts and ruminating over previous ones. Employees’ motivation, creativity and performance are devastated, costing them years of career growth. At home, their stress and unhappiness take an unavoidable toll on their personal relationships. Beyond the mental upheaval, they can suffer significant health problems, eventually shortening their lives. Beyond the conspicuous bad bosses, there are those that influence so subtly that you may not even realize why you’re unsatisfied, discouraged and unhappy on your job.

With bosses having this much sway over our mental, physical and professional health, it’s no wonder we’re sensitive to their tones, moods and attitudes. Perhaps that’s why most people – even if they don’t have a really horrible boss – would rather just spend the day without one.

Dr. Paul Leone is an industrial-organizational psychologist with over 16 years of experience as a measurement consultant for top organizations around the world. He is a sought-after thought leader and the founder of MeasureUp Consulting, where he helps companies measure the impact of their training initiatives.