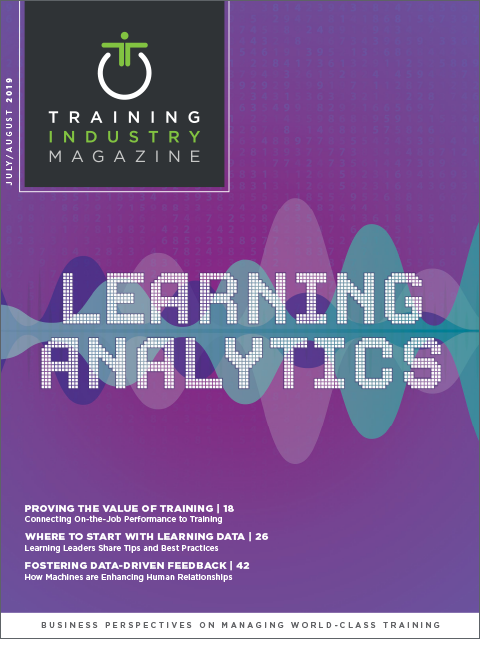 Thanks to the Internet and evolving technologies, education has never been more accessible. To ensure that language is not a barrier when delivering education to global audiences, e-learning localization requires strategy and expertise to ensure a successful outcome. The aim of e-learning localization is to give a course the look and feel of having been created specifically for a particular market, regardless of language, culture or location. This article serves as a high-level blueprint for e-learning developers who are considering localizing their programs in one or more languages.

E-learning Is Here to Stay, Globally
Due to the numerous advantages e-learning-based education provides to organizations, it is not only going to remain an effective delivery platform for training; it is projected to show significant growth in the coming years.

The “E-Learning-Global Market Outlook” report by Orbis Research estimates that the global market for technology-based training will grow at a compound annual growth rate of 9.5%, from $176 billion in 2017 to over $398 billion by 2026. While e-learning revenue levels and growth estimates vary, most data point to a continued upward trend on a global scale.

In 2011, the worldwide market for self-paced e-learning was $35.6 billion. At that time, the annual growth rate was projected to be 7.6%, or $51.5 billion, by 2016. Although 7.6% was the estimated average growth rate, different regions around the world experienced much higher growth rates, with Asia and Eastern Europe experiencing close to 17% growth and Africa and Latin America estimated close to 15%. Just five years later in 2016, market size rose to $46.67 billion, according to Docebo.

What is fueling this growth? It can be attributed to a combination of several factors:

Given the growth rates and revenues cited previously, it appears to be universally accepted that self-paced e-learning is not going away anytime soon. Additionally, while English is currently the primary language of e-learning course development, making courses available in multiple languages is critical to reaching a wider audience and achieving overall program success.

Making courses available in multiple languages is critical to reaching a wider audience.

Popular state of the art tools, such as Adobe Captivate, incorporate XML file export and import for a simplified and streamlined localization process. For example, Captivate’s functionality includes the export of captions to a text or an XML Localization Interchange File Format (XLIFF) file, as well as the subsequent import of the translated text file into a copy of the original project file. Tools such as Articulate StoryLine support right-to-left languages such as Arabic and Hebrew, as well as double-byte character sets for languages such as Chinese (simplified and traditional), Japanese and Korean.

Today’s technology eliminates many of the barriers organizations used to face when localizing their e-learning programs into multiple languages, making localization more feasible to those who may have previously been apprehensive about attempting localization of their courses.

E-learning Components Requiring Localization
Organizations differ in their approach to e-learning course design and to the components they include therein. Let’s examine some of the more common features of e-learning programs.

1. Content and narrative translation and formatting The program content will include all on-screen text (OST), which will need to be translated and formatted. For example, text that is translated into languages that expand, such as French, German and Spanish, will need to be reformatted so that it appears properly on the screen originally designed for English text. This can present quite a challenge with more complex screens and is best done by an experienced multilingual desktop publishing (DTP) specialist.

The content and presenter notes typically make up the course narrative and will include descriptions of what is being discussed, as well as instructions and tips for the user. The narrative may take the form of true voice narration or may be in the form of closed captions.

Whether using voice narration or subtitles, the timing of the localized application will need to be adjusted in order to account for matching the voice or subtitles with the on-screen text. It wouldn’t make sense for the narrator to be speaking about an item on the screen when another is being highlighted or referenced. The cadence of each language will dictate the timing of how long a screen appears and must account for the amount of time it takes to narrate the translated text or for someone to read the translated subtitle before a new slide appears.

2. Graphics
On-screen graphics may contain text that needs to be translated. When text is embedded in the graphic, the text will need to be reproduced in an external file and translated, after which the original graphic can be localized. Localizing can be defined as replacing the source language text with the target language text and formatting it so that it appears correctly. As this step is frequently done using a graphics editing application, it is most commonly performed by a DTP specialist rather than a translator.

4. Navigation and action buttons
Depending on how they are designed, e-learning programs will often incorporate navigational or action-related buttons containing translatable text. Examples of these include buttons such as PREV (previous), NEXT, SUBMIT and CONTINUE. As with embedded graphics text, this content is either manually extracted, translated and reinserted by a DTP specialist, or may already be translated in the tool. In the latter case, selecting your target language will prompt the system to display the translated navigation.

5. Subtitles and voice-over recording
Development budgets may control whether subtitles or actual voice narration is used when designing a course. Subtitling is far less expensive and time-consuming than providing a narrator. The same is true about localization; it costs far less and requires less time to translate subtitles than to record the translated narration using a live voice. Studio time, directors and professional voice talent all add up to what can be a costly proposition. The end result of a voice-over, however, is a much more professional-looking, and sounding, product. Most importantly, the participant retains more of what is being presented, since she or he is not forced to read subtitles rather than focus on the lesson at hand.

Delivering training via e-learning platforms is a proven approach and is projected to increase year after year. The introduction of social, mobile, analytic and cloud (known as SMAC) technologies has facilitated the adoption of e-learning solutions.

Organizations spend significant resources designing, developing and testing e-learning programs in order to effectively educate clients on products or services and employees on internally focused topics. By only providing education in a single language, you are excluding those who do not understand that language and those who do not understand it sufficiently enough to be able to learn in it.

Making your e-learning and other computer-based training curricula available in multiple languages will serve to increase the number of people who can benefit from this educational tool. Additionally, comprehension and retention levels will be dramatically improved as people learn in a language they can understand and work in.

Today's technology eliminates many of the barriers organizations used to face when localizing their e-learning programs.

Ralph Michael Strozza serves as the chief executive officer of Interpro Translation Solutions, which he founded in 1995. He begun his career in the localization industry in 1982 and has staffed and managed corporate translation teams in North America and Europe.