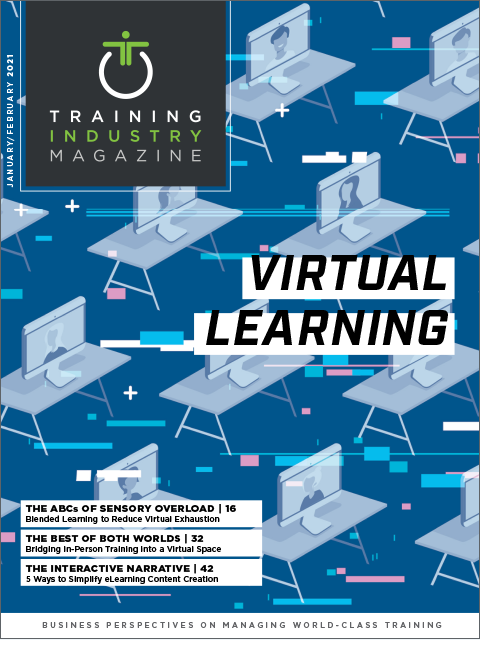 There is something about sitting around a table with friends, laughing and giggling as you play your favorite card game: the energy in the air, the crisp feel of the cards, the sound of shuffling the deck, the uncertainty of not knowing what card you’ll draw next. Playing cards is a universal social experience. Almost everyone, at some point in their lives, has played a game of cards. It’s for this reason that often even the thought of playing a card game conjures up feelings of joy and connectivity.

It may seem simplistic in an era of highly immersive video games and virtual reality goggles. But it turns out, good, old-fashioned card games have a number of advantages over complex online games. These advantages reduce the barrier of entry for playing digital games, create a feeling of closeness among geographically dispersed team members, and cultivate a sense of nostalgia and fun in online learning.

Card games also allow players to practice skills over and over, without a sense of repetition or exhaustion. Card games are a great way to have learners review materials, apply skills and learn from their mistakes.

The sheer variety of card games almost guarantees that leaners are generally familiar with how card games work. From Go Fish and poker to Magic the Gathering and the original Pokémon collectable card game, almost everyone is familiar with at least one type of card game.

Card games are a great way to have learners review materials, apply skills and learn from their mistakes.

This sense of familiarity makes that the concept of playing a card game for learning less strange or intimidating. Learners quickly grasp the concept of a card game, because they know many card conventions already, such as drawing cards, shuffling of the deck, taking turns, laying down cards, and other actions and rules. Players know all of this information without having to be taught. This means that onboarding players is simple, and learners can spend more time learning and less time figuring out how to play the game.

In contrast, complex digital games with avatars and obscure key controls can confuse learners. However, with card games, learners are generally comfortable with a card game paradigm. And they don’t need to be taught how to move characters, access inventory or any other elements often associated with more complex games.

The seemingly simplistic nature of card games should not deter a learning and development (L&D) professional from considering them for teaching and reinforcing a variety of high-stakes concepts. There are three areas in which card games can be extremely effective:

There are many facets to a successful salesforce: the need to understand the products or services being sold, the sales process, and the competitive landscape. One common method for teaching the combination of these skills is to create a role-play game.

Unfortunately, role-play games often elicit moans and groans. As an alternative, incorporate a game where the sales professionals are required to read and respond to scenarios on cards and have their peers react. In this simple card game, a deck of cards appear in the middle of a virtual table and each player receives cards in their hands. The cards are not visible to the other players and consist of a thumbs-up, thumbs-down and challenge cards.

The first player takes their turn by flipping a card from deck and acting out the scenario. When the player is done, the other players can play a thumbs-up card if they liked the response or a thumbs-down card if they did not. Finally, there are challenge cards that require the first player to restate or add something new to their response.

The game helps players practice sales dialogue, provides players with immediate feedback on their sales approach, and offers an opportunity for all players to actively consider and think about their own sales conversations. Often, sales professionals are required to learn an organization’s sales model but have little time to practice using the model before they have to go sell. The game provides an opportunity for the sales rep to practice their selling skills in a safe and fun environment where they receive feedback on what they did right and what they can improve on.

Using a similar game design as above, learners can also practice negotiation skills. In this head-to-head challenge, players are provided a scenario, such as, “You are opening a negotiation online with a past customer and they want to discuss price. What is your opening?”

Once the card is drawn, a dice is rolled to choose another player as the client. Now, the two conduct a mini-negotiation for an established time limit while the other players listen. Once time runs out, the players who are not negotiating vote with thumbs-up and thumbs-down cards on who they think is the winner.

The game allows the listening players to critically critique and dissect the negotiation conversation and allows the two negotiating players to practice their skills and evaluate how certain statements and techniques will be accepted or received.

While there are many card games that can be used to teach or reinforce leadership skills, this game provides individual leaders an opportunity to think critically about the challenges facing them in their organizations.

This is a sorting game where the player is presented with three sorting piles. One pile is for “immediate action,” one is for “delayed action” and one is for “no action.” The player then flips over a card, and reads the situation presented on the card. The player then decides how to sort the card based on the situation. The player sorts all the cards and is scored on how effectively the tasks were handled. This game allows leaders to see and think through leadership challenges they may commonly experience. It also helps leaders practice quick and informed decision-making and provides them with feedback on the efficacy of their decisions.

To reinforce leadership skills, one organization presents this quick “leadership challenge’ to its leaders on a weekly basis with only five cards to sort. This quick exercise keeps team members sharp and keeps leadership issues front of mind. This means employees are critically thinking about leadership issues at least once a week.

These are just a few examples of how digital card games can teach and reinforce key skills in an organization. The simplicity, familiarity and ease at which card games are played mean that time is spent learning and not explaining game play. Consider adding a digital card game to your training toolkit to recreate the excitement and energy of game night with a focus on learning.

Karl Kapp, Ed.D., is a professor of instructional technology at Bloomsburg University and is founder of The Learning and Development Mentor Academy, a member-only, collaborative consortium of L&D professionals that provides self-paced courses and live, monthly educational sessions. Karl is also an advisor to Enterprise Game Stack, which creates online digital card games.