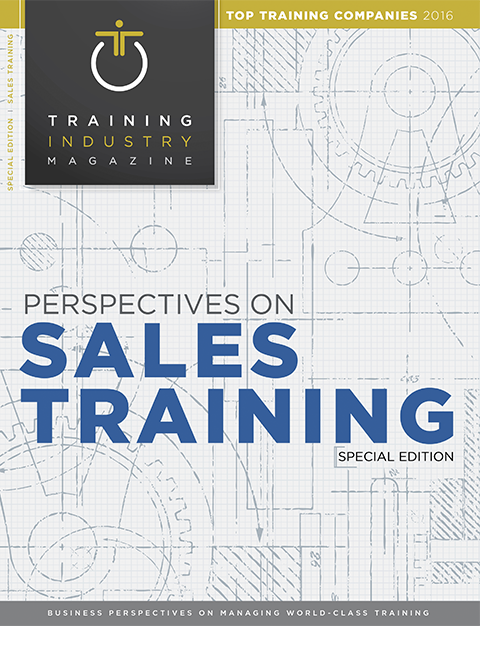 View in Magazine
Customers are 4.5 times more likely to forgive a single bad experience when they trust their salesperson.

We’ve all seen the array of “new” sales methodologies and approaches in recent years – from uncovering hidden needs and adapting to the way modern customers buy, to assuming the role of a business partner, consultant or even teacher. Many of these strategies suggest they can deliver the highly-sought-after, long-term loyalty from customers that results in lower acquisition costs and increased revenues.

Every model has adherents and salespeople who claim success with it, and yet every model also fails to produce the stellar results promised for some of those who use it. Why? Because some salespeople have developed the critical underlying attributes and interpersonal skills to build the trust and relationships needed to effectively execute the models, and others haven’t.

It’s Still All About Trust and Relationships

Given the changing nature of selling interactions, some have said that “relationship selling” is dead. Indeed, with the commoditization of products and heightened customer sophistication, along with the increase in price transparency and online reviews, companies are being forced to be more strategic in the way they engage their customers. At the same time, trust is known to be an important driver for satisfaction and loyalty to a company, and certainly, trust plays an essential role in any relationship, no less within an economic one.

To most consumers, trusting their salesperson is more important than getting the lowest price. In a survey by Dale Carnegie Training of more than 1,000 consumers worldwide, 63 percent of respondents said they would rather have a salesperson they “completely trusted” than one that gave them the “best price.”

Confusing the issue, however, is that, in general, when you ask customers directly how important “relationships” are with their salesperson, they aren’t likely to rate it very highly compared with other more tangible attributes. For example, only 23 percent of customers in our survey chose “relationship” as one of the top three attributes describing their ideal salesperson. Yet most customers place a high value on tangible attributes that they say lead to positive relationships; respondents said “listening to me to understand needs” (87 percent), “respecting my time” (84 percent) and “being able to trust them” (78 percent) were all very or extremely important.

Clearly, a salesperson has to be competent, both socially, in their ability to interact effectively with others, and professionally, by developing the intellectual or knowledge-based competence specific to their products and industry. Ninety-one percent of our respondents confirmed that a “knowledgeable salesperson” is very or extremely important for building trust. Research consistently finds that effective communication is directly and positively linked to trust and that it has a strong positive effect on commitment.  As any salesperson knows, it’s certainly vital for being able to understand needs and convey value to customers.

So, what’s the pay-off? The impact of trusted relationships on customer loyalty reveals itself in both attitudes and behaviors. Customers’ likelihood to do further business with a supplier, recommend it to others, and the probability that they would pay a premium for the firm’s products are also shown to be positively influenced by their relationship with the salesperson. Our survey also found customers are 4.5 times more likely to forgive a single bad experience when they trust their salesperson or have a great relationship with them than when they distrust or dislike their salesperson.

In the end, while marketplaces and the world around them are constantly changing, humans remain human, and research continues to confirm that attributes of interpersonal processes, and the trusted relationships that can result, have a greater influence on customer satisfaction and loyalty than the attributes of the product itself.

As critical as building trust and relationships are, sales organizations cannot teach them directly. Rather, these concepts are an outcome of each salesperson having the right individual attributes, skills and behaviors in place. It stands to reason that companies that focus on developing these interpersonal assets within their sales force, independent of which sales model they use, will be more successful in today’s hyper-competitive, customer-driven marketplace.

Mark Marone, Ph.D., currently consults with Dale Carnegie Training to provide research and thought leadership around trends in the sales process and effective selling skills. He is the co-author of two books: “Secrets of Top Performing Salespeople” and “Strategies that Win Sales.”