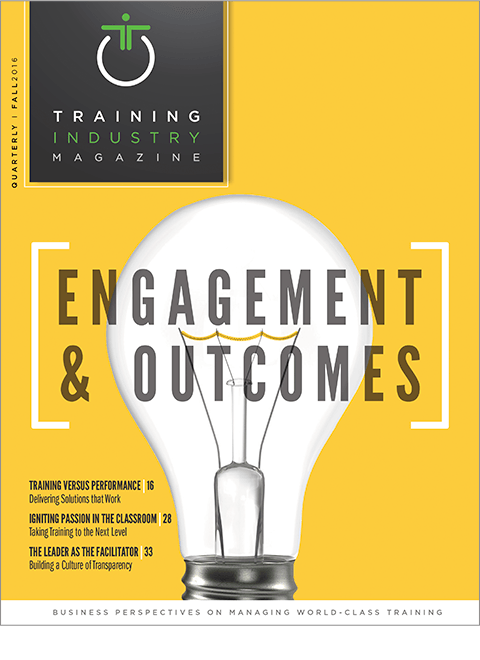 View in Magazine
Create a forum where truth telling is celebrated, rewarded and normal.

Historically, “leadership” has largely been considered a top-down function. Leaders were masters of their crafts that doled out their knowledge over time to eager apprentices aspiring to gain wisdom. Enter the “Knowledge Worker.”

“Knowledge Workers are people who know more about what they are doing than their boss does.”

Fundamentally, the ever-increasing presence of the Knowledge Worker threatens to render our traditional assumptions about top-down leadership obsolete. It also presents challenges to modern-day leaders that their counterparts in years gone by were not called to address:

“How do you help your team members achieve their goals when you – as a leader – are not an expert on the topic?”

To illustrate these challenges, we will examine how one CEO, Alan Mulally, gained well-deserved notoriety for creatively leveraging the skills of his team, the people of the Ford Motor Company and the Situational Leadership® Model to lead an incredibly successful turnaround. This example demonstrates how “The Leader as Facilitator” has a higher probability of success than “The Leader as Boss” when leading Knowledge Workers.

A leader’s transition from boss to facilitator is a function of the leader’s ability to create an open and transparent environment that encourages team members to assess and articulate their own level of performance without fear or shame of any kind – and be open to help from people at any level of the company. Clearly, this kind of transparency is much easier to imagine than it is to establish. Fortunately, we have an example for your consideration.

Developed by Dr. Paul Hersey and grounded in over 50 years of foundational research, Situational Leadership® is a practical, repeatable model that is most frequently referred to as “organized common sense.” The Situational Leadership® Model is based on the relationship between leaders and followers and serves as a framework to analyze each situation based on:

This approach stresses flexibility and simplicity in execution, helping leaders across the organization address the most pressing challenges pervasive in today’s work environment.

When Alan assumed the role of CEO in 2006, here are a few of the top-line “opportunities” that awaited him:

Alan’s first acts were to form a cohesive leadership team and to come together around a compelling vision, comprehensive strategy and relentless implementation process. He then convened a weekly meeting with the 16 members of his leadership team (all of whom would certainly qualify as credentialed Knowledge Workers). Initially, Alan asked each of them to do two things:

The results from that first meeting? Each of the 16 team members reported GREEN (even though the company they ran happened to be in a tailspin headed toward a record $17 billion loss!). In light of the impending reality, Alan encouraged his team, “Let’s do it again.” After a period of time, Mark Fields (current CEO of Ford) finally said, “RED!” He then went on to candidly describe a problem of significance with no real strategy to fix it.

Looking back, Alan viewed this as one of the most important moments in the turnaround of Ford. In response to Mark’s transparent assessment, Alan literally stood up and applauded. He congratulated Mark on having the courage to openly admit he had a problem – and even more – to admit that he had no idea on how to solve it, but that he was working on it.

He then said something few leaders have the nerve to say in the presence of their leadership teams:

“Mark, you have a ‘RED.’ Above all else, sincere thanks for the transparency! Also, please recognize this … it’s OK! Now, just to be clear, I don’t have the answer to your problem either. But, good news! We have thousands of very smart people who work here at Ford. Let’s get to work and find somebody who can help Mark solve this problem.”

What happened? The team turned their attention to Mark’s problem and identified people who had the experience and expertise to help. Within a few minutes, there was noticeable movement in a positive direction. What followed were a series of bold and effective decisions that drove a truly legendary transformation. Alan retired in 2013 and during that year, Ford earned $7.2 billion, which translated to record profit-sharing bonuses of approximately $9,000 per employee.

THE LEADER AS FACILITATOR

There are a number of lessons from Alan’s experience at Ford that are transferable to anyone tasked with the responsibility of leading Knowledge Workers:

Target transparency and applaud when you get it.

Most of us have difficulty articulating our struggles in a public forum, especially in the presence of our boss and peers. This probably stems from history we may have with bosses who said things like: “Don’t come to me with a problem, come to me with a solution!”

When you think about it, that is exactly the opposite of what an effective leader should want. If people have problems, you want to get them out on the table so you can help find solutions. When Mark Fields said, “RED,” Alan went out of his way to say, “That’s OK,” and provide the kind of positive recognition that encouraged truth and inspired trust.

Recognize that knowledge is power.

Leading a Knowledge Worker means they know more than you do. Embracing that reality in the context of organizational power is critical. The boss can rarely force people to tell him or her the truth. They can, however, create a forum where truth telling is celebrated, rewarded and normal.

Be wary of making suggestions without true expertise.

It is difficult – if not impossible – for the formal leader (aka boss) to make suggestions. What do you think would have happened after Mark Fields said “RED” if Alan had responded by saying: “Have you tried this?” or “Have you tried that?”

There would have been a strong tendency for Mark (and everybody else in the room) to say, “Great idea,” and then turn their attention to implementation. This is problematic for two reasons:

After hearing “RED” and providing recognition for the honesty, Alan made it clear that he would not be the source of a solution. It may seem odd, but this more than anything was a call to collaborative action.

Leadership is a multi-directional dynamic. It can come from the top down, but it often flows from peer to peer or from the bottom up. If the problems Ford was facing when Alan became CEO were well defined and simple, somebody would have figured them out long before he arrived. Ford faced monumental (and highly complex) challenges.

Almost immediately Alan called upon the collective wisdom of the “thousands of very smart people” at Ford to help solve them. It is in this light that the “Leader as Facilitator” is distinguished from the “Leader as Boss.” Alan leveraged the legitimacy of his position as the driving force behind the search for solutions he was incapable of producing based on his experience alone. It’s almost like his mantra became: “By all means, come to the team with problems … so we can all work together to help you find a solution.”

Check your ego at the door.

Fundamentally, leading Knowledge Workers requires that the leader get rid of ego and focus on achievement. Again, to quote Peter Drucker, “Our mission is to make a positive difference, not to prove how smart we are.”

With ever-increasing regularity, leaders at all levels in organizations will be responsible for effectively influencing Knowledge Workers. Creating an environment where those individuals can transparently communicate their level of performance provides the leader with the opportunity to facilitate forward movement, accomplish important goals and build a culture that thrives on achievement.

Marshall Goldsmith is the world authority in helping successful leaders get even better. Alan Mulally is the former CEO of Ford and is currently helping great companies move to a new level. Sam Shriver is the senior vice president of commercial operations and product development at The Center for Leadership Studies.