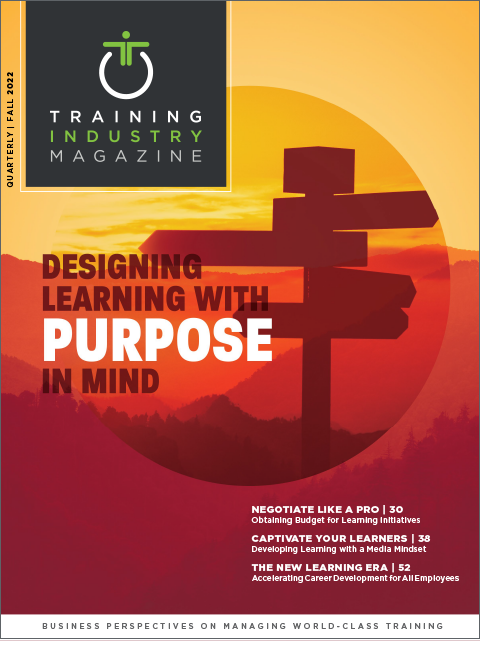 OK, the pretty pictures are important, but what’s more important are the goals that learning and development (L&D) and media/advertising share. Think about it. Both fields have three main goals when it comes to people interacting with their content: both want their audiences to engage with their materials, retain the information given and act on that information.

Now, you may be thinking, “Yeah, yeah. L&D takes care of all that. There’s learning objectives and assessments that measure these things.” Right, there are and that’s great. But there’s one massive difference in how media and L&D approach these goals: how they treat the audience.

Upon entering the L&D world, fresh from freelance and ad agency design work, the difference was blatant. It didn’t take long to see that L&D generally approached their students more like people who have to be there rather than people to be won over. Too strong? Not really. When was the last time you, in an L&D role, had to fight for your learners’ attention? This isn’t about people scrolling through their phone during a session but getting people to show up to a session just because they want to, especially with new hire training or orientation. Companies tend to go with the approach of, “The SMEs know what’s best and what you need to know, so you’ll sit down, listen up and let’s toss in an activity to spice things up!”

Media, on the other hand? They have to compete for your attention. No one thinks to themselves, “You know what I want? Another long commercial break where someone just speaks to me about their great product!” Nope, media has to make it flashy, fun, sexy or thought-provoking. They need to get you to want to engage with their content, on any kind of platform. And after decades of advertising, they’re pretty darn good at it. Not sold? In the next 30 seconds, can you think of at least five examples of media that engaged you, where you retained the info and acted on it?

So that begs the question: How do we do that in L&D? Let’s dive down that rabbit hole together, starting with getting people engaged.

Media professionals have mastered the art of engaging their audiences, and I’m not just talking about movies or Netflix shows. There’s a reason the relaunch ad campaign for the Ford Bronco looks like it does (see Image 1). 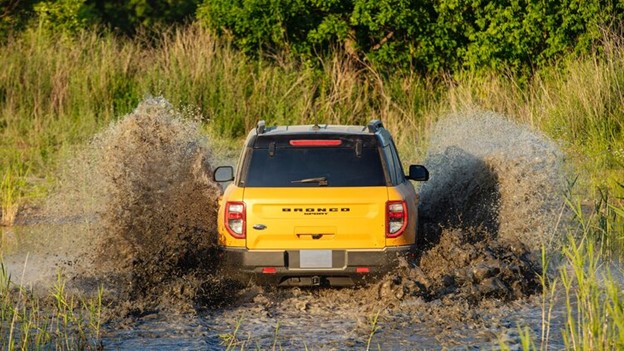 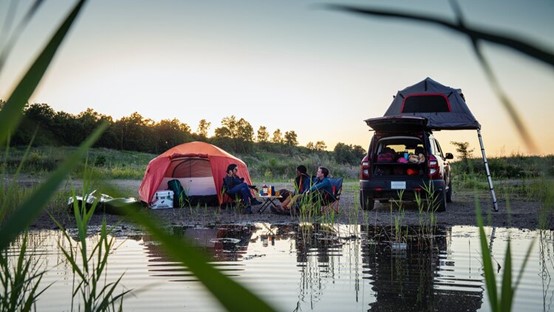 Do you see a road anywhere? Nope. They’re selling to a specific slice of the market: People who want to go off-roading, camping and exploring. And this is just the rugged, yet stylish, vehicle to do it in! They’re also selling a persona to you. Let’s say you don’t actually like going camping or don’t want to wash mud out of places on your car you didn’t know existed. That’s cool, buy this car and people will think you’re a rugged weekend warrior of the two-track. The Bronco itself is just a vehicle, and most people will probably just drive it to work and the grocery store, but they will definitely feel cool doing it! These ads are a great example of how advertisers cater to exactly what their audience wants and gives them content that reinforces that.

Is L&D “selling” people exactly what they want? Or is L&D giving learners what they tell them they need? Which would you prefer to get? And you can’t use the line, “They want this training so they can start their job!” or “They want this so they don’t get fired!” Sorry, not good enough. Especially if they can walk into another place of business tomorrow and make the same, or more, money. Take the time to really think about why your audiences want your content, not necessarily what they need. People engage much more with things they want to see.

Think about why your audience wants your content, not necessarily what they need.

The holy grail of L&D is getting people to remember what you taught them. Once more, there’s a lot to be learned from the media world. An example?

Chances are good, you’re lovin’ it right now. This probably isn’t the only ad jingle you remember either, or even the only ad. A personal favorite is a Coors Light billboard. It was the normal mountainous backdrop, a big ‘ole Coors logo, but the verbiage is what stood out: “Colder than a breakup over text.” Reading that billboard was followed by a solid 10 minutes of cracking up. That ad still sticks out to this day – after seeing it once years ago at 75 miles an hour. That’s some powerful stuff. They delivered the message they wanted people to know, “This beer is cold,” in a way that was highly memorable.

Now, to be fair, the main reason for ad retention is what’s called omnichannel marketing. That’s a fancy term for “slather a message on every aspect of the audience’s life.” That McDonald’s jingle? It’s on their radio ads, TV commercials, social ads, print ads, everywhere. It’s near impossible to see a McDonald’s ad without at least seeing the “I’m lovin’ it.” The same goes with any ad campaign. The audience is hit with messages in nearly every aspect of their lives, which helps them remember that they want french fries on the way home.

This is pretty similar to a popular argument in L&D: Learning is never a “one-and-done” ordeal. While most L&D professionals will never win the battle of getting their learners in the classroom repeatedly for the same content, they can offer up some omnichannel learning. Maybe the first hit is an instructor-led training (ILT), but the second? Why not a designed email with tips or reminders? A one-page reminder that can be printed and hung up? An eLearning module that lets people advance through levels of difficulty? A dedicated intranet page? There’s no need to pull people into a classroom for several hours to reinforce their learning. Let’s surround them with the content in a continuous way that makes it easy for them to retain the information.

To dive into how media gets you to act on their information, think about candy. Let’s say Kit Kats. It’s not uncommon to see a Kit Kat advertisement while you’re pumping gas. A friendly voice on the pump’s video screen lets you know it’s two for $1 and it’s only 20 feet away, inside the station. Easy to act upon, right? That same ad would not be as effective if you were sitting at home watching TV. No one would care that Gas Station X had two for $1 Kit Kats, much less hop in the car to go get them.

Another thing to remember from the media world is that all their content works to put people through the sales funnel. What’s a sales funnel? It’s a marketing tool to target content that gets people to know their brand exists (top of the funnel), gradually shepherding them into the customer status (bottom of the funnel). Using the Kit Kat example above, by the time you see that gas station ad or the center aisle display, you know what a Kit Kat is. You’ve probably had one before, you know they’re tasty and you’re going to buy one right now.

What’s the “learning funnel” in L&D? How easy is it for learners to act upon their education? Is the expectation that people sit through six hours of lecture, where their heads are crammed full of information, then magically be able to flawlessly perform when they show up to their first shift on Monday? Hopefully no, but realistically, this happens all the time. Instead, how can L&D folks be good guides down learning pathways?

Knowing there’s a “real world” out there where these may or may not get shot down in flames, there’s a few quick wins to try. Mimic media by slowing down the pace of education and extending it, letting learners have more time to digest the information they need. Instead of offering one eight-hour day, why not two four-hour days? Give learners takeaways after they leave class or complete the eLearning. Provide supporting microlearning so if learners are foggy on one small piece of the information, they can get the exact info they need. Think of ways that you can help your learners down that learning funnel from the top-most “I have no idea where I am,” all the way down to “I’ve got this!”

It’s Not What You Say, It’s How You Say It

Once again, developing learning with a media mindset doesn’t really have anything to do with pretty pictures. It’s all in how you present your information to make the audience want to interact with it, to use it. This doesn’t mean toss out what your learners need to know, or that all learning should be snarky jokes that are Instagram-ready. It means thinking through what’s important to your learners, finding a way to wrap them up in your message and making it easy for them to do what you want them to do.

After all, isn’t that why we’re here?

The holy grail of L&D is getting people to remember what you taught them.

Juston Espinoza is a wandering creative trained in visual effects and motion graphics. Juston now works as a senior transformation and innovation specialist in HR at Spectrum Health, incorporating design and creativity to enhance his team’s work and drive higher levels of learner engagement. Email Juston