The average half-life of a hard, technical skill is continually falling — now at only about five years, according to D2L research — which means that if someone learns a skill in the first year of college, it’s only half as useful when he or she graduates. That figure has never been lower, and our culture of ongoing technological change is only going to keep driving it down.

In fact, according to the World Economic Forum, 65% of the children entering school today will graduate into jobs that do not even exist yet – and within a period of just four years, more than one-third of the desired skill sets of most occupations will be made up of skills that are not yet considered core to that job. Put another way, Dell predicts that 85% of the jobs that the economy will need in 2030 haven’t been invented yet.

Welcome to the 21st century.

Some people, like Klaus Schwab of the World Economic Forum, refer to our time of relentless technological change as the Fourth Industrial Revolution. They believe that this revolution is not progressing in a linear way like others before it; instead, it’s evolving exponentially. From artificial intelligence (AI), machine learning and virtual assistants to 3D printing and autonomous vehicles, the Fourth Industrial Revolution is changing interactions and behavior across the workforce. In particular, the rise of AI is driving certain jobs and their technical skills to extinction.

On the other hand, we know that some skills are more lasting. Skills like leadership, collaboration and communication are usually described as soft skills, but they should be referred to as durable skills. These are the skills that, once you have them, you will use for the rest of your life, in your work and in your personal life, day in and day out.

Who can predict what programming code language a smartphone platform will be using in 20 years? Or 10? Or even four? It’s a technical proficiency we can’t reliably teach yet. But knowing how to use that phone to express thoughts, ideas and feelings are skills that never lose value.

In other words, the most valuable skills of the future will be the skills that are uniquely human: creativity, empathy, flexibility, non-repetitive logic and entrepreneurship. Much of our current systems of learning, however, do a disservice to those durable skills — and a disservice to the employers of the future. In the same way that traditional jobs are quickly being redefined in today’s market, our systems of learning need to adapt to address the rising demand for durable skills and the need for greater agility in adapting hard skills.

The most valuable skills of the future will be the skills that are uniquely human.

While stakeholders from education, the private sector and government understand the need for and value of training and skills development, we need to develop a framework for skills development for the Fourth Industrial Revolution. A recent white paper on the importance of durable skills and the key role they will play in this new world of work lays out some specific proposals:

Doing this right is hugely important. In fact, the stakes couldn’t be higher. Our future prosperity depends on it. Rather than focusing on the risk, though, let’s suppose that we do it right. Let’s suppose we succeed in educating future generations with durable skills. We will create a workforce that is every bit as literate in the skill of adaptability as it is in C++ (or whatever its successor programming language will be). We will have educated young people who are natural risk-takers, because experience has taught them that failure is at least as instructive as success (and a key component in the process of achieving success). We will have ushered in a world of autodidacts who are moving from career to career over the course of their working lives — happily and with relative ease — because they have learned how to be lifelong learners — and, ultimately, because we succeeded in teaching them soft skills. 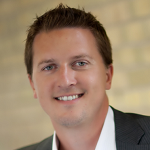 Jeremy Auger drives company-level strategy within D2L and provides executive leadership of mergers and acquisitions, government relations and public affairs, corporate communications, labs, IP strategy, and philanthropy. He is an advisor to the Government of Canada on future skills and participates on a number of for-profit and nonprofit boards, including serving as chair of the economic development advisory board for the City of Kitchener (Canada), a board member for the IMS Global Learning Consortium and a national board member for ITAC – Canada’s IT association.