As the labor market continues to tighten, employers have grown accustomed to an economy where the number of open jobs outstrips the number of job seekers. American workers are now quitting their jobs in record numbers; SHRM cites U.S. Bureau of Labor Statistics data that found that about 40 million left their jobs in the last year alone, and job attrition in 2018 reached its highest rate since measurement began. Corporate recruiters are, in turn, struggling to find workers with the skills they need to fill positions, which now remain open for an average of almost 30 days.

Against that backdrop, the costs of recruiting are soaring. Some estimates suggest that hiring a new employee can cost a company up to $40,000. The challenge is exacerbated by the fact that employers often impose all-or-nothing hiring requirements that restrict their pool of candidates to people who already have a four-year degree.

In an ironic twist, those employers may be overlooking talent that already exists within their own organizations. Ninety-four percent of workers say they would remain with their company longer if it helped them to build skills that could further their careers. These employees are often already a fit with the company culture, but many may be in roles at risk of disruption as the specter of artificial intelligence and automation loom large.

Researchers from Oxford University estimate that nearly 50% of employees in the United States are at risk of being replaced or otherwise significantly impacted by automation. However, a report from Accenture argues that doubling investments in workplace training could reduce the number of jobs at risk from automation from 20% to just 4%.

Research also shows that employers that invest in workplace training and education often see a strong return on that investment. In fact, it may actually be more cost-effective to develop and promote internal talent than to compete for a dwindling pool of talent from the outside. A Lumina Foundation analysis found that Discover Financial saved $1.44 for every dollar it spent on education reimbursement. Rather than cutting staff, a growing number of companies are offering upskilling as a benefit to not just help at-risk employees build skills they need to fill new positions but to retain employees in an era when turnover rates are growing.

Rather than cutting staff, a growing number of companies are offering upskilling as a benefit.

Many companies are engaging third-party experts to establish and manage education programs so that they deliver maximum retention and training results for the company. Consider the case of Aetna, whose tuition assistance program pays $5,000 per year, up front, for an employee’s education. Among tuition assistance program participants, Aetna has seen a 27% faster promotion rate and an 8% gain on retention.

Through this lens, it’s no wonder that educational benefits are highly valued by working learners. About three-quarters of participants in tuition assistance programs rank those programs among the best benefits offered by their employers, excluding health care benefits. Nearly 90% of millennials — the largest generation represented in the workforce — rate “professional or career growth and development opportunities” as important parts of a job, and nearly 60% say “opportunities to learn and grow are extremely important to them.” In addition, more than half of all working adults now say they believe ongoing training is necessary throughout their careers.

Building education pathways for employees drives powerful recruitment, retention and talent development results. It helps close skills gaps that prevent too many workers from finding rewarding careers — and it helps companies find undiscovered talent hidden within their own ranks. 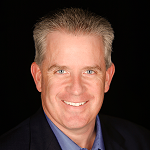 Patrick Donovan is the senior vice president of education advisory services for Bright Horizons, where he oversees EdAssist Solutions and College Coach, the leading education benefits for over five million employees.

New Year’s Resolutions for L&D: How to Set Goals and Score in 2022