Water, water everywhere, but not a drop to drink.

According to a report released this fall, there are now more than 700,000 unique postsecondary credentials offered beyond the confines of traditional colleges and universities. With good reason: As the shelf life of skills continues to shrink, education consumers are looking for faster, cheaper alternatives to college.

The appeal of a shorter path to in-demand skills is fueled by rising college debt (hovering at $38,000, on average, as of 2016 estimates) and what many view as the waning value of the degree (more than four in 10 recent college graduates are underemployed). But it is also driven by employers, who are clamoring for more precise measures of what job seekers know and can do in a tight labor market, typified by seemingly endemic skills gaps.

Against that backdrop, federal lawmakers are now considering an expansion of the Title IV program, which would allow students to use federal aid for short-term certificates, bootcamps and training programs. Such an action would only help these types of credentials grow in popularity.

But as the market for credentials expands, there is a growing risk that we lack the information needed to understand the relative value of — and economic returns on — shorter, faster programs. What’s worse, the combination of an increasingly complex credentialing marketplace with easier financial access opens the door for bad actors who prey on ill-informed and aspirational education consumers. Consider the fact that the number of flights in the U.S. each day (an estimated 87,000) pales in comparison to the number of educational options, yet there is no Kayak or Expedia for credentials. Would-be students have far more information on cars or other products than they do about educational options that, for many, represent the largest economic decision of their lives.

As a result, the evidence suggests, far too many students often make decisions not based on the potential return on investment but on convenience. In the absence of better information, they choose the programs that have the most compelling pitch, are closest geographically or have the most convenient way to help them cover the costs.

That information gap should trouble lawmakers.

The appeal of a shorter path to in-demand skills is fueled by rising college debt.

What’s worse, a recent study by the Thomas B. Fordham Institute found that there is typically little alignment between the needs of the labor market and the career and technical education (CTE) being offered. Indeed, the study found that there is no apparent relationship between the national employment share of a given field and the proportion of total CTE courses students take within that field.

A similar report from Burning Glass found that there is little alignment between the credentials earned by high school students and the skills that employers demand. More than half of credentials are oversupplied to students, the report found, compared to their demand within the local job market. A mere 19% of the credentials students earn are demanded by U.S. employers.

Pumping in new federal funding for these short-term skills programs demands a mechanism for tighter relationships between employers and educators to strengthen the links between CTE offerings and the demands of the labor market. Failure to do so will result in increased access without commensurate positive outcomes.

Any strategy to achieve these partnerships must begin with an agreement on shared vocabulary to describe and define credentials. Without such a language, it is difficult — perhaps even impossible — to compare credentials and determine whether they are in demand within the workforce. The good news is that efforts are underway to create the sort of common language that undergirds popular travel or retail sites to provide education consumers with the tools to understand the true value of alternative credentials.

In fact, more than a dozen states have committed to uploading data on degrees, diplomas, certificates and other credentials into a public registry that aims to help consumers and employers more easily understand the specific competencies and skills each credential contains and find out more about each credential’s labor market outcomes.

It is a promising start, but much work remains. The challenge is not just a matter of ensuring we are speaking the same language but that we also have enough information to start a conversation. According to a study from ExcelinEd, just over half of all states currently collect quantitative data on credential attainment.

Alternatives to the traditional degree have the opportunity to help a generation of workers find — and keep up with the skills required for — good jobs without committing to the costs and demands of a four-year degree. But increased availability to funding will not, in and of itself, lead to cheaper and faster outcomes. It never has. Rather, presenting clear and comprehensive data that leads to informed decision-making is the shortest (and surest) path to ensuring that the educational funding made available to learners leads to the desired outcomes.

Too many students are wasting their time and money earning credentials that have little value in the marketplace — which is an outcome that none of us can afford.

Any strategy to achieve these partnerships must begin with an agreement on shared vocabulary to describe and define credentials. 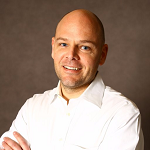 Chris Keaveney is the founder and CEO of Meritize, a Dallas area startup that offers merit-based financing for skills-based education.

Recession-proof Your L&D Job: a Guide to Adding Value