“We are looking for someone who could provide a team training. Could you help us?”

As a consultant, I receive this call frequently. Team training is an easy sale. It’s a great way to build a consulting business.

But team training is nearly always the wrong answer. It won’t answer their real question — which they haven’t asked yet.

When we explore their situation a little bit, the real question emerges. It sounds something like this: “What will help this team work together better and be more effective?”

That’s a great question. It seems obvious when written out like that, but they never ask it — at least not right away. It needs the right answer. Training is probably not it.

“You Aren’t Going to Make Us Do Trust Falls, Are You?”

The wrong answers to the right question result in team frustration. They drain time and resources and achieve nothing. In fact, they can have a negative effect, generating cynicism about doing any teamwork. Many team building efforts and programs are focused on trying to engage and hold the attention of participants who wish they were somewhere else.

Don’t beat around the bush: A team’s health and effectiveness is principally a leadership question.

A team’s health and effectiveness is principally a leadership question.

Early in my career, I had a repeat client, a large, well-known organization — good for my client list. Its leaders asked me to help with a team issue. I used a lot of the standard tools and tricks and eventually got the team back on track.

Later, they called me again. A different team was experiencing the same issues.

I became curious about how widely spread these issues (avoidance of conflict and, relatedly, a lack of accountability) were in their organization. Turns out, they were common. Following the breadcrumbs, I explored up about 10 levels of management until I reached the executive team and board. I discovered that the frontline issues were reflections of senior leadership issues.

The board and executive team eventually called me back, and I spoke with the board chair and members of the executive team. When I suggested that the answer was within, the CEO opted to not move ahead with my services. He wanted a team training, and he wanted it to be under two hours. To fix endemic problems.

As you might have guessed, neither the board nor the executive team challenged his decision. Not long after, they were back, asking me to help another team within the organization.

Stop trying to fix your lawn, and whack the mole.

What Are the Typical Issues?

When someone calls and asks for team training, it’s usually because the team is experiencing conflict of some kind and, usually, has been for a while. When I start digging into it with them, one or more of the following usually emerges:

In a few cases, teams do benefit from training around roles and responsibilities or ethical standards. However, if there are deep issues in these areas, they tend to persist even with the best training.

The fact that these clients are experiencing a problem is normal. Every team will experience problems. But when team issues are allowed to linger, it’s an indicator of a leadership problem.

Make no mistake: If problems are prolonged, they were likely generated, tolerated or exacerbated by some issue with leadership. At some point along the way, leaders were absent, negligent, insufficiently skilled or toxic.

This problem may not lie in the level of leadership immediately above the team in question, either. As I described above, the effects of poor leadership flow downstream.

Fortunately, so do the effects of good leadership.

How Does a Leader Address These Issues?

Unfortunately, most of these problems don’t have a silver-bullet answer, but solutions typically take the form of:

In many cases, organizations can implement these solutions internally. Sometimes, the answer takes place at a coaching or relational level. Often, the answer is an adjustment to or clarification of some kind of system or structure. Many times, the organization needs a culture change. Other times, it will make more sense to bring in outside support.

If the leaders with the highest amount of direct influence on the issues are on board, change is often quick and focused. If they aren’t, change may never occur at all.

If the leaders with the highest amount of direct influence on the issues are on board, change is often quick and focused.

When Is Training the Right Answer?

Sometimes, team training is the right answer. You’ll know it is when:

I’ll add a small caveat: I often provide “mini-trainings” during the course of working with a team. Since I primarily work with executive teams and boards, they might look like a short training on board roles and responsibilities (knowledge and clarity), coaching (skills), or conflict resolution (knowledge and practice.) These trainings are embedded within and support a larger process. In that context, training is a helpful approach to quickly helping clients.

However, on its own, training isn’t likely to answer questions of team dynamics, behaviors and performance. For those issues, you need leadership.

On its own, training isn’t likely to answer questions of team dynamics, behaviors and performance. 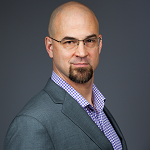 Christian Muntean is the author of “Conflict and Leadership” and an adviser to executive leaders and boards. Follow him on LinkedIn.

Making the Pandemic Manageable: 3 Ways to Reappraise Like a Big Wave Surfer