With the recent release of the new Star Wars movie “The Last Jedi,” I felt it fitting to take a lesson from Yoda. At the very beginning of his relationship with Luke, he said, “You must unlearn what you have learned.”

What do many leaders need to “unlearn?” The answer is command, control and “drive-the-bottom-line” behaviors. These modes of operation, although often unintentional, are found in organizations that enable leaders to reach results by intimidating their team members. The result is an environment based on fear, not trust – the essential “fuel” for igniting employee and customer engagement, productivity, and innovation.

What do many leaders need to unlearn? Command, control and “drive-the-bottom-line” behaviors.

Research by Kellogg School of Management professor Adam D. Galinsky revealed that power tends to make leaders more self-centered and self-assured, but not in a good way. He found that leaders are “prone to dismiss or, at the very least, misunderstand the viewpoints of those who lack authority … anchor too heavily on their own perspectives and demonstrate a diminished ability to correctly perceive others’ perspectives.” Galinsky concluded that “as power increases, power-holders are more likely to assume that others’ insights match their own.”

Both of these studies are quite disturbing, because empathy, compassion and self-awareness are the very behaviors we need to cope with stress, manage conflict and engage with others; no leader in today’s global competitive environment can function in a healthy manner without them! McKinsey & Company director Scott Keller commented, “Deep down, [leaders] do not believe that it is they who need to change…and that the real bottleneck…is knowing what to change at a personal level.”

Keller’s remarks serve to explain why most self-absorbed leaders view a customer-centric culture as no more than a means to an end. They tend to change systems, strategies and organizational structures in order to gain market share and profitability. And, as Keller stated, they do not subscribe to a culture that expects them to change their own dysfunctional behaviors. In my experience, if such leaders are responsible for producing a customer-centric culture, the results are at best, modest.

Successful organizations believe that a customer-centric culture is an end rather than a means. Their ultimate goals are to enrich the lives of their customers, to solve customer problems, and to motivate the workforce to engage both internal and external customers. Of course, these organizations are not oblivious to the profit motive. They understand if there is no profit, there will be no jobs, yet they believe profit is secondary to solving customer problems.

Successful organizations believe that a customer-centric culture is an end rather than a means.

Walt Disney lived these values: Take care of both guests and cast members (employees), and the bottom line will follow. Steve Jobs reportedly was not driven by money but instead was focused on creating ascetically beautiful products that solved customer problems and that people loved to use. In my book “Innovate the Pixar Way,” I wrote that Ed Catmull, co-founder of Pixar, claims he makes pictures to “make a difference.” Pixar’s first 17 films cost less than $2 billion to make and have grossed over $10 billion.

To me, it’s no surprise that a recent study by Lee Resources cited that 80 percent of company leaders believe they deliver superior service, while only 8 percent of their customers think they receive superior service. So, how can leaders change and begin to, as Yoda advised, unlearn what they have learned?

As a first step, I recommend that the top leaders of an organization spend several days experiencing an ends-driven customer-centric culture. They should learn a new set of values and how those values translate to behaviors and participate in exercises and discussions that challenge their old values. It takes more than a day for the subconscious mind to reject old values and embrace a new set of values. During this training, have participants develop a vision or “story” along with customer-centric values, codes of conduct, and a formal coaching and feedback process.

Any egocentric leader who participates in a workshop that challenges his or her comfort zone typically does so under duress. But even if leaders have an “epiphany” as a result of their training experiences, they still will be unable to change their culture simply by explaining these experiences to their staff members, thinking this gesture will have the same effect. To truly transform a culture, every single employee must embrace the new set of values and behaviors, and that means participating in a similar experiential workshop.

To truly transform a culture, every single employee must embrace the new set of values and behaviors

After 30 years of working with countless organizations to implement new cultures, I know that this “Disney way” is not just for leaders; everyone needs to be totally immersed in the principles and values and, ultimately, live them. If it were as easy as saying, “Here are our new values; I am posting them on the wall,” nearly every organization would have superior customer service.

There is wisdom in Yoda’s response to Luke, who questioned his own ability to lift the ship out of the swamp: “Do or do not. There is no try.”

The “Disney way” is not just for leaders; everyone needs to be totally immersed in the principles and values and live them. 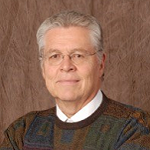 With over three decades of management consulting and corporate research expertise, Bill Capodagli co-authored “The Disney Way,” “Innovate the Pixar Way” and “The Disney Way Fieldbook.” Prior to co-founding Capodagli Jackson Consulting in 1993, Bill held managerial positions at the consulting firms of AT Kearney and Ernst & Whitney (now EY).