Innovation and creativity are increasingly popular business topics. Companies that want to thrive in today’s fast-changing and competitive environment desperately need people who can both create and execute effectively. But how do creative people become creative? Is there a secret sauce or strategy involved? The short answer is yes, and it’s called leading with imagination.

According to Merriam-Webster, imagination is “the act or power of forming a mental image of something not present to the senses or never before wholly perceived in reality.” The point is straightforward: To create something new and innovative, you must first imagine it. Imagination is the foundation for creativity and innovation, yet it so often is missed or dismissed entirely. Why is that?

I am a certified public and management accountant. As a result, I have a trained and built-in skepticism when it comes to valuing something like imagination in a business setting. A core principle in the accounting and finance professions is the concept and calculation of a return on investment (ROI). I have spent decades as a health system chief financial officer (CFO) and operating executive, calculating ROIs for purchases of equipment and acquisitions but rarely on something considered “soft,” like investing in people.

Years ago, I visited Disney’s Hollywood Studios with Michael Dottino, then a finance manager for attractions development at Disney. He shared an example of how Disney’s investment in people created a return for the company: Before a new attraction opens, Disney invites its cast members to experience it first. With the cast members’ operational knowledge and deep understanding of Disney standards, their feedback and suggested improvements are specific and actionable. Additionally, giving the cast the first opportunity to experience something new creates a positive buzz among employees, their friends and their family. This enthusiasm is visible to guests, who rely on cast member recommendations when choosing which attractions to experience. Investing in its employees, then engaging them and listening to their feedback, is part of what makes Disney’s guest experience world-class.

Imagination is the foundation for creativity and innovation, yet it so often is missed or dismissed entirely.

A recent Dale Carnegie study discovered that only one out of three employees is fully engaged in his or her work. In 2013, Gallup estimated that disengaged employees cost organizations in the U.S. around $500 billion per year in lost productivity. Can you afford that loss? In my book “Lead with Imagination,” I point out that organizations are not made up of people; they are their people. Therefore, it’s worth considering that whenever we don’t fully engage our employees and teams in service to our customers, we are leaving something of measurable value unrealized.

Does an imaginative culture really make a difference to a company’s bottom line? Take a look at Southwest Airlines as one example. Southwest has a clear mission: “dedication to the highest quality of customer service delivered with a sense of warmth, friendliness, individual pride, and company spirit.” It believes that happy employees create happy customers who, in turn, create happy shareholders.

This belief is apparent in Southwest’s employee-first outlook. It treats recruits well during the hiring process, matches candidates based on attitude and culture fit, and encourages its leaders to host meals to connect with new employees. The company just celebrated its 46th consecutive year of profitability, is recognized by Forbes as one of America’s best employers and has been listed as one of Fortune’s 10 most admired companies. Southwest invests heavily in its employees, and that return is paying back dividends.

We must begin making investments in building a culture of trust, where it is safe to try new and creative solutions. We must work to value and care for people’s potential and whole self. If we do not, we will be lucky to survive, let alone to thrive; thriving is what leading with imagination is all about.

We must work to value and care for people’s potential and whole self. 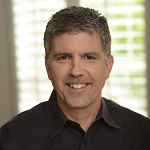 Brian Paradis has over 25 years of executive health care leadership experience, most recently leading one of the largest health care systems in the country. He is a senior partner with CSuiteSolutions, a health care strategic advisory firm, and the author of “Lead With Imagination,” released earlier this year.