In the summer of 2016, I found myself working as a server at Osteria Francescana, a three-Michelin-star restaurant in Modena, Italy that had recently been named the best restaurant in the world. The restaurant’s owner and chef, Massimo Bottura, and his team work long hours with the precision of surgeons and the pace of Olympic runners. But most striking to me was Bottura’s first task when he showed up for work. He put on his chef coat and headed outside with a broom to clean the street in front of the main entrance. A few hours later, he was checking produce inside the back of a delivery truck and then unloading it with staff. He also helped prep the table for the staff meal and found time to play soccer with its workers in between services.

I don’t usually work in top restaurants. I was at Osteria Francescana to study how people succeed and thrive by breaking rules, and Bottura had a reputation for doing just that. After dropping out of law school, the course his father had charted for him, Bottura bought a failing restaurant, despite having no culinary degree. At Osteria Francescana, he upended Italian recipes that had been passed unaltered through the centuries. A heavy meat stew turned into a delicate one cooked sous-vide, and a broken lemon tart that accidentally fell on the floor inspired a new dessert. It is a deconstructed dessert with a splash of cream, which looks as if it’s in motion. Its name: “Oops! I Dropped the Lemon Tart.” Bottura met much resistance from tradition-bound Italians at first, but then he opened their eyes to a new cuisine that transformed the recipes they cherished.

I arrived at the restaurant with my notebook, eager to interview Bottura about what gave him the courage to upset tradition and rebel. Instead, the chef gave me an apron: I would be working as a server for the day. Even this choice of having a Harvard business professor working at his restaurant was Bottura’s way of doing things a bit differently.

Some people break rules just for the sake of it – and make everything worse by slowing down projects, creating conflict and being show-offs. But arrogance is the opposite of what makes rebels like Massimo Bottura effective. Rebels, as I define them, are people who are willing to break rules that hold them and others back, who see beyond the most obvious answer to a better one. In a world that’s ever-changing, rebels succeed because they don’t fear uncertainty: They are masters of innovation and reinvention.

I’ve identified a few talents that rebels have, whether they realize it or not. First, rebels recognize that other people look at us with more respect, not less, when we break social norms. As young children, we learn the follow the rules around us – to be quiet at the library and raise our hands when we have a question. We also learn firsthand that people who break the rules are punished, are made fun of or become the subject of gossip.

By contrast, in our research, my colleagues and I found that when people intentionally deviate from the norms of appropriate behavior – by, for example, dressing down when shopping in a high-fashion store or wearing red sneakers while teaching at a top-tier school – they gain status and are considered more influential than their rule-following peers.

Similarly, and paradoxically, leaders can enhance their status by engaging in work that’s below their pay grade. When I surveyed over 700 employees about their bosses, I found that the most respected leaders are the ones most willing to get their hands dirty. When I asked the employees about leaders they don’t respect, they zeroed in on aloof managers who shut themselves off in their offices. When Bottura grabs a broom each morning to sweep the sidewalk, he shows his staff that there is no work that’s beneath him – and gains their respect.

The most respected leaders are the ones most willing to get their hands dirty.

Second, rebels assume that rules can be changed – and they change them. For most of us, that’s a lot easier said than done. In one study, I assigned participants the task of folding T-shirts and told them they’d be paid based on how many they folded in the allotted time. Before beginning, the participants watched a team of paid actors fold T-shirts. Some watched people who folded efficiently, while others watched people who added irrelevant actions to the process, such as stacking the shirts in piles of three before folding them or folding and unfolding the sleeves – steps that slowed down the process. Interestingly, the people who watched the inefficient folding copied it with no questions – and lost money in the process.

When we question rules, we become not only more efficient but more creative. Take Captain “Sully” Sullenberger, who landed a commercial airplane safely in the Hudson River on a cold January day in 2009. Sully had only 208 seconds between the time he realized the plane had lost thrust in both engines and the time the plane landed on water. Most captains would have taken the most obvious course and tried to land at the nearest airport – likely with catastrophic results. But Sully, while following the usual crisis procedures, looked beyond the obvious and came up with a creative solution that saved the lives of the 155 people on board.

When we question rules, we become not only more efficient but more creative.

Unlike the rest of us, rebels recognize when the rules no longer apply or when they make little sense. A century ago, boiling meats for the Italian dish Bollito misto (literally, “boiled mixed meats”) was a practical choice, given limited cooking methods. Cooking the meat sous vide, as Bottura did, transformed the dish – which, on its menu, he calls “Bollito non bollito” ( “boiled meats, not boiled) – into one that’s more flavorful and pleasing to the eye.

Third, rebels embrace the unfamiliar rather than being threatened by it. Many of us choose to stay in the same jobs and careers, taking part in the same sorts of projects and tasks, for years and years. We tend to think that stability is the key to happiness at work, and we easily fall back to our comfortable routines. But when I surveyed a group of 300 new employees, I found that the more frequently they experienced novelty in the weeks that followed – by learning new skills, meeting new colleagues or engaging in challenging tasks – the more satisfied they were with their jobs, the more energized they felt and the longer they hoped to stay with the organization. Stability didn’t seem to bring the same type of benefits: When employees said their job felt “more or less the same every day,” they were less satisfied and more eager to move on.

Doing something challenging, that breaks away from what’s expected, may feel awkward, but it can pay off. For example, I asked a group of college students to sing the Journey song “Don’t Stop Believin’” in front of an audience of peers – a task that most of them found stressful. I had half the students wear a bandanna wrapped around their heads to make them feel uncomfortable; they confirmed they felt that way, as they thought the audience did not expect it. The other group did not wear a bandanna. Using a karaoke machine, I measured note-hitting accuracy, heart rate and confidence. The students wearing the bandanna sang better, had lower heart rates and felt more confident.

Doing something challenging, that breaks away from what’s expected, may feel awkward, but it can pay off.

I experienced the thrill of novelty firsthand when I spent a day as a server at Osteria Francescana. Never having worked at a fine dining restaurant, let alone the best restaurant in the world, I was sure I couldn’t do it. I wanted to return the apron to Bottura and run, but, summoning up my courage, I polished dishes, helped set tables and served customers by learning from the other server who on the job with me. It was fun and invigorating, though certainly uncomfortable at times.

When, after working at his restaurant, I finally had a chance to interview Bottura, he showed me photos of Chinese conceptual artist Ai Weiwei smashing a 2,000-year-old vase.

“A new beginning,” Bottura explained. The destructive gesture was, in fact, a constructive one. Rules may make life more efficient, Bottura was telling me, but they can stand in the way of learning and flexibility – and fun.

Rules may make life more efficient, but they can stand in the way of learning and flexibility – and fun. 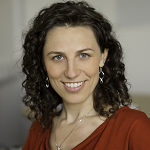 Francesca Gino, author of the new book “Rebel Talent,” is an award-winning researcher and teacher and a tenured professor at Harvard Business School. She has been honored as one of the world’s Top 40 Business Professors under 40 and one of the world’s 50 most influential management thinkers.

Wisetail Announced the Launch of a New Product Called OnTrack.

How To Build Smarter Collaboration Capabilities