Training Industry, Inc. has released an in-depth research report on the 70-20-10 framework. Recently, I published a blog post talking about how 70-20-10 can be interpreted as an OSF ratio. In this post, I want to talk a little bit about why we decided to start poking the idea of 70-20-10 with a stick.

To quickly recap, an OSF ratio represents the relative amount of learning from on-the-job (O), social (S) and formal (F) sources. In this light, 70-20-10 is simply an OSF ratio that has become popular among L&D professionals. In our research, we argue that it would be a mistake to assume that 70-20-10 is the only ratio that works or that it’s the best among many possible ratios. What the optimal balance of O, S and F looks like for any given company can and should be different.

Is it unique to suggest an alternative lens of looking at 70-20-10? In a word, nope. The mixture of learning sources has been variously called things like the 3E learning model by CLO, representing three “Es” of experience, exposure and education, or the FIS model by Dan Pontefract, representing formal, informal and social learning. Many others simply recognize 70-20-10 for what it is: a shorthand way of referencing the idea that employee learning can take many forms and come from multiple directions.

So, why would we bother to research this idea? Isn’t it already widely understood that 70-20-10 is not intended to be a strict prescription for L&D? Are we merely kicking a dead horse by trying to put new numbers to the concept of 70-20-10?

There are two reasons I’d like to discuss that answer these questions:

To elaborate on the first reason, we have to start with what a model is actually supposed to do. A model specifies and explains why something happens – in other words, it can be tested and shown to work or not work. A framework, on the other hand, describes the categories of ideas that supposedly account for why something happens – but it doesn’t necessarily explain it. In this sense, 70-20-10 is a poor model. Based on data we’ve collected on the sources of learning, those sources don’t necessarily come out in proportions that match the 70-20-10 numbers. Based on anecdotes from learning leaders, the 70-20-10 numbers don’t match the mixture of learning sources they tend to see at their companies, either. But as a framework that only seeks to define what it is we’re looking at, what 70-20-10 represents can be extremely useful. That’s why our OSF ratio both removes numbers from the notion that learning sources will have varying levels of importance to learners and presents itself as a ratio rather than a model.

Recasting “70-20-10” as a ratio takes away the potential for any confusion over how the idea best serves the needs of L&D. You don’t need to worry about whether the mix of learning sources at your company remotely resembles a 70-20-10 ratio. You don’t need to take action to steer the mix of learning sources in the direction of a 70-20-10 ratio. Considering the ratio at all shines a light on the holistic learning experience of employees, providing an inroad to diagnosing problems in training impact as well as building upon strengths. The end goal is to provide the best training to employees and support it through every means at L&D’s disposal. That will necessarily look different from one company to the next due to reasons (outlined in our forthcoming report) such as the size of the organization or the effectiveness of formal training programs.

The end goal is to provide the best training to employees and support it through every means at L&D’s disposal.

Turning to the second reason, it may seem at first like I’ve tripped over my own words. If part of the value of an OSF ratio is removing the numbers from the equation, why would we put different numbers back in? The answer is that our research doesn’t prescribe any single “best” OSF ratio but instead presents the average ranges of the different mixtures of learning sources. For instance, some companies may only find that 15 percent of employee learning comes from social sources, whereas others may find that social interactions account for upward of 30 percent of how their employees learn. Both are valid. Both can be considered “normal” on the surface. By defining these ranges and exploring some of the factors that correlate with being at higher or lower points along the continuum, companies can take stock of where they are and see how their ratio aligns to our findings.

There’s an important concept hiding in the bushes of the OSF ratio. The numbers at your company may comfortably fall within the ranges of the learning sources in our report, but that doesn’t mean it’s the best ratio for your company. It doesn’t mean your training works. Knowing where you stand, however, gives you a reference point for where to move. As I said in my previous blog post, learning is an additive game; effective formal training improves the competence of multiple employees, which can make social learning more job-relevant and impactful, in turn making on-the-job learning richer and more meaningful. When you know where you’re starting from, it’s easier to take informed and sensible steps in a direction that puts your company’s L&D efforts on the right path.

So, that’s why we conducted this research. Our hope is that by nudging the conversation around learning sources away from a model that is defined by its numbers, learning leaders will focus on optimizing their learning sources and not on a yardstick that might not describe what’s best for their employees. In providing ranges of numbers in our report based on data from over 1,500 survey respondents, we wanted to provide a current set of buoys for navigating the L&D waters. Not all boats are the same size, and the best way to sail them can change from boat to boat; the same goes for companies and learning sources.

We wish you fair winds and following seas on that voyage.

Not all boats are the same size, and the best way to sail them can change from boat to boat. 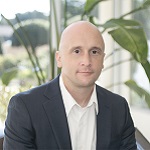 Tom Whelan is the director of corporate research at Training Industry, Inc., where his work focuses on learning and development research to inform best practice recommendations.