In business and particularly in learning and development (L&D), “growth mindset” has become a buzzword. Psychologist Carol Dweck introduced the concept in her book “Mindset: The New Psychology of Success”; it refers to the belief that our abilities and traits are not fixed and that we can cultivate them. People with a growth mindset view challenges as opportunities and are eager to learn, which prepares them to thrive during times of adversity. As a learning and development professional, I’ve observed how important it is for learners to develop a growth mindset in order to recognize the learning process and learn from failures.

Even though I didn’t know it back then, I learned about the importance of a growth mindset when I joined boarding school at the age of 12. During the selection interview, when the headmaster and dean asked me what my favorite sport was, I was quick to state that I wasn’t interested in sports and that I had applied to the school because of my interest in the arts. A few weeks later, when I moved onto campus, I found (to my dismay) that my daily schedule included hour-long afternoon lessons of hockey and baseball.

After months of missed passes, foul balls, bruised feet and managing my disappointment about being picked last on a team, I started to accept my shortcomings and, slowly but steadily, learn from them. I began to see sports as more than something I failed in; I began to enjoy those humid afternoons on acres of trimmed grass, where I learned about sportsmanship, tenacity and teamwork.

Working virtually with learners during the COVID-19 pandemic, everything I learned as a pre-teen on the sports field returned to me. Working in solitude from the confines of home is rarely easy. The pandemic has introduced new challenges of working and collaborating remotely, as well as challenges related to remote and virtual training. In a way, each learner is working as an island and learning on his or her own. Even though cultivating a growth mindset is beneficial for learners during any phase in their life, I’ve found that during the pandemic, such a mindset is critical for their professional and personal well-being.

To that end, here are five ways you can encourage your learners to cultivate a growth mindset at work:

1. Shine a Spotlight on Their Efforts and Growth

The pandemic has created an increasingly dynamic workplace, one where learners are frequently faced with new types of tasks and challenges. When we work on a new task, it’s easy to feel bogged down by the mistakes we make when trying something new. In such situations, encourage learners to pay close attention to their efforts, and acknowledge that with every step that they take, they can learn something new. As author Andrian Teodoro wrote in “The Power of Positive Life,” “Anything worth doing is worth doing poorly — until you can learn to do it well.”

Perfectionism can create a fear of making mistakes and an anxiety to do things flawlessly.

2. Encourage Learners to Focus on the Process, Instead of the End Goal

When we work on a task, it’s easy to race toward the finish line, focusing primarily on completion in order to move on to the next task. When learners take this approach, they prevent themselves from being immersed in the task and developing a strong grasp of how to accomplish it. Instead, they may perform the task mechanically, which can impede effective learning, including their ability to identify efficient processes and understand what works well and what doesn’t.

3. Make Learners Aware of How Perfectionism Can Hinder the Learning Process

When learners work on a new task or develop a new skill, it is natural to strive for perfectionism. Perfectionism can create a fear of making mistakes and an anxiety to do things flawlessly. Such lofty expectations tend to create a feeling of disillusionment when things don’t go as planned, which can hamper learners’ motivation. Sometimes, when I find learners overwhelmed by thoughts of failure, I tell them what a mentor said to me at my first job: “If you aren’t making any mistakes, it only says one thing — you aren’t working.”

4. Nudge Them to Set Their Ego Aside

For many learners, the pandemic has created ambiguity in their work. If they are used to being an expert, finding themselves in new territory and having to grapple with a situation as a novice may feel frustrating. Nudge them to quiet their inner voice of cynicism and defensiveness. The better they are at setting their ego aside, the more quickly they can gain a clear picture of the problem at hand — and overcome it.

5. Support Learners in Exploring New Types of Work, and Reward Their Actions

As a trainer and mentor, I candidly talk about my mistakes and learning experiences with my learners. I tell them how, as a 12-year-old on the sports field, failure was a daunting experience — but I soon realized that the failure did not define me. It was merely something to work on; learn from; and, years later, reflect upon and share stories about. Like Carol Dweck said, “When people already know they’re deficient, they have nothing to lose by trying.”

In order for learners to explore new ideas and types of work, provide them with sufficient learning opportunities. 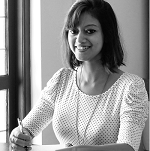 Prarthana Banikya is a graduate in sociology from Delhi University and over nine years of experience in the eLearning industry. Over the years, she has led and mentored project teams of academic authors, editors and copyeditors, and she currently works as a learning and development professional at ansrsource. Prarthana is also a poet and essayist. A recipient of the Orange Flower Award for poetry and a Pushcart nominee, she blogs at prarthanabanikya.blogspot.com.

3 Mistakes to Avoid When Building Partnerships as a Learning Leader