Misaligned incentives that slow or prevent adoption of new skills are an age-old problem in training. Organizations often invest a significant amount in training, with admirable intentions, but fall short of the complete alignment necessary to achieve the desired results.

The trainers’ performance may be outstanding and, due to no fault of their own, still not change behavior, because the misaligned incentives for the learners encourage behavior contrary to the new skill targets.

Take for example, a training audience of professional salespeople who are taught how to demonstrate the value of their differentiated offering to achieve higher profitability on deals. While they are expected to improve pricing by demonstrating value, they know their sales leaders will resort to “desperation discounting” when faced with competitive pressure. Further misalignment exists with the organization’s sales incentives, which are paid on revenue without a profit-margin metric, driving a “close-at-all-costs” mindset.

If value selling skills are a necessary competency to drive profitability, then incentives (and sales leaders) should be aligned with the organization’s goals to apply that competency in their accounts. Neglecting to align the incentives sends a message that profitability doesn’t matter – or, at least, not as much as revenue.

The Atlanta bridge disaster this year is a great example of how astonishing results can be achieved when incentives are aligned with goals.

Atlanta residents and visitors alike were stunned when a raging fire caused the collapse of a bridge to a major interstate thoroughfare during rush hour in March. Under normal circumstances, Atlanta has a notorious reputation for its north-south traffic jams, which have been at the center of controversy for decades. When “fire defeats concrete [and] steel” for a 700-foot stretch of highway impacting 250,000 motorists a day, government officials act quickly. A focus on speed for the government may seem like an oxymoron, but this state of emergency unlocked gridlock.

The Georgia Department of Transportation (GDOT) learned about the power of incentives from other states and jumped into action. All contractors and government officials agreed on one goal: speed to recovery from the disaster. To achieve this goal, GDOT offered incentives for completing the project three weeks ahead of the June 15 target and an extra incentive for completion by May 2. Officials added an additional bonus for each day before that. The project was finished in six weeks, one month earlier than the original expectations. The government paid maximum incentives. 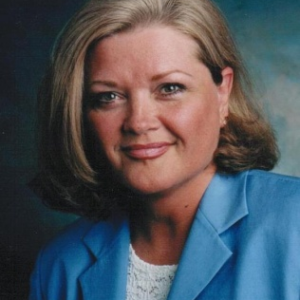 Tannis is the senior performance development expert at Holden Advisors. She has over 20 years of experience in the design, delivery and implementation of value-centric curricula focused on the cross-functional alignment of sales, marketing and client service and improving performance metrics, relationship practice management and business leadership. Prior to joining Holden Advisors, Tannis spent over 13 years as an internal private consultant to RBC Financial Group, completing long-term engagements with Investor Services and Trust, Global Wealth Management, and Technology and Operations. She is the former vice president of facilitation and development for Holden International.