We all know the feeling: You’re busy at work, and your boss dumps a new project in your lap. Instead of handling it in the moment, you place it in your “to be dealt with later” pile. Then, a couple of weeks later, when that project’s due date rolls around, you are scrambling to complete it in time.

For some people, procrastination is a persistent problem, and for others, it appears only in certain areas of their lives. The results are the same for everyone: increased anxiety, wasted time, poor performance, missed opportunities, guilt, excuses and avoiding people who depend on us. Procrastination is not a trivial problem; it causes suffering for many people.

There is no research indicating that gender or intelligence impacts one’s tendency to procrastinate, but age may have something to do with it. One study reportedly found that 80% to 95% of college students procrastinated on a regular basis, particularly when it came to completing assignments and coursework. In another survey, procrastination was one of the top reasons doctoral students failed to complete their dissertations.

When I was in college, while my professors provided a syllabus and calendar for classes, I created a separate calendar that included false deadlines for papers and assignments, generally two weeks prior to the actual due dates. I worked off of my fake calendar so that I completed all assignments in advance of when they were actually due. By the time mid-term or final exams arrived, I was always ahead of the game. Finals meant a time of light studying, not cramming.

Do It Now, Not Later

I later learned that what I was doing was precrastination™, a term I coined to mean “do it now, not later.” Precrastination™ is the opposite of procrastination. It is managing, in the moment, how you will deal with something effectively.

We generally procrastinate on the tasks we don’t like to do. Research by psychologists Timothy Pychyl and Fuschia Sirois suggests that procrastination is about avoiding negative emotions, not work. In other words, when we feel anxious, confused or bored, we procrastinate. While it may make us feel better in the moment, we eventually end up feeling worse later.

The key to avoiding procrastination is to learn how to manage in the moment. You need to have a plan on when you will act on the task and how to move related actions forward. For example, if something comes up during your day that you can’t tackle right away, schedule time on your calendar to do so. Better yet, if you can, delegate the task. Perhaps there’s a certain amount of pre-work that needs to happen in order to delegate it. Whatever you need to do, block off time on your calendar to do it.

The key to avoiding procrastination is to learn how to manage in the moment.

We all have thoughts that lead to actions that are so automatic we don’t even realize we’re doing them. The first step in changing your mindset from procrastination to precrastination, then, is to identify those thoughts. When something new lands on your plate, what is the first thought that pops into your head?

Spend a week analyzing and journaling your thoughts when you are handed a task or project. You’ll probably notice there’s something that goes through your head that allows you to put off the task or rationalize that it’s better left until later. It could be that you don’t have time, you’re too busy or you’re feeling overwhelmed. Whatever they are, identify the thoughts that get in your way.

Once you know what your habits are, the second step is develop a new thought pattern. Your brain will fight you to go back to your old ways, so being mindful throughout this process is important. You have to train your brain to have a different thought that will help you move forward when you are given a task. This new thought will help you take action differently. Instead of putting on the task on your “to do later” pile, you will actively engage with how to move the task forward.

As a final step, consider efficiencies for moving tasks forward. If you are a leader, one strategy could be identifying whom to delegate the work to. Another might be developing strategies for accomplishing tasks among your other job responsibilities.

The goal of this process is to clear up the mental clutter that creates fatigue or stress that impedes action. By refusing to say, “I don’t feel like doing this right now,” you will increase your capacity and improve your performance. When you continue to practice this exercise, it will become a habit — your new normal.

Procrastination is a mental conversation that keeps you from moving forward effectively and optimizing your capacity and performance. When you can eliminate that conversation, you will beat procrastination. Once you do, that nagging cloud hanging overhead will clear. And a clear mind enables focus, paving the way to improved performance.

Procrastination is a mental conversation that keeps you from moving forward effectively. 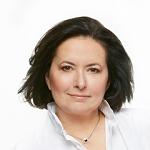 Rocking Your First 90 Days as a Training Manager