Editor’s note: Each blog post in this “Career Pathways in L&D” series shares a learning leader’s story and ends with his or her tips and advice for training professionals.

My career began in information technology (IT). Timing was truly in my favor, as my journey began in the late 1980s, just before the emergence of the information age and the dot-com revolution. It was back in the days of large personal computers and 3.5-inch and 5.25-inch storage diskettes. Shortly after graduation, I began an entry-level role on the help desk at the Cintas Corporation. At the time, this role was the common beginning of a career path for anyone joining the company in a technical capacity. Dozens of programmers and computer operators launched their career from the help desk. This job suited me fine, and I was thrilled to be with the company.

After 2.5 years, I was promoted to a brand-spanking new role created in IT called a technical trainer. My role was to learn new applications created by our developers, train the users and then train the help desk on how to support them. This job is when I fell in love with training. I prepared materials and documentation and interacted with multiple groups, including developers, users and support. I performed this role at corporate headquarters for a couple years, and then I was sent on the road to train not only at the 120 plants we had throughout North America but at dozens of plants our company acquired from former competitors. (This time was before web-based conferencing platforms.)

In all, I worked for Cintas for 21 years. After seven years of extensive traveling, I was fortunate to transition to a systems analyst role, which kept me in town. In this role, I developed code in various languages and tested code for other developers. It was post-9/11, and companies where looking for ways to cut costs that didn’t involve laying off employees. The internet was increasingly becoming a household product, and web-conferencing tools began to emerge, saving companies thousands of dollars in travel costs for their trainers. I saw an opportunity to return to my original love of training, without the extensive travel.

After six years as a corporate trainer, our chief information officer (CIO) retired. The new CIO believed that the trainer role did not belong in IT. Our training team was dissolved, and I was moved to a business analyst role, where I served as liaison between the business and IT.

In early 2013, a recruiting firm contacted me to see if I had any interest in working for Toyota of North America. I told them I wasn’t interested, and they asked if they could call me back in six months. I was happy at Cintas, but I told them it would be fine to call me back. Ultimately, I accepted a job at Toyota in the information systems (IS) department, building the training curriculum for the IS division.

I worked in IS for eight months and established working relationships with the human resources team, which was the “owner” of compliance training content. An opportunity opened in HR as an e-learning specialist supporting not just the division but the entire North American region. I applied for the position and was offered the job. Fortunately, Toyota bought out the rest of my contract from the recruiting firm, and in April of 2014 I became an official Toyota team member.

Later that month, there was an announcement that we were consolidating multiple organizations into one North American headquarters in Plano, TX. I relocated my family to Plano in July of 2015 and transitioned within HR to an onboarding analyst role within our training and development organization. To this day, I have been developing training content, presenting and helping new hires start their journey on the right foot.

Based on my career journey, here’s some advice I’d tell my former self:

And, here’s some advice for newer training professionals:

Be humble, and have a “teach and be taught” mindset. No matter what job we have, we’re always learning! 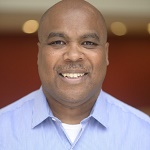 Diversity is a Fact, Inclusion is an Act: 3 Steps to Building a Workplace for All Abilities

How Brain Science Can Change The Conversation On Bias, Diversity, Racism and Privilege