There is an anthropomorphic little guy on many shoulders, from the downtrodden to the high and mighty. He whispers into your ear that you are not good enough, should feel guilty, don’t deserve what you have and should be fearful — very fearful.

This guy is the cumulative manifestation of all the baggage you carry around. He’s a product of your superego, the part of your mind that is semiconscious and supercritical, reflecting standards learned from parents, teachers and other symbols of authority in your life … in other words, the people who packed all that baggage you’re lugging around.

The superego generates criticisms, prohibitions and inhibitions, which represent violated social standards. This little guy insinuates that you’re not as good as the others, that you really can’t and shouldn’t do what you intend to do, and that you’re going to stick out in a crowd like some kind of lout.

The superego also creates an idealized self-image of aspirations, an image that you ought to attain. Here, the guy is yelling, “You’ll never make it acting like that!” and, “You’re going in the wrong direction!” and, “Haven’t you been listening to anyone trying to help you?”

The little guy is not there to help you. And he is present at all social and economic levels.

Where the Superego Comes From

The superego develops during the first five years of life in response to authority figures’ punishments and rewards. Children at this age embrace and internalize parental (and others’) standards due in no small part to a tropism to identify with parental figures. The idea of “family” becomes paramount.

Any violation of social standards produces guilt, anxiety and the need to atone. As young people continue to grow and develop, the superego embraces further role models and rules of a changing society. By the time they reach young adulthood, the guy on their shoulders becomes a royal pain.

As young people continue to grow and develop, the superego embraces further role models and rules of a changing society.

In the popular 1956 science fiction movie “Forbidden Planet,” the crew of a spaceship encounters a mad doctor aided by Robby the Robot. He creates monsters that plague the crew — until it is finally revealed that he is merely recreating their own psychological fears and worries. In other words, he coopts the little guy on their shoulders. Once the crew realizes they actually had control of their own bête noir, they are able to eliminate the monsters.

We all have baggage, but it should be baggage we pack ourselves, not baggage that’s packed by authority figures in our youth and constantly reopened by the guy on our shoulder. We can’t just drop the baggage on the train, because it’s traveling as quickly as we are. Instead, we need to throw the baggage off the train and pack new stuff. Don’t be afraid to kill a metaphoric cow in the countryside with it.

To put it another way, we need to flick the little guy off our shoulder, let him hit the wall and bounce on the floor, and then stomp him until he bleeds out. How? In four steps:

If you think this process is silly or superficial, think again. It’s simple, but it’s not easy.

Remember when you hesitated to let an entire hour pass before entering the water, lest you cramp and drown after a meal? Someone would say, “It’s only been 52 minutes; don’t go in the pool!” That rule seems dumb today, but it’s one of those authority tenets we didn’t question. We have similar issues about appearing arrogant, disappointing others or being selfish, which too often control our behavior.

Real fear is facing a tornado, or an illness, or a mugger. Fraudulent fear is allowing the little guy on your shoulder to intimidate you with ancient dicta and youthful paradigms.

We all have baggage, but it should be baggage we pack ourselves, not baggage that’s packed by authority figures. 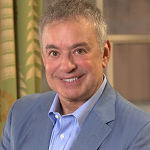 Alan Weiss, Ph.D., is a consultant, speaker and bestselling author of 64 books, the newest of which is “Fearless Leadership: Overcoming Reticence, Procrastination, and the Voices of Doubt Inside Your Head.” Described by the New York Post as “one of the most highly regarded independent consultants in America.” his consulting firm, Summit Consulting Group, Inc., has attracted clients such as Merck, Hewlett-Packard, GE, Mercedes-Benz and more than 500 other leading organizations.

Anti-discrimination and Anti-harassment Training: Are We Going to Get It Right in 2021?