There are many different philosophies on how to manage teams and employees. Regardless of which methods we use, there are some important lessons we can learn from both elite special operations training and professional athletics. Any organization that desires peak performance from their own professionals can learn by observing what organizations that operate at peak levels do with their teams.

Elite special operations forces use a unique training philosophy. They stratify their prospects into three groups: As, Bs and Cs. The Cs are the lowest-performing candidates and are unlikely to continue through the training process. Bs are candidates who could make it to the next grade but need support and coaching. As are the top-tier candidates, who will likely make the grade regardless of what is thrown at them.

In this world, Cs receive the most attention, to help them find an “excuse” for quitting. The sooner that Cs are culled from the herd, the sooner the trainers can spend more time with the Bs. At that point, the Bs receive all the attention, so that the ones who make the grade can then proceed to become As. Eventually, all that is left are As – and they receive all the time and attention.

The important distinction to make between this scenario and the business world is that the attention to the weaker links is made during the selection process – not after the candidates have been “hired.” All too often, the weakest individuals on business teams receive the most attention from managers. This is not to say that all weaker team members should be fired, but it is clear that many employees overstay their welcome.

It is also unrealistic to think that every corporate team can consist of As like elite special operations units. There will always be a distribution of talent, and it generally shifts over time and throughout careers. Here is where professional athletics provides answers that can better inform training, coaching and management.

Professional athletic teams include star players, rookies, players at the end of their careers and role players, each of whom offers distinct value propositions. Everyone contributes to the success of the team, but the star players are not only expected to do more; they actually deliver the most.

That’s why star performers receive the most playing time, the best spot in the lineup, the toughest matchups and the biggest contracts. Likewise, high performers in any business deserve the most attention and the most “minutes,” because they are the ones that make the biggest difference.

High performers in any business deserve the most attention and the most “minutes.”

Role players should know their role. They should receive the attention necessary to understand their role well and perform at the level needed for the success of the organization. However, good role players understand that they only receive attention based on their value.

Rookies are the next generation of role players and stars. It is important to invest time in these athletes to maximize their progress, their potential and their benefit to the organization. Younger athletes are often developed  via training and mentoring by the players who are at the tail end of their career. In the case of the future star, he or she can benefit greatly from being mentored by the aging star.

Leaders and managers parallel the best athletic coaches when they recognize talent, train accordingly and pair generations together with good mentoring relationships. Of course, the most playing time, the most coaching and the most benefit is given to the current stars and the next generation of stars. The best businesses thrive because they practice this approach.

Retail stores focus their energies on holiday sales, Black Friday and other specific events to maximize the days when sales are always strong. Why try to make every day average when a few big days can define the profitability for an entire season? Similarly, it is important to maximize the output of the organization’s strongest performers by focusing the most time on them. Don’t manage to the average. Manage for peak performance, and invest in peak performers. 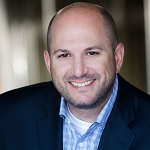 As the founder of Rafti Advisors, LLC, Jim Vaselopulos helps early-stage companies get off on the right foot, growth-stage companies push through plateaus, and mature companies with strategic shifts and complex challenges.

Mentorship in a Dispersed Workplace

The Business of Learning, Episode 60: Leading Learning in 2023