Understanding how to implement learning agility in the context of coaching should begin with a definition of coaching. According to the Training Industry glossary, coaching is a form of development in which a person, called a coach, supports a learner or client in achieving a specific personal or professional goal by providing feedback and direction.

The coach, for the most part, uses a Socratic method of asking questions, and the coachee answers those questions in an attempt to stimulate critical thinking and draw out ideas and underlying presumptions. A coach can be an internal employee or an external consultant but should have formal training in this area.

Whether provided by an internal or external coach, individual coaching is labor-intensive and costly, and therefore, it is typically only provided to people who are seen as having significant future potential and who would benefit from increased personal awareness and capability. Participation in a coaching experience should be something the organization makes available to the employee, but if that employee opts to become a coachee, he or she must wholeheartedly embrace the process.

Typically, a coaching relationship begins with the development of a contract. Why is the coach being brought in to work with this person? What issues do the coach and coachee need to address? If this interaction is successful, what objectives will be attained by the end of the engagement?

This contracting could be done with the coach and coachee but also often involves the coachee’s supervisor. This is normally the only time the supervisor participates in the sessions, except for a final meeting at the end of the engagement. At this meeting, the discussion comes back to the objectives to determine if and how they have been attained.

Coaching sessions can be conducted without the benefit of data, but that is not my practice. Data gives you a starting point, a focus for where the engagement is going. At a minimum, use a learning agility inventory to give the coach and coachee an understanding of what the coachee tends to do in situations in which he or she has never been before and doesn’t know what to do. How broad is that person’s repertoire? What are his or her strengths and areas of opportunity? What aspects of each of the nine learning agility dimensions are areas to leverage or improve?

Use a learning agility inventory to provide an understanding of what the coachee tends to do in new situations.

The other tool that can provide a useful baseline is a 360 assessment. Typically, with this tool, the coachee receives input from his or her supervisor, peers, direct reports and/or customers. If someone has never received multi-rater feedback, and/or if the coaching relationship is focusing on awareness, the 360 can be very useful. It can also be helpful in instances where the coachee has some blind spots. Specific examples of the coachee’s behavior – as seen by others – can add additional clarity to quantitative scores.

The learning agility data obtained from these assessments should be the starting point. The coach needs to validate, or confirm, with the coachee that the data accurately reflects how that person sees himself or herself. If the person views himself or herself differently, then the coachee should give examples of behavior that would support a different position. Often, it is a clarification issue. Once the person better understands what is being measured, he or she accepts the assessment results. If not, the coach should use their relationship or ask the coachee to seek additional feedback from others so they can determine his or her starting point.

Here’s an example. Roberta is seen as a high-potential employee within her sales organization. She has just been promoted to sales manager, with a small team of four salespeople. Her team will be introducing to the U.S. one of the company’s energy drinks, which has done extremely well in Asia. Her team is tasked with determining whether the energy drink will work in the U.S. If it won’t, the project will be terminated. If the product is well-received, then they will expand to a much larger geography. The trial for this new product will be three months. In the session with her boss and her coach, her boss made it clear that market data will be critical to gaining traction. The problem is that the product, while sweet and refreshing, also has an initial aftertaste. This taste goes away for consumers after several uses, but the challenge is how to convince them to try it multiple times.

The coaching objective she and her coach agree on is to achieve distribution of the new product in 200 accounts with sales of 25,000 cases by the end of the three-month test period. She and her coach will meet on Thursdays prior to her weekly Friday sales meeting with her team. They will focus on feedback-seeking and reflecting to achieve her objective. She will seek feedback from her team each week on what is working and what they can do differently.

She and her coach will talk each week about the four aspects of Reflecting: 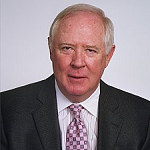 David Hoff is COO and executive vice president of leadership development of talent management firm EASI Consult. He is also the author of a recently released book, “Learning Agility: The Key to Leader Potential.”

Virtual Team Fatigue: Transitioning from a Sprint to a Marathon