Charlie, a mid-level manager in a consultant group, is considered an “up-and-comer” by his boss, Carol, and other high-level managers in the organization. He was pleased when Carol gave him an opportunity to provide an update to senior management on a major project he was leading.

The day of his presentation came quickly. When presenting to an audience of 20 senior managers, Charlie found himself repeatedly glancing at Carol, who was seated in the front of the room. He felt uneasy by what he thought was a quizzical look on her face, along with her occasionally raised eyebrows. He even felt as if she were ready to interrupt him at any moment, but she never did.

During the debrief, Carol, who rarely minces words, pointed out to Charlie that he used too many repetitive phrases when delivering his message and that he made very little eye contact with the audience. She observed that he was either looking at the screen or at her as he presented each slide. In a somewhat warning tone, Carol told Charlie that he needed to watch out for these mistakes, because “with senior managers, it’s all about being polished, and that means paying attention to the details.”

Feedback is a generalized term that encompasses praising, clapping, smiling, winking, nodding, a thumbs-up or thumbs down, raised eyebrows, frowning, or any number of other verbal and nonverbal signals that indicate approval or disapproval. Feedback provides an individual or group with positive or negative information. Criticism can be delivered in similar ways but is always rooted in negative information.

The significant distinction between the two words is that while feedback can be almost any reaction resulting from another action, much like a thrown ball bouncing off a wall, criticism always implies the need to make a change in behavior. If that change is ignored or if the action taken is not responded to quickly enough or at the right level, the receiver of criticism may think he or she will be subject to consequences. Importantly, the key in discerning this difference rests with the giver’s intention and delivery and the receiver’s interpretation of the message.

The key difference between feedback and criticism is the giver's intention and delivery and the receiver's interpretation.

So, while feedback has a lot in common with criticism, it is woefully short of being a synonym.

When there is no understanding of the difference between criticism and feedback, receivers may misinterpret the giver’s intention. In Charlie’s case, is he simply receiving feedback from Carol to make note of it for the future, or is Carol expecting Charlie to make these changes immediately the next time he delivers a presentation?

L&D departments could truly be of help to their managers and employees if they incorporate in their training an understanding of the role criticism plays in the workplace, along with a recognition that criticism is a unique word. When we disguise it and try to water it down with other words in an effort to be softer and friendlier, we only add to the confusion.

Look at some of these findings that resulted from a collaborative effort between National Management Association (NMA) and Bright Enterprises when surveying their 13,000 managers nationwide this year:

Training departments need to invest time in training managers and employees in how to give and receive criticism. This training will help minimize confusion and, importantly, promote a more open and candid work environment.

Training departments need to invest time in training managers and employees in how to give and receive criticism.

NMA managers overwhelmingly agreed that if they were better trained in how to give and receive criticism, they could more effectively fulfill their leadership role. When this training occurs, well-intended and well-delivered criticism will result in greater trust and respect, improved individual and team performance, and meaningful change. That’s something that over 95 percent survey respondents agreed on. 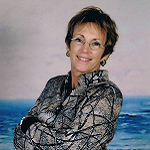 Dr. Deborah Bright is the founder and president of Bright Enterprises, Inc.

How to Build Resilience by Ending the Habit of Overthinking