We all know that an engaged employee is a productive employee, but it can be difficult to devise ways to boost morale and motivation when people feel insecure about the future.

Use the following ideas to make sure that employees feel at least three points of engagement:

Gone are the days of “If you don’t hear anything, everything is OK” policies. Telling people when they’ve done a good job is worth the effort – if they actually did a good job, of course; don’t exaggerate the accomplishment. Being specific on what they did and how they did it will boost the person’s morale and motivate them to be consistent. If someone has no idea whether their efforts are appreciated, they’ll start to wonder why they should bother.

Gone are the days of “If you don’t hear anything, everything is OK” policies.

My company held a March Madness bean-bag competition, and you can’t image how much it boosted morale. Employees who were previously unwilling or afraid to open up to the idea of goal-centered coaching sought out coaching afterward. Why? Because they felt like they connected with me (mainly, laughing at how bad I am at throwing bean bags). We also host trivia at our quarterly results meetings for a small prize. You can use any kind of friendly competition; use your imagination to come up with something yourself that fits your company.

Care About Your Employees.

According to a Dale Carnegie study, a caring manager is a key element driving employee engagement. “That is, employees want their leadership to care about their personal lives, to take an interest in them as people, to care about how they feel and support their health and well-being. A manager’s ability to build strong relationships with employees, build strong team interaction and lead in a ‘person-centered’ way creates an engaging environment in which employees can perform at the highest possible level.”

I don’t inquire too far into people’s personal lives, but I find out what is important to them, and I focus on that. For example, I often ask one employee, who loves rebuilding cars, about the work he does after hours, and he shows me pictures of his work. These conversations are as important to me as conversations when he shows me progress on work projects. I really want to know about his hobby and about the progress he is making, and he knows I care. People need to know that their direct managers or team leaders care about them as people.

This is pretty easy to accomplish. Listen to your employees, take an interest in what they have to say and make them feel heard. If they feel like you are a colleague, they can trust you, and they will not want to let you down.

Gallup’s 2013 “State of the American Workplace” report found that co-worker friendships increase employee satisfaction in U.S. companies by 50 percent, and employees who have a “best friend” or a “work buddy” at work are seven times more likely to be fully engaged in their jobs. I found this to be true in my coaching career; one client, for example, was unhappy and unengaged and couldn’t move up in the corporation he worked for. I advised him to get to know some of his co-workers on a personal level. He developed a friendship with a “work buddy,” with whom he chats and works on projects. As a result, he became happier and more productive and engaged. His boss praised his work and told him, “Whatever you are doing, keep doing it.” He is now the head of his department!

People are more likely to become motivated if they do challenging work. Assign employees new projects or responsibilities, and encourage them to always be learning. When I see an opportunity to give someone an extra challenge that fits in with his or her goals, I take it. For example, a company I worked for offered site tours to outside CEOs or VPs. Once, the head of the site was unavailable, so instead of asking my VP to give the tour or giving it myself, I asked one of our employees to do it. He was working on becoming more comfortable speaking in public, and this was a great opportunity for him to practice. He worked for the company for 13 years and took pride in showing the vendor’s CEO the plant.

People are more likely to become motivated if they do challenging work.

People want to grow and develop. If you arrange their work so that they can do so, even a little bit every day, they are more motivated. Research has found that the best way to motivate people is by facilitating even minor wins. For example, when one of my employees was struggling, we helped him make some small wins, and he really felt empowered and is now a team lead.

People want as much control as possible over their work lives. When you allow them to make choices about how to do their work, they’re more motivated. There are times when we have to override those choices, but when we do, it should be with an explanation of why it’s necessary. When people see that you respect them enough to not just say “no” but to hear them and explain the reasons behind the “no,’ it boosts engagement and helps them understand your thinking.

Introduce Them to the People Who Benefit From Their Work.

Showing employees how their work impacts others gives them a purpose. That purpose is the greatest motivator of all.

How is your company engaging employees?

Showing employees how their work impacts others gives them a purpose. That purpose is the greatest motivator of all. 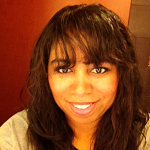 Marie Genevieve Pawlak bridges the gap of cross-cultural and cross-generational communication and leadership. Her company, Planning101, helps motivated people and teams to become leaders in their field.