Growing up outside the city of Philadelphia, I was constantly struck by the prevalence of what appeared to be “haves” and “have-nots” between city lines. When I was in fifth grade, I wrote a letter to my 18-year-old self promising that I would commit to resolving the opportunity divide between communities. Following several years with Teach for America and KIPP Public Charter Schools after college, I decided to go to law school at Drexel University, where I was reminded that failure is practice on the way to becoming great.

One of my professors, Karl Okamoto, introduced us to a new way of learning that incorporated continuous feedback from our peers and endless opportunities to practice and refine our skills. Rather than forcing us to sink or swim on the first try, Professor Okamoto offered us the skills to try and try again. These lessons guided me in my career, and led me, Professor Okamoto, and Paul Tzen to co-found Practice, a video-based learning solution used to scale skill development through practice and feedback.

As we met success, our team of three grew, and I became a manager. As a co-founder of a company, I have little patience for mistakes. However, I have come to know that these mistakes ultimately lead to growth and make up the road to success. While in law school, I learned that failing coupled with feedback leads to success, but it remains difficult as a manager to watch mistakes happen and not react negatively. Rather than going with instinct, I learned to react with feedback and provide opportunities for my team to try again. In the short term, that’s a nerve-wracking practice. In the long term, it not only helps the company grow but, perhaps more importantly, helps each individual grow.

Creating a Cadence of Success

Failure isn’t the end of a path but, instead, a necessary stepping stone toward success. Finding out what doesn’t work is a learning process that makes way for more visions, attempts and great ideas in the future. Success doesn’t happen in a vacuum, especially when it comes to scaling from a startup to public company. There may be an initial vision, but if the team isn’t empowered to contribute and build on that idea or offer new ones, for fear of failing, projects and companies fizzle.

If the team isn’t empowered to build on ideas or offer new ones, projects and companies fizzle.

Leaders can create environments that drive success by infusing these five essential habits into their team dynamic:

Failure is not underachieving; it’s practice. Fostering a culture that believes in roadblocks instead of dead-ends creates an environment where going out on a limb is encouraged, and success will more quickly fall into place.

Failure is not underachieving; it’s practice. 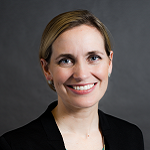 Emily Foote is the general manager of practice at Instructure.

Leading the Learning Function: What It Takes

Performance Reviews in 2020: A Time to Listen, Adapt and Learn