After many years as a successful recruiter in the medical industry, I became the vice president of human resources of a well-respected company. I noticed early on that the CEO approved every hire, from part-time hourly workers to senior leaders. He knew about my good recruiting track record, so I assumed he’d be thrilled to trust me with the time-consuming approval process of new hires. I scheduled a meeting to discuss what he might need to see from me to feel comfortable delegating this task.

His response surprised me. “Thanks for asking,” he said, “but it’s working just fine for me.” I left our very short meeting perplexed; why would the CEO spend his valuable time approving all new hires, especially when I knew I could do it and when so many others had trusted me in the past?

When it comes to building credibility, I’ve learned there’s no escaping time. You’ve got to be willing to pay the price to earn it. A great reputation can instill temporary confidence, but deep trust comes only from seeing consistent behavior over time. If you can’t, or won’t, take the long view when it comes to behaving your way to credibility, you will suffer. And I did …

When it comes to building credibility, there’s no escaping time.

Every two weeks, I dreaded the meetings where the CEO and I met to review every new hire request. He’d ask, “Is there anyone else we currently employ who could do this job?”, “What do we lose if this particular job doesn’t get done anymore?” or, “If we were going to redesign this department, would we hire the same position again?” The questions went on and on. I began to wonder if I’d made the right decision to work in an organization where my credibility was in question. But I swallowed my pride and decided to take the long view.

Over time, I started to see patterns in his questions. I began to anticipate which questions he’d ask. Before each meeting, I’d do my research and arrive with more of his questions already addressed. This process continued for several months, with my presenting the information and then asking at the end, “Have I missed anything?” Every once in a while, the CEO would ask something I hadn’t covered, but usually, I had anticipated and addressed his concerns in advance. Little by little, I started to feel his trust in me build.

Even though establishing trust was my initial goal, I got much more out of our time together than I anticipated. From the CEO, I gleaned critical company information and a wide perspective on business that ultimately enhanced my skill set and built credibility in ways I hadn’t imagined. I also learned the discipline of critical thinking that should go into every hiring decision.

Even more importantly, I discovered the “why” behind what I had initially viewed as his over-involvement: The CEO was driven by a sincere compassion for people, not a desire to do my job. His rigorous process came from a time in the company’s history where the right hiring processes weren’t in place, and a restructure ended up negatively impacting many lives. The CEO cared so much for people that he didn’t want to face that situation again.

Taking the long view gave me the patience I needed to determine what was important to him and to behave my way to credibility with him over time. It also gave me the opportunity to evaluate and strengthen our entire recruitment and hiring process.

If you think you’re not being valued or seen as credible, think again. Try taking the long view. Instead of talking about your competence or expecting people to judge you by your good intentions, behave your way into credibility with consistent, trustworthy actions over time. I promise that your efforts will pay off in the end.

Behave your way into credibility with consistent, trustworthy actions over time. 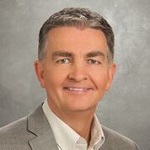 Todd Davis is the chief people officer of FranklinCovey and author of the new book “Get Better: 15 Proven Practices to Build Effective Relationships at Work,” released on November 7.