If you’re trying to raise your employees’ level of engagement, you’re not alone — especially now that the COVID-19 pandemic has forced so many to work remotely. As of June 2020, only 31% of employees consider themselves engaged in their job, according to a Gallup survey.

Poor engagement scores are nothing new. For more than three decades, scholars and business experts have been researching the conditions associated with workplace engagement. Many of their studies have incorporated surveys where employees respond to statements such as “I know what is expected of me at work” and “My supervisor encourages my development” on a five-point scale from “strongly agree” to “strongly disagree.”

But, how much do we know about what employees think about engagement? And what makes a supervisor view his or her direct report as engaged or disengaged? A better understanding of both perspectives could pave the way for strategies that can improve engagement, especially given Gallup research indicating that managers account for as much as 70% of the variance in their direct reports’ engagement.

Below are the six engagement-related themes that employees and supervisors brought up most frequently in interviews I conducted as part of my doctoral research for the State University of New York at Albany:

Employees, What Makes You Feel Engaged?

Nine of 10 employees interviewed discussed the importance of understanding their role in the organization, including knowing how what they do affects co-workers, understanding how the organization operates and being aligned with the values promoted by top leaders. One employee who understood her role complimented her supervisor for clarifying “how what we do affects the larger picture.”

Seven of 10 employees brought up the importance of expressing opinions that supervisors value and, in some cases, act upon. One recalled that “it was heartwarming” when the manager incorporated her feedback into his behavior.

3. My Supervisor Cares About Me

Many employees addressed caring from a personal and professional standpoint. One lauded his manager for “pushing me out of my comfort zone,” while one complained that his supervisor never discussed his career goals. Another employee who was disappointed with his manager’s lack of caring said that “it’s not through him that I’m growing.”

Many employees addressed caring from a personal and professional standpoint.

Supervisors, What Are the Characteristics of an Engaged Direct Report?

Thirteen of 15 supervisors cited proactivity, including one who appreciated that his employee “put forth ideas that might not be popular and was willing to defend them without being obnoxious about it.” Another manager recalled that his non-proactive direct report didn’t take notes or ask follow-up questions after receiving an assignment. A few supervisors also pointed out that less-proactive employees were only passionate about work they enjoyed, such as launching a new initiative, while more proactive employees always demonstrated enthusiasm, regardless of the task.

On the other hand, one supervisor labeled his direct report’s emails as “cynical” and said they demonstrated the employee’s unhappiness with a task and that they were “just doing it because I asked them to.”

The supervisors who brought up collaboration underscored the importance of employees who looked outside themselves in contributing to the organization. According to one manager, an employee who is “willing to celebrate the success of others” is engaged. Another said that “highly engaged employees are very motivated by being able to help others and make an impact on the world.”

What Are the Implications of These Findings?

Does your organization need all these conditions to exist for workers to be engaged? In other words, do employees need to understand their role, be proactive, and effectively communicate and collaborate with others, while reporting to supervisors who value opinions and show they care?

It sounds like too much to ask for. Yet, by determining which of these conditions (and maybe others) are most likely to affect engagement, organizations may be able to develop appropriate training, coaching and other performance improvement programs for employees and managers at all levels. Still, much more research is needed on this critical issue. 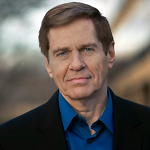 Jack E. Appleman, APR, author of “10 Steps to Successful Business Writing (2nd edition),” offers webinars and coaching programs that help working professionals achieve better results with their writing. He also teaches business communications at New York University. As a doctoral student at the State University of New York at Albany, Jack is researching the link between employee/supervisor communication and workplace engagement. Contact Jack, or visit him at www.successfulbusinesswriting.com.

May 19, 2022The Inception Company 15 sec read
Personalization and Learning Pathways

Making Learning Accessible to Every Worker