In a Monster.com poll, 90% of people said they had experienced workplace bullying. Unfortunately for them, workplace bullying is legal in the U.S., despite its similarity to illegal harassment. Both behaviors feel like a condition of employment, and both are severe or pervasive enough that a reasonable person would consider them intimidating, hostile or abusive.

In other words, an equal-opportunity harasser is well within his or her legal rights to engage in bullying, while a harasser who bullies because of race, religion or other protected class is engaging in an illegal activity. Of course, that doesn’t mean we should allow this behavior to occur.

People engage in bullying for two reasons. First, it is important to them that others believe them to be competent — which explains why abrasive people are often highly-valued employees or leaders; they are, indeed, technically competent. Second, abrasive people are lacking in social and emotional intelligence (EQ). Anyone they perceive as threatening their ability to appear competent causes them anxiety, which results in bullying (think “fight or flight”). Then, due to their lack of EQ, they don’t understand the damage their behavior causes.

For example, I once coached a chief technology officer (CTO) of a Fortune 5000 company. His job was to create and execute brilliant new ideas with his teams so that the company could sell software for millions of dollars — which he did successfully time and time again. However, one of his many bullying behaviors was leaning back in his chair in staff meetings, putting his feet up on the table and launching into a dissertation about why someone else’s idea wouldn’t work. In this case, abrasive leader saw the other person’s idea as a threat to his appearance of competence. This perception caused him anxiety, and he felt the need to shut his employee down (i.e., “fight”). Without EQ, he couldn’t pick up on the damage this behavior was causing.

People who bully aren’t psychopaths, and most can change if they’re given the right tools. Start by making the person see that the bullying behavior has a negative impact. For example, try saying, “We have had several complaints about interactions with you. You are perceived as too abrasive, and that perception of you has to change.”

Notice that unlike an investigation into a hostile work environment, which is focused on facts, perceptions are all you need in order to require a bully to change his or her behavior.

People who bully aren’t psychopaths, and most can change if they’re given the right tools.

Of course, your statement will likely initially be met with denial or justification, to which you will reply: “I don’t know what happened, because I wasn’t there. But I know that the collective perception of you is that you are too abrasive. That one fact has to change.”

Many employers are nervous, believing that putting their foot down will cause a valuable person to quit. In reality, the person often feels honored that the organization is investing in him or her.

This portion of the conversation sounds like this: “This perception of you cannot continue any longer, but we value you and we want you here, so we are investing in you by offering you some coaching to help change those perceptions.”

The leader can answer the first question through a specialized 360-degree review process that gathers perceptions (not facts) and shares them with the abrasive person.

The leader can answer the second and third questions through the coaching process. The coach can help them understand why these perceptions exist and how they can adjust their behavior to adjust the perceptions.

Through coaching, for example, I helped the CTO answer the second question by helping him understand that team members perceived him as humiliating others in public because of the power pose and long-winded explanation. Then, we discussed how he could teach them and help them develop their ideas without embarrassing them. He implemented those new strategies, and the perception changed. In the end, he became a better leader, the team became more effective, and his organization reduced risk and now sees better work. Everybody wins.

Putting a consequence in place helps bullys see that their bullying behavior will no longer be tolerated. 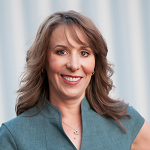 Catherine Mattice Zundel, MA, SPHR, SHRM-SCP, is CEO and founder of Civility Partners, Inc, an HR consulting firm focused on resolving toxic work environments. Clients have ranged from Fortune 500s and small businesses to government and higher education institutions and more. Catherine is also certified in a coaching method designed for abrasive leaders and the author of three books about workplace bullying.

Training for Speed to Proficiency: Pitfalls to Avoid When Designing Training and Learning Interventions for Speed

The Power of Creativity in Learning