From 1972 to 2016, women’s share of professional jobs increased from 44 percent to 57 percent, and their share of managerial jobs grew from 20 percent to 39.1 percent. Despite the movement of many women into managerial and professional jobs, they are still concentrated in administrative support, service, and retail/personal service sales jobs. Women are still underrepresented in professions like engineering and in senior management and leadership positions in government and business. According to the Pew Research Center, women’s progress in top leadership positions in private sector business has actually been slower than in government.

Most Americans find women indistinguishable from men on key leadership traits such as intelligence and capacity for innovation, so it is not mental ability or business acumen that is keeping women out of senior-level management. Furthermore, only about one in five people surveyed by the Pew Research Center say women’s family responsibilities are a major reason there aren’t more females in top leadership positions in business and politics.

A double standard still exists for women seeking to climb into the higher echelon of politics and business. Women are held to higher standards than men, and many businesses are not ready to hire women for top executive positions.

How can women break through that double standard and climb to the top?

Women managers tend to be stymied in their careers due to low ambition and expectations. All too often, women are stuck blending into the background, because they are less confident in their own abilities and too cautious in applying for more challenging roles in the company. Preferring to remain at safer junior management levels, women are setting their career progression expectations at a lower level than their male counterparts.

Women tend to rely more on their work performance and less on relationship-building.

In today’s fast-paced world, senior managers are pulled in many directions and tend to become buried in their work and management obligations. To be noticed, women must step up and build relationships with the people they want to notice them. Doing a great job is admirable; however, it doesn’t win you a seat at the senior management table. A personal referral from a senior manager or superior can. Many men’s careers have been launched over a round of golf. Women are notoriously timid when it comes to networking with men in powerful positions, but that is exactly what it takes to move into the big leagues.

Women need to be willing to take risks.

Sometimes, women have a difficult time taking on areas of responsibility that may involve risk. However, that’s the only way leaders can gain attention and support within their organizations. Peers and superiors see women as better than men when it comes to fair pay, equal benefits, working out compromises and holding to ethical standards. However, when it comes to being willing to take risks and negotiating profitable deals, women are viewed as falling short of men.

Driving the revenue and profitability of an organization involves taking risks and tough negotiation to win large, competitive deals and land high-profile clients. How do you develop the ability to take risks and be a tough negotiator? Forge a bond with a mentor in senior management by showing your confidence in being able to do that job.

Becoming a leader involves much more than being put in a leadership role, acquiring new skills and adapting one’s style to the requirements of that role. It involves a fundamental identity shift. Women need to learn to live in the “skin of a leader” by establishing their credibility in a male-dominated workplace culture by ramping up their ambition and confidence and building relationships with those in senior management who can give them a nudge up the ladder.

How can women break through the double standard and climb to the top? 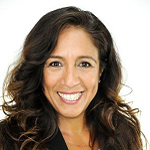 Angela Grosvenor is an ICF-accredited coach and a Marshall Goldsmith Stakeholder Centered Executive Coach. Her particular focus is on giving women the tools, confidence and inspiration they need to succeed in the corporate world. To learn more about Angela, visit angelagrosvenor.com.

Trial by Virus: How COVID-19 Exposed Leaders’ Strengths and Weaknesses

How to Organize a Great In-person or Virtual Leader Forum

Seismic Shift to Remote Work and an Urgent Need for Leadership Development Drives $13.1M Series A Funding for Coaching Platform Sounding Board