The importance of leadership to building successful organizations cannot be overemphasized. People aspire to be leaders and seek inspirational and transformational leaders to guide them. Most people dream of raising their children to be strong and resilient – to become leaders, rather than followers.

Leadership development is big business. Recent Training Industry research found that the leadership training market in North America grew by 11 percent in 2018. The proliferation of books on leadership is also a testament to the fascination that leadership holds for most people. As of March 2019, if you conduct a search for “leadership” on Amazon.com, the site will tell you that there are over 100,000 books on leadership, reflecting the public’s insatiable appetite on the subject. This trend is not new. A Harvard Business School Working Knowledge column from 2002 pondered the “bull market” in leadership books, and there was a bull market in leadership books in the analog era, as well. In fact, some of the most famous books of antiquity are “The Art of War” by Sun Tsu and “The Prince” by Niccolo Machiavelli – both books about leadership.

The deep-seated human aspiration and desire to lead or bask in the reflected glory of good leadership is also reflected in architecture all over the world. If you have admired Versailles and Paris, you have Louis XIV and Napoleon III, respectively, to thank. We may debate the means by which they achieved these spectacular results, but their vision was driven by leadership. What’s more, urban landscapes around the world are punctuated by statues of leaders. As the saying goes, you will be hard-pressed to find a statue of a committee anywhere.

Despite the prevailing pull of leadership, not all leaders succeed. What is it that sets apart successful leaders? They are able to galvanize the imaginations of the people around them. Successful leaders build effective, high-functioning teams.

Hap Klopp, founder of The North Face, attributes much of his success to being able to attract, inspire and retain a talented team. In fact, he told me that one of the things he is “most proud of” is that his “leadership team members at the North Face went on to distinguished careers, and they too built strong high-performing teams.”

Klopp has written several books. One, “Almost: 12 Electric Months Chasing a Silicon Valley Dream,” is a play-by-play tale of how a different, well-funded start-up, with state-of-the-art technology and star achievers, never made it. Another, “Conquering the North Face: An Adventure in Leadership,” details his successful founding of The North Face. The outcomes that Hap Klopp describes in each book are starkly different.

In the case of The North Face, Hap was the sole leader, but he had a united team around him, and together, they weathered every business storm. In the case of the other company, Hap Klopp was one of the two leaders presiding over a divided leadership team. The disparate visions of the leaders proved to be so damaging that no state-of-the-art technology or venture funding could help.

For an organization to effectively navigate organizational change, people’s behaviors must change first. Neff, who is the founder and principal coach at ProFormance, believes that “leadership development, [the] use of emotional intelligence and ongoing coaching are key to building sustained leadership team effectiveness. Without having these qualities, teams are, in effect, highly susceptible to failure.” He also distinguishes between leadership team training and leadership team development. The latter has greater value, because it requires an ongoing team commitment, builds alignment and drives long-term behavioral change, whereas training can be a “situation-specific,” limited activity that does not necessarily result in actual behavioral change.

Indeed, executive team leadership development requires a sustained commitment to succeed. It’s a must-have, rather than a nice-to-have. Executive coach and best-selling author Roberta Chinsky Matuson believes that “When companies invest in their leaders, they send a message to those leaders and the people who work for them that employee development is valued. Studies consistently show that employee development is a key retention tool, and in this day and age of full employment, anything you can do to retain top employees is something worth considering.”

Fundamentally, great leaders value the people around them and dedicate themselves to building strong, high-performance teams. The members of these teams, in turn, build their respective teams. If done right, with perfect alignment, the power of talent is harnessed for greater good. Great leaders are great at doing just that. 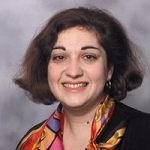 Jasmine Martirossian, Ph.D., is the vice president of marketing at TÜV SÜD America, where she is responsible for all areas and aspects of marketing, from strategy to implementation, with focus on the United States, Canada, Mexico and Brazil. Her doctoral dissertation focused on group dynamics and governance, decision-making, and leadership issues, and this expertise has led to her working with many boards of directors, leading strategic planning sessions.

High-potential Selection: The Most Crucial Decision You’ll Make (but Not for the Reason You Think)

The Dose Makes It Toxic: How to Minimize Negative Emotions in the Workplace