When I was a member of an adventure racing team, we were always running into obstacles – some natural, some man-made and some from our own team. While mountains could be climbed and equipment repaired, a poorly functioning team always stopped us dead.

One of my biggest lessons in adversity management came when I was participating in the Raid Gauloise. We were on our sixth nonstop day of racing, which went from the Himalayan Peaks of Tibet to the high deserts of Nepal, when we entered the transition area, where we switched from hiking to biking. We had a two-hour lead on our close rivals, the French. All we had to do was pedal 70 miles to the finish line to win. There was one problem: Our bikes weren’t there. Neither was our support crew. What would you do in that situation?

Be Ruled By the Hope of Success, Not the Fear of Failure.

Our team leader, John, was one of the most natural leaders I know. Instead of sitting and waiting for our support crew, he thought there was still a chance to win the race. He walked around the transition area, haggling with the spectators until he came up with the best five bikes he could find.

The bikes we received were (how should I put this?) of a questionable state. But they were bikes. They had pedals, seats and tires, and they would allow us to keep moving forward. If we had waited for our high-powered mountain bikes, we would have stayed too long. In life and business, you can’t wait for perfect conditions. We took these bikes, as poor as they were, because they gave us a fighting chance to win the race.

Or so we thought.

See Challenges Instead of Roadblocks.

The race organizers had different ideas about our bikes. They weren’t impressed with our out-of-the-box thinking. Since our makeshift bikes did not meet the “mandatory race specifications” of front shocks and mounted lights, they would give our team a time penalty of three hours – per bike! – if we used them.

This became our moment to show the world how our team overcomes adversity. Faced with yet another roadblock, we took it as a challenge. We accepted the 15-hour penalty, got on the bikes and pedaled away.

Accept and Embrace Adversity as a Chance to Learn and Excel.

Long story short, we didn’t win that Raid Gauloise. Neither did our French rivals, however, who for some obscure reason were detained by the Nepalese police five miles after they passed us. But we did come in fourth and received a standing ovation for our effort meeting those challenges.

In the end, our ability to accept and embrace adversity gave our team the opportunity to excel. By embracing adversity, we learned so much about ourselves and our ability to overcome obstacles that we were determined to conquer in the next adventure race, the Borneo-Eco Challenge. We won that one over our French rivals, but that’s another story.

When your team is faced with adversity, see challenges, not roadblocks; be ruled by hope instead of the fear of failure; and never wait for perfect conditions.

When your team is faced with adversity, see challenges, not roadblocks; be ruled by hope; and never wait for perfect conditions. 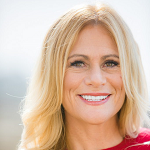 Robyn Benincasa is a thought leader on inspirational leadership, a world-champion adventure racer, the founder of Project Athena, a CNN hero and the author of the New York Times bestseller “How Winning Works.”