I’ve asked for you.

We’re all now painfully aware of the phrase, “new normal.” You hear it everywhere: ABC News, Fox, NPR, even The McKinsey Quarterly. The details involve dropping wages, job scarcity, reduction in force, and economic and political upheaval across a global change curve. The larger view of these perhaps unrelated events depicts a dynamic future for all of us. Conventional wisdom would have you believe that our collective economy and existence has now settled into a new reality of norms and expectations.

Allow me to be the bearer of bad news then – there is no “new normal,” in fact no-normal would be far more apt. Any sense of normalcy has yet to gel again, and it may take another 7 to 10 years to do so. Believe it, get used to it (I’m betting most of you reading this are already aware of the still fluid nature of your everyday life). Even more importantly, consider what no-normal will mean to being a leader in your organization through this next decade.

I have the good fortune of having been mentored by two acknowledged giants in the world of organizational leadership: Paul Hersey and Marshall Goldsmith. I also count author and coach Howard Morgan as a good friend and colleague – and I’ve discussed with all three their views on the impact of a no-normal world on leading others.

Here’s what we know:

That’s the expert view on what it will take to lead in a no-normal world, yet the picture is still incomplete. If the leader of the future won’t know enough be the expert, then they’d better learn how to ask, and learn what to ask. We now need to find out what our employees want us to know and what they want us to do in leading them through the winds of a perfect storm. I have asked them for you. I took the initiative and surveyed what your people would say to you if they had the chance. I received over 6,000 responses regarding what they want – from every corner of the globe, every level, every tenure.

We received survey data from more than 1,700 of our clients’ employees around the world. Four global organizations are represented in the data, and responses were sent directly to us assuring complete anonymity. A very broad and balanced perspective was gained, equally representative of every global region, organizational level and individual tenure or business acumen.

We chose our questions carefully. It used to be that we would ask coaching clients for up to three areas to consider for behavioral change. The longer we’ve been at it, the clearer it has become that the ideal number of change targets for any of us is one. Not two, or three, but one. In our first survey question we asked respondents to limit their feedback to just one thing they would like to tell their boss about his or her leadership of them. We then added the convention of “start/stop/continue” in that it lends itself to simplicity, and covers what might work, what isn’t working and what is already working for them. It leaves room for choice. The four questions we asked were:

We have almost 7,000 responses, hundreds of thousands of words, all from people much like those in your organization. Simple answers from the same part of the world you live in, at a level of experience and authority much like yours. The answers are a wake-up call to some very simple truths. Read on.

We used text analytics and verbatim review to discern patterns from this wealth of information. Text analytics now provides the ability to crunch words the same as we’ve “crunched” numbers for decades. It depicts the repeated relationships, frequency and even sentiment carried within the verbatim responses.

Let’s start with what your people want you to know. The first question was, “If you could tell your boss just one thing about his or her leadership of you, what would you say?”

What would you guess was the incidence of purely negative response? Not constructive criticism, just plain negative evaluations. Most people I ask this of assume anywhere from 50 to 80 percent of the responses to be highly negative. In reality, the data shows only 7 percent.

We are not leading an angry, disaffected workforce. If you believe what you see and hear in popular media you would think the entire world was furious. What you are hearing are simply the people with the microphones. Controversy sells in media … divisiveness sells … tension sells. In my opinion, the majority of your people – the ones you need to learn to keep – are waiting to engage. In my opinion, they are waiting to be asked, and the data support me.

Would you care to venture another guess as to the number one response to “what would you say?” Almost 1,700 people were asked what they would say if they could tell their boss just one thing about their leadership. The number one answer was “Thank you.” In fact, the top three responses involved some mixture of appreciation and acknowledgment for a job well-done.

The responses, considering frequency alone, fall within the categories of communication, praise and recognition, treatment and respect, performance review, and independence. This is what they want to say to us! What matters to them in a no-normal world is genuine communication, direct feedback (both process and praise) and autonomy … the freedom to make some mistakes in a world gone crazy.

I’ll be blogging for TrainingIndustry.com this year. I’d love to know what you think. Next, I’ll reveal what your people want you to start doing, stop doing and continue doing in leading them. I look forward to hearing from you. 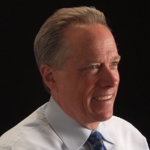 Don Brown is the developer of ‘The Leader’s Daily’ and co-author of “Bring Out the Best in Every Employee” (2012 McGraw-Hill), “What Got You Here Won’t Get You There – in Sales” (2011 McGraw-Hill) and “Situational Service® – Customer Care for the Practitioner.”

Don has spent 30 years ‘helping people with people’ for the likes of Anheuser-Busch, Ford Motor Company, United Airlines, Harley-Davidson Motor Company, Jaguar Cars, SYKES, and Hilton Hotels. You can email him at don@donbrown.org.