The senior team member startled the rest of the team with the opening statement, “My name is Lee. I have to be here, so here I am. I will not be participating.”

We had just started our training session on high-performance teams. It was a group of about 12 people, so I encouraged them to briefly introduce themselves and share what they hoped to get out of the work we would do together.

All eyes were on me, waiting for my response. I was not alarmed; having led many other workshops and training events, this statement was not new to me. I appreciated the honesty, and, more than that, I knew that Lee could be a key to making this workshop successful.

I smiled, laughed and walked over to him. “I appreciate your candor,” I said. “If you happen to be paying attention to any parts of this training, can you share your ideas on what will and won’t work for this team? I know you are the most experienced person on the team. I expect you will be able to correct me when I am way off base on what will work for this team — and I know that will happen.”

Lee was surprised. He hesitated then laughed as well. “I won’t hold back.”

I said, “Thank you” as we shook hands.

Why was I happy? I have learned that having skeptics, or even open cynics, in my workshops is the key to having the best outcomes. In workshops where there is no friction between the people and the ideas I am presenting, those ideas are less likely to stick and are, therefore, less likely to lead to positive differences.

On the other hand, if there is a significant conflict, there are two possible outcomes: The heat of the friction can engulf the whole workshop into the bonfire of destructive arguments, or the heat of the resistance can become the fuel for innovation.

Leaders of major workshops, or even regular meetings, can master the following techniques and use them to lead to the best result: everyone’s engagement in creating the best solutions possible.

Give people direct permission to be openly skeptical, and even critical, of the ideas presented.

Give people direct permission to be openly skeptical, and even critical, of the ideas presented. When Lee opened up the workshop with defiance, I welcomed it, and by doing so, I embraced it for everyone.

Provide a sacred space for the creation and criticism of ideas. When I presented a new principle, I wrote two columns on the whiteboard. (I do this activity in virtual workshops as well.) Then, I asked everyone to contribute in listing ways the ideas presented would help the team as well as noting all the reasons they would not work. (Yes, Lee fully participated in creating the list of why the concepts would not work).

Act upon both the positive and the negative. Use both lists to shape the ideas and make them better for the whole team. I never pushed Lee to participate. However, throughout the workshop, Lee became more engaged. Everyone was listening to and acting upon critical thinking.

Encourage learners to switch perspectives. Toward the end of the workshop, I asked the most positive person to switch views and list 10 reasons why the principles presented wouldn’t work. I gave Lee the opposite challenge: “Pretend you are the leader of the whole organization, even above the team leader in the room with us. What are 10 ways you would make changes to move this organization to higher performance?” Lee responded with 20 ideas.

Leave the workshop with a realistic action plan. Workshops that leverage the conflict of ideas well generate more ideas than are possible to implement. Encourage participants to be clear on the key ways they will work differently in the following week, and ask them to share those commitments openly with the whole team.

I received a call a few weeks after this workshop. The team member explained to me that Lee had been “retired on the job” for almost two years. He rarely left his office but was now often visiting the offices of other team members, providing mentoring that was both useful and delightful.

The results of the workshop were also delightful for the team. They improved their performance in measurable ways by over two times in the span of the next eight weeks.

Each of us knows we can go slower. Each of us knows how to hit the brakes. The reverse is often not visible, but we can go faster without sacrificing quality when we use the right tools. The ideas in this short article are just one example of that fundamental concept. Besides owning a brake, you also own an accelerator. Learning and practicing the right methods will help you find that it.

Buckle up: You are about to go fast.

Provide a sacred space for the creation and criticism of ideas. 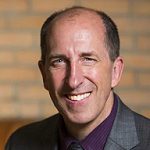 Alan Willett, author of the new book “Lead With Speed,” is the Master of the Friction Point. Often, the work you do hits discordant obstacles that slow down or derail your needs and dreams. Alan transforms the heat of those friction points into the energy of innovation and results.

3 Reasons to Partner with a Training Provider

When To Deploy Coaching vs. Training vs. Consulting