How well does your organization retain and attract talented, engaged employees?

Recent studies find that more Americans are quitting their jobs and finding new jobs at a higher rate than we have seen in 17 years. The U.S. Department of Labor reports that over 200,000 Americans left their jobs in May 2018. The rate of voluntary quits – people leaving jobs of their own volition – is 2.4 percent, the highest rate since April 2001. Not many who want to work are out of work. The U.S. unemployment rate in May 2018 was 3.8 percent – a 10-year low – and rose by 0.2 percent in June.

An improving economy and consumer optimism translate into employee transitions. Many Americans are not only looking for new jobs, but they’re leaving their old jobs because they’re finding them.

Are they leaving for more money? It doesn’t seem to be the primary driver. Research by TinyPulse found that 77 percent of employees do not feel strongly valued at work, and in a 2017 study, Globoforce found that the strongest factors in creating a positive employee experience are meaningful work (27 percent), empowerment and voice (17 percent), and feedback and recognition (16 percent). The greatest influence on these factors is the employees’ direct boss. And most bosses aren’t having positive impact on these factors – they’re having a negative impact on them.

Leaders who see their role just as “getting results” are unlikely to frequently offer employees praise and encouragement, authentic listening, or credit or to celebrate efforts as well as accomplishments. Yet the best bosses do these things daily.

To get your leaders out of the “command and control” mindset, do these three things:

Offering the training without the education (the context) of why such skills are critically important and without the data (their leadership impact today) won’t inspire leaders to put those skills into action daily.

The surveys cited earlier can provide a global context to educate your leaders. Data from your own work environment – retention rates, engagement scores, etc. – will be more powerful than data from other organizations. Use an instrument like a 180-degree survey that scores leaders’ impact in areas like constructive styles, passive-defensive styles and aggressive-defensive styles. The leader’s self-scores indicate their intentions, and feedback from their direct and indirect reports indicate the perceptions of others. If a leader’s impact is more defensive than constructive, it is unlikely that they’re building positive relationships – they’re probably eroding them.

Leaders can evolve. They can learn new ways of interacting – ways that improve relationships and validate others’ efforts. That’s how you’ll retain and attract talented, engaged employees to your company.

Leaders can learn new ways of interacting – ways that improve relationships and validate others' efforts. 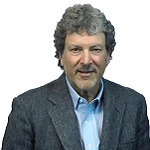 S. Chris Edmonds is founder of The Purposeful Culture Group and the author of the Amazon bestseller “The Culture Engine” and five other books. He tweets @scedmonds, and you can find his “Culture Leadership Charge” videos on YouTube.