Recently, I was on a beach in northern California. It was a gray, overcast, cool day, and I had the beach to myself. The Pacific Ocean was living up to its reputation, with cold, big waves crashing onshore. I sat down to read a book and listen to thundering waves and surf. I was 15 minutes into a good book when I looked up and saw a surfer in a wetsuit paddling out to the wave line.

I watched this surfer with fascination. I’ve never stood up on a surfboard in the ocean. With my limited knowledge, I could see that everything he was doing was wrong. He started paddling too late and missed the waves. He would pop up too late. His weight wasn’t balanced when he popped up. When he made it upright, he would immediately turn right, turning too early, and the board would rip out from under him. I watched him repeatedly attempt to stand. Every attempt ended the same way: He would face-plant into the ocean, his board would go spiraling in the air and ocean water would spray upward in a funnel before raining back down over him.

Without talking to him, I felt I could hear the dialogue in his head: “Now!, paddle, paddle, paddle!” “Pop-up now!” “Drop your shoulder.” “Bend your knees.” “Turn right.”

Watching him from afar, I could see he was going through what he had been taught, but none of it was working for him. Nothing looked natural, and he fought for every move. It was as if his instructor’s voice made so much noise in his head that he couldn’t hear his own voice. He kept making his way down the checklist of what he had been taught, yet he couldn’t convert that knowledge into a successful ride on a wave.

This guy had persistence. He tried to pop up on his board for over an hour. After one particularly nasty face-plant, he paddled back out to the wave line and sat on his board. He stayed there for a long time, his feet dangling over the sides into the cold, dark water. His shoulders sagged. He looked cold and exhausted. He was breathing hard. He looked frustrated. It looked as if he were giving himself a pep talk. He was going to focus not on what he had been told but instead what felt right to him.

He started paddling, and this time, everything was different. His body looked relaxed. His timing was good. His pop-up was balanced. He turned left instead of right, timing the turn perfectly. It was as if he told himself, “None of that other stuff worked; let me trust my instinct and act on what feels right to me.”

That wave worked for him because he shifted his focus from what he was told do to what he wanted to do – what felt genuine to him. He moved with the board instead of fighting it. I could see all this from my spot on the beach without ever talking with him. The surfer rode that perfect wave all the way to shore. He got to the sand and picked up his surfboard, carrying it back to his car with a big smile on his face.

Second, leaders need to have persistence. Learning from failure and mistakes are some of our best development experiences. We learn by trying different things, relying on our instincts to explore different approaches. It can be draining and frustrating, and it provides growth. The best leaders cultivate resilience and keep coming back to try different paths to success. They know that failure is part of the journey and growth occurs from each attempt.

The best leaders cultivate resilience and keep coming back to try different paths to success.

Third, leaders need to reflect. The way to grow is to reflect on what is working or not working. Leaders must reflect on their instincts, on what feels right and what feels forced or inauthentic. The surfer reflected while in the water to change his approach to the last wave. He also reflected after the wave on what he did differently that made him successful to learn for the next time. Great leaders use reflection as a powerful tool. They combine it with intention at the next attempt; they know what they want to do and how they plan to do it. The key is to plan for reflection time. It is important to spend time each week reflecting as a leader on what works and what doesn’t.

In his Pulitzer Prize-winning book “Barbarian Days,” William Finnegan writes about his surfing obsession. He describes chasing waves all over the world. Each wave tells a story of how he learned how to surf the physical and metaphorical waves in his life. How he learned to read the ocean and trust his instincts. How he reflected on what worked and what didn’t work in each environment. And, ultimately, how he chose to keep going back in with vigor. Leaders surf these metaphorical waves each day. Their success in riding them comes from how intentional they are in their approaches and their natural actions.

What is your perfect wave? How do you trust your instincts, cultivate resilience and intentionally reflect for your growth?

How do you trust your instincts, cultivate resilience and intentionally reflect for your growth? 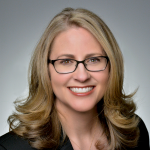 Karen Eber is a leadership development expert with General Electric, focused on helping individuals, teams and organizations perform their best through identifying and leveraging their strengths. She uses a storytelling approach to point out examples in everyday life that inspire all people to reach their leadership potential and be #betterthanyesterday.

M&A in Corporate Training: Investments and Acquisitions of the Second Quarter of 2021