It’s actually pretty easy to be the boss. All you need to do is put on your boss hat and play boss. It’s a lot trickier to be a leader.

Much is written on the subject of leadership, mostly because there are still many places where it’s not working so well. We focus on things we’re not satisfied with, so the fact that so many people are talking about leadership is worrying.

When I ask managers why they are managers, 99% of them can’t give a sensible answer. After a bit of thought, they offer empty phrases about contributing, helping others grow, or making themselves redundant. Some simply think that it’s “cool” to be boss — and, of course, it comes with certain perks. The worst answer I receive is, “I don’t know.” Sometimes, I think that many people just didn’t escape in time when they were asked to be a manager.

Does it really matter why people are managers? Surely it doesn’t make a difference, as long as they do what they’re supposed to? But that begs the question of what managers are supposed to do. What should their day look like? Have the managers in your organization ever reflected on how often they are doing the right things?

The “right thing” to do is whatever helps us reach goals, and anything that doesn’t lead to the goal is the wrong thing—right? But it’s not the manager’s goals we’re talking about here; it’s the team’s goals. You’d be forgiven for thinking they should be the same, but that’s rarely the case.

If a manager’s goal is to solve difficult problems, she will continue to act as a specialist instead of leading her team. If a boss is more interested in building a career and elbowing his way up through the hierarchy, his choices are obvious. If a manager’s aim is to optimize her own economic gain, she will not prioritize the team’s well-being. If a boss wants more than anything to be liked by his team, his behavior will focus on popularity.

The Path to Success

Even now, in 2020, few managers have realized that the path to their own success is through the team they lead. Perhaps it’s a long, demanding path, but it’s a sustainable one.

No matter the goal, 10 people can reach it more quickly than one person can. As a manager, if I insist on being the only person who makes all the decisions, the mission is doomed from the start. Trying to do all the important work myself would be like trying to play hockey alone against a six-person team. I could probably last for a little while, and if I were a world-class player and my opponents were from the Little League, then I might be able to make a few goals. But over time, I would lose. I’d need the rest of my team out on the ice if I wanted to survive the match.

The key is communication — and while we communicate more than ever, we often don’t connect with each other.

The key is communication — and while we communicate more than ever, we often don’t connect with each other. Do your managers really reach their team members? Do their team members listen? Do they buy into team goals? Do they know exactly what they need to do to accomplish them?

No matter what it is the team is working to achieve, and regardless of the manager’s vision or goal, they will succeed if the manager sees members as assets rather than liabilities. Not everyone is great at what he or she does, and not everyone on a team will be able to deliver top-quality work. In principle, however, all team members could do more — if their manager just knew how to lead them.

Forget What You Know

In order to communicate effectively, managers must forget most of what they have heard about leadership. The only thing they really need to do is to sit down with each individual team member and understand what each person needs in order to do his or her job. The team’s goals may not be negotiable, but the way to accomplish them is to give all its members what they need.

Not everyone is on the same frequency. It doesn’t matter how we work; the majority of the people we meet will work in some other way. The trick is to understand how.

Chances are your managers have read a book or taken a class about effective communication — which is great. The problem is that their teams don’t care what they’ve read or done; they just want them to communicate in a way that they understand. And no two people communicate in exactly the same way.

Being able to adapt to different styles of communication is easy if managers have one prerequisite: They know where they’re coming from. Their own self-awareness will determine if they can be an effective leader. And the best leaders have the highest self-awareness.

Adapting to different styles of communication is easy if managers have one prerequisite: They know where they’re coming from. 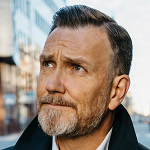 Thomas Erikson has trained more than 5,000 executives to be better and more efficient leaders. He has written several popular science books on communication and human behavior, including “Surrounded by Idiots,” a bestseller with over 1.5 million copies sold in more than 40 languages.