It seems like it’s the workplace’s nature to raise some degree of negativity — but the dose makes it toxic, and leaders can minimize negative emotions in their workplace by learning productive methods and tools to transform their workplace into a healthier and more effective one.

There are many reasons for leaders to pay attention to the toxic emotions in their environment. In her book “Who Switched Off My Brain?”, Caroline Leaf, Ph.D., writes that as much as 87% to 95% of mental and physical illness is a direct result of toxic thinking. Fortunately, recent research has also illuminated the relationship between positive emotions and productivity, and many organizations are now investing heavily in their employees’ well-being.

The first step for leaders is to act as barometers. Barometers measure atmospheric pressure, and leaders should similarly be able to measure the mood in their workplace to understand the emotions of the present moment. In their book “The Emotional Life of Your Brain,” Richard J. Davidson, Ph.D., and Sharon Begley offer emotional styles. The third is the social intuition style, which is about reading other people’s body language and tone of voice.

This social intuition is one of the most significant competencies that leaders can invest in developing. It gives them data to adjust their behavior, whether that adjustment involves influencing others, resolving a conflict or managing toxic emotions. When leaders can feel what’s happening around them and measure the moods of their team members, they can decide on impactful actions.

Negative emotions like anger, depression, anxiety and fear become toxic when they are experienced in excess. We don’t know the exact amount that makes them toxic, which varies from person to person and instance to instance. We do know, however, that we can manage toxic emotions and thoughts so that they’re no longer toxic.

When leaders can measure the moods of their team members, they can decide on impactful actions.

In the workplace, we often find ourselves walking — or maybe running — toward a specific objective or direction along with many other people. If that direction is not clearly defined by leaders or is not understood by everyone on the team, it can create a chaotic climate and serve a hotbed for negative emotions.

In my leadership workshops, I often ask participants to close their eyes and point north. I then have them open their eyes, and usually, they see that they’ve all pointed to different directions. I ask them, “If I told this group to go to the north, where would we end up?”

When people are not sure where to go, it results in confusion, anger, disappointment and anxiety. It is the leader’s role to make sure that the team’s direction is clearly defined and mutually understood.

When negative emotions become part of an organization’s culture, leaders can develop other pathways toward positive feelings and better results. What if, for example, leaders could transform anxiety into curiosity? Both of these emotions have to do with the future. What if, instead of being anxious because the future is beyond our control, we could be curious about it?

Of course, the way leaders approach toxicity in the workplace depends on the degree of toxicity that exists. However, it is empowering to know that leaders have an active role in what is happening — and the way they choose to act on these emotions can paint a different picture for themselves and their workplaces.

What if leaders could transform anxiety into curiosity? Both of these emotions have to do with the future. 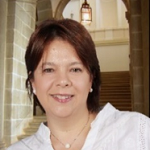