As you scan the horizon of failed corporate change efforts, occasionally, you find an organization that successfully implemented a massive and permanent shift in behavior. Is the difference dumb luck, or can we learn from the best?

In an attempt to uncover the widespread resistance to change that we see behind most failed initiatives, my partners and I interviewed leaders and teams who failed despite massive investments in training and support. Next, we interviewed the teams who adopted and aggressively implemented change initiatives. The message we received could not have been more surprising.

The most startling finding was that both the successful teams and the failed teams believed in the change and were convinced it was the right thing to do. Both groups were highly persuaded by the merit and even the urgency of the measures. Both groups also feared resistance to the change effort, worried about failure and predicted the exact barriers they would face.

There was one key difference. Groups who were successful did two things others couldn’t: They used two different skill sets, and they were social skills – soft skills. Successful groups spoke openly about anticipated problems. They were masters of what we call crucial conversations. They effectively talked about concerns and barriers and thus created the social support needed for success.

Once people have discussed concerns and established plans, it’s time to implement them. But what if people violate new processes and rules or behave in ways that are incongruent with the philosophy behind a change effort? In top companies, people know how to discuss broken promises, violated expectations and bad behavior – that is, they are skilled enough to speak in the moment and face to face about problems. They’re masters of what we call accountability conversations.

New policies, procedures and processes will never find a footing if employees violate them without suffering consequences. In order for change initiatives to succeed, people must know how to confront one another in an effective, direct and healthy way. In short, they must be accountability masters.

Now that we know the secret of successful organizations, let’s look at the application of these best practices. Our research into resistant and receptive teams in Six Sigma change efforts, for example, revealed five concerns people must resolve if they hope to adopt and sustain Six Sigma practices:

Further, in the poorly performing teams, self-fulfilling prophecies replaced crucial conversations. Since people concluded change efforts were a sham, they silently withdrew their support. As they did so, the effort stalled, confirming their assumption that it was a waste of time. Similarly, those who believed it would never work because no one ever held their deadbeat peers accountable were so confident of their conclusion that they didn’t bother expressing it. The result? Their colleagues were not held accountable, and their suspicions were confirmed.

Here’s why the ability to hold a crucial conversation is a key to success: To break from this unhealthy cycle, people must find a way to surface, test and change their conclusions – or they will act them out, with predictable consequences. They must be able to honestly raise these five concerns and express their ideas so change can be tailored to specific cultural dimensions and unique needs. And everybody – no matter their background, education or expertise – needs to be able to speak and be heard.

In successful departments, when people encountered these five issues, they raised their concerns. If they effectively held an accountability conversation, they influenced the other person’s behavior. They also found that reality wasn’t quite as bad as their conclusion. They’d discover, for example, that their boss was not uncommitted but, rather, overwhelmed. What was important about accountability conversations was that they often produced change both in the other person’s behavior and in the initiator’s perception.

When all the ideas from a team surface, two things happen. First, the team experiences synergy, and people build off each other’s input to make the best decisions. Second, people act on those decisions with commitment and unity. In short, when stakes are high, opinions vary and emotions run strong, change efforts work best when people know how to hold crucial conversations and hold others accountable.

The underlying principle is that any significant social change involves a redistribution of power and resources and attention to priorities that aren’t in some leaders’ top drawers. People will still take a look at what’s being asked of them and conclude that bad things are about to happen, so they resist. Consequently, a change effort is less likely to fail based on the technical merits of the project than on whether or not “opinion leaders” are capable of dealing with the inevitable resistance. More specifically, can opinion leaders (and, eventually, everyone) routinely employ two important social skills: First, can they talk about and work through differences of opinion (crucial conversations), and, second, once there are new standards, can they deal with colleagues who don’t keep their promises (accountability conversations)?

Consistent application of these crucial soft skills ensures the success of any new and promising practice. As you begin to implement these skills into your corporate culture, how can you ensure that they don’t become the next “flavor of the month”? We’ve seen two kinds of postscripts. We’ve seen organizations where leaders brush aside their crucial skills, and, predictably, their change efforts flounder and eventually fail. But we’ve seen even more cases where leaders develop and use their skills in a way that profoundly, positively affects their leadership style. In these cases, there may be both progress and backsliding, but when they continue to pay attention to how they handle both crucial conversations and accountability discussions, they enjoy significant and lasting change.

Consistent application of crucial soft skills ensures the success of any new and promising practice. 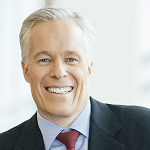 Accelerating the Inevitable: How 2020 Impacted the L&D Landscape and What Lies Ahead

Development in the Workplace: What We Learned in 2020

How Are You Really, Really Doing?: 3 Ways to Train Managers to Connect to Themselves, Their Team and Their Organization