Since the 2019 Stanley Cup win, St. Louis has been filled with a warm spirit of camaraderie and elation. The combination of athleticism, spectacle, Busch beer and Imo’s pizza makes for an addictive pastime, and I am thrilled to take this glorious opportunity to write about the 2019 Blues hockey season — specifically how it relates to organizational leadership and team dynamics.

This hockey season has been a whirlwind. The St. Louis Blues went from being in last place in the league on January 3 to winning the Stanley Cup in June. What does hockey have to do with team dynamics and leadership? Here are the seven organizational leadership lessons that I’ve learned this season from watching my beloved Blues.

1. Humility Is Crucial to Your Character, and the Best Leaders Are Servants

Wearing the insignia of the “C” on a hockey sweater is a well-known badge of honor. Alex Pietrangelo, the Blues’ captain, is the definition of leading by example. Like all good leaders, he doesn’t cut corners. He doesn’t stand for his team cutting corners, either. In an interview, he said, “Keep believing. Keep working; we’re based on our work.”

Pietrangelo is a leader who leaves a mark on his teammates and on the community of St. Louis. Members of any team tend to imitate the behaviors of their leaders. Depending on the leader, it can make for a stronger team, or it can be an infectious poison that kills employee morale. When the team is imitating behavior that reflects a desire to excel together, organizational loyalty and growth ensues. True leaders work hard all the time, whether or not someone else is there to see it. Much like Pietrangelo, good leaders do what needs to be done, because it’s the right thing to do.

Members of any team tend to imitate the behaviors of their leaders.

Sacrifice seems to be par for the course in any leadership role — which doesn’t make it any less difficult. Good leaders wear many hats and sacrifice their time to provide direction and support. It’s sacrifice of time with family, friends and personal lives to make great things happen.

While every professional athlete is familiar with sacrifice, Vladimir Tarasenko is one of my favorite players to watch and listen to, because he often displays great humility. He doesn’t let his ego get in the way of the team’s success. Tarasenko is often heard sharing credit and personally taking blame. Every action and interview reflects his loyalty to his team. Good leaders also sacrifice the spotlight. Tarasenko instinctively knows when to pass to other players instead of taking the shot himself.

Good leaders also sacrifice their own personal interests. Merely two days before game 6 of the Stanley Cup finals, Tarasenko’s wife gave birth to a baby boy. I am sure that Tarasenko would have rather been by his wife’s side the whole time after the birth of the baby. Leaving afterward to play a game was not only a sacrifice for Vladimir but also for his wife and two children. We see this type of sacrifice with any great leader: not just the sacrifice of the individual doing the job but the people around him or her. It’s a necessary evil that we are all grateful for.

Sacrifice seems to be par for the course in any leadership role.

3. Cheap Shots Don’t Get You Anywhere

Boston Bruins player Brad Marchand is skilled and seasoned — two factors that could easily make him a solid leader. Unfortunately, he also is well known for taking cheap shots on the ice.

Good team players and good leaders don’t take cheap shots. In fact, they protect their teams from people who do take cheap shots. How often do we see team members who are solid in their skills and overflowing with potential — but frequently overshadowed by their lack of effort to work as a team player? Selfishness does not have a place in strong teams. For the sake of your reputation and for your team, take the high road.

Cheap shots — on the ice or in an organization — are exactly that: cheap. When you work to serve your team, you increase employee loyalty and engagement.

When you work to serve your team, you increase employee loyalty and engagement.

In order for people to grow, change has to happen. There’s one big problem: Change is often terrifying and uncomfortable — physically and mentally.

When Ryan O’Reilly played for the Buffalo Sabres, you could see his frustration when he said in an interview that the Sabres had adopted a mentality of “being OK with losing.” When he was traded to St. Louis, his passion and love for his work came back full-force.

We often see a similar change when employees transition out of toxic cultures into healthier ones. Employees in toxic cultures start to adopt that mentality of frustration and “being OK with losing.”

Changing team morale requires the team to bond. In one ESPN interview, O’Reilly said, “When things don’t well, you don’t get selfish. You get unselfish, and you work with the person that’s next to you.” This revitalization of passion was a change that was well-embraced. That’s the thing about change: While it is sometimes a long and difficult process, it often brings positive results.

An estimated 500,000 people attended the Stanley Cup Parade in St. Louis (I was one of them).

Nobody “cleans up messy” in my mind better than Zach Sanford. He’s relentless and has one of the strongest work ethics that I’ve ever seen. At the parade, he became physically ill, and I was impressed with the grace in which he handled himself afterward. He simply changed out of his shirt, wiped his face off and kept moving. Similarly, on the ice, Sanford is often cleaning up “messes” that help move his team along. He is often overlooked, because he has many assists but fewer scores.

Let’s recognize the individuals who provide us with the “assists” that make our teams successful. No great leader becomes successful without those assists. They’re vital to serving our teams and our customers.

It’s OK to be the person making the assists, too. We talk a great deal about leaders, but everyone can be a leader. It’s just a matter of knowing when to offer support and when to accept support. It’s being able to recognize and work toward the team’s and organization’s vision.

It’s OK to be the person making the assists, too. Everyone can be a leader.

6. Flexibility Is a Vital Secret Weapon

Jordan Binnington, the Blues’ goalie, is physically and mentally flexible. On the ice, he is constantly anticipating the next move and has cat-like reflexes. Because he constantly has his eye on the prize, he is able to react quickly. He moves, changes and bends any way that is needed. JBinn (as I affectionately call him) said in an interview, “We take care of our game, and the rest will take care of itself.”

Being flexible is being able to recognize what it means to take care of the team and the organization. It is moving into any situation prepared to move, bend and transition to meet the needs of the team.

Flexibility is essential for leaders. It’s not enough to be able to protect the team from issues. Flexible leadership is having the vision to see where the team is and how it moves so that you can anticipate the next move.

Flexible leadership is having the vision to see where the team is and how it moves so that you can anticipate the next move.

7. Go Back to the Basics

In so many of the recent interviews with Blues players, they shared why they started playing or discussed going back to fundamentals of hockey. For example, Pat Maroon said, “When we play the right way … when we do the right things, we know this team’s going to be successful.”

When leaders focus on remembering the fundamentals of providing the best care to their teams and customers, the teams will be successful. Even when Coach Craig Berube addressed the media after game 7, he shared that you always have to take one step at a time before considering the end goal. This mentality does not apply only to sports but to any team. Organizations want to be the biggest and best, which doesn’t happen unless there is a firm grasp of the basics.

As a leader (or aspiring leader), go back to the basics. Look at your mission and vision. Consider why you’re in the role that you’re in and the impact that you’re having. Only when we remember the road we’ve taken can we look forward to the road ahead.

Leadership is more about your character — your values, mindset, beliefs and (especially) attitudes — than anything you actually accomplish. Positive team dynamics are more than a bag of tricks that you employ to accomplish your goals. Leadership is a calling to invest in something bigger than yourself.

Leadership is a calling to invest in something bigger than yourself. 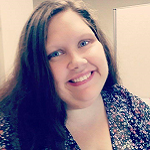 Erin Klepper, Ed.D., has always been a lifelong learner. She has worked in the entire spectrum of education, ranging from K-12 special education to distance learning to curriculum development to corporate education.