The term “March Madness” signals a season where upsets and big wins are the result of players digging deep to do something extraordinary. Winning experiences, those heart stopping buzzer beater plays, heroic players who inspire the team, and coaching strategies and quotes become leadership metaphors for years to come. As I watched many breathtaking competitions this season, I was inspired to highlight five “F” words for those who lead through the madness of competition and chaotic change.

Faith: I have heard coaches and teammates speak with complete conviction that their team could win against any opponent.  Small colleges and lower-ranked underdogs, played tough against elite top ranked teams and some of those made it through to next rounds.

Coaching Tip: Do you have complete faith in your team?  If not, address the gap – the space between current reality and your desired state- by making the needed changes.

Focus: The element of time-bound play keeps a team single-minded.  Single-minded focus is also a strategy for navigating the madness and chaos of so many changes in business. People know what is expected, so they have a goal to shoot for.  The nuance of a game plan, hours of practice, conditioning and mental exercises all come down to coaching your team to play for that elite performance will be easier if you are clear about how you will work together to score big in real time.

Coaching Tip: Determine the top three distractions that block a common focus for your team and eliminate those within a week.

Fired Up: Every competitive leader has had the experience of passionate performance and putting your “heart and soul” into something.  Fired up teams have a passion that is often sparked by the mentality that, “We Can Do This!”

Coaching Tip: When was the last time you felt fired up?  Start there!

Flex: Throw out the game plan if it isn’t working. Do I have to tell you how many games this season were lost in the last few minutes by teams (and coaches) that ran the same offense or defense when it wasn’t working?  Are your teams clear that they must be nimble enough to change quickly to address the customer and greater team needs?

Coaching Tip: Do your agreements and ways of working allow for flexing your plan?  If not, it’s time to make new rules for how you play together.

Follow Through: Teams that cannot rebound or find a second shot and recover when the first one fails, don’t win.

Coaching tip:  Do what you say you are going to do.  Find a way.  Tap into your team to over-deliver on expectations.

There is obviously one more F-word not included above, but worth mentioning (and you’ve been wondering if it was here). Used sparingly by most coaches to fire a team up when they are down, to sacrifice a technical call if they feel it will cause the team to rally, and more often sworn because they’ve lost all other language to express frustration – – it has proven effective for more than one coach.  I suggest you simply observe closely when a coach or team member mouths the word “F#%&!” during a game and the actions that follow. Notice the dramatic changes, both the pros and cons depending on whether it was consciously used or not.  Bottom line, we all run out of the right word sometimes, and we default to the short hand that cuts through the politically correct leadership veneer.  Sometimes this smaller “F” word is the one that stops people and calls their attention to something just in time. Though not always a bad thing, it isn’t necessarily a part of a winning formula to express what you really want to say – the truth.

Coaching Tip: Do you have enough language to express yourself?

Business leaders need to develop a vocabulary of truth and express it daily. What’s your truth about leading this team right now?

I love being a part of the spirit of March Madness, primarily because the passionate coach of NC State, Jim Valvano, constantly reminded me to “Never give up! Never, ever give up on your dream!” 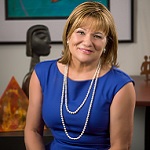