Gender balance programs deal effectively with a certain amount of inequality. However, they often do not manage to transform mindsets or culture. Research shows that women and men think differently about top jobs and share common prejudices about what is considered good leadership and appropriate gender behavior in the workplace.

Traditional leadership has been construed as primarily a male, individual enterprise. This image of the ideal leader has created the sense that “female” traits are less valuable for leaders and that leaders should, therefore, suppress them. Some research has found that female senior managers can be more like the stereotypical man than men themselves, because being a successful woman in a male domain can be regarded as a violation of gender norms, warranting sanctions.

For example, women in positions of authority are often considered either too aggressive or not aggressive enough, because what appears assertive, self-confident or entrepreneurial in a man often looks abrasive, arrogant or self-promoting in a woman. For the same reason, when women performing traditionally male roles are seen as conforming to feminine stereotypes, they tend to be liked but not respected. They considered too soft, emotional and unassertive to be authoritative and make tough decisions.

Similarly, achievement in this traditional work context has been linked with traditionally masculine ideas rather than traditionally feminine ideas, such as emotional nurturing, selfless giving and motherhood. For this reason, research suggests, many organizations recognize and reward visible, individual work and overlook equally vital, “behind-the-scenes” work (e.g., building a team and preventing a crisis), which is often more characteristic of women.

The good news, though, is that leadership is changing!

As a growing number of companies operate in the knowledge economy, leaders rely on their teams’ expertise to generate the products, services and solutions their businesses need to compete. In order to achieve success, leaders need to focus on more collaborative, less hierarchical practices and promote the skills employees need to engage in collaborative, collective learning, such as group cohesiveness and stability.

Leadership power dynamics and gender biases affect how we evaluate leadership and gender.

“Female” leadership, with its preference for open, egalitarian and cooperative relationships, creates a psychologically safe context where employees can express their creative ideas without fear of rejection. They feel more motivated, as their needs are taken care of, and they feel valued, as both their “female” and “male” qualities are appreciated and not criticized.

How can organizations bring about positive change when gender- and power-linked images exert a potent influence on leader and follower behavior, experience and expectations? I propose the following four steps:

Create training interventions that help leaders and employees become more aware of their self-biases and their biases toward their co-workers. Many current diversity and inclusion (D&I) programs address this step, but it is not enough. Steps 2, 3 and 4 must follow in order to achieve transformation.

Put into practice a new set of principles regarding how to exercise power and how to achieve workplace success. When researchers ask leaders what’s made them successful, they often ignore many of the relational practices that account for their effectiveness, and they present themselves as individual achievers.

We often still expect women — but not men — to work collaboratively in non-collaborative situations and to use less hierarchical forms of interactions in hierarchical contexts. We also often expect them to do it invisibly, and the myth of individualistic achievement is never challenged.

Move away from only developing traditional “male” skills toward cultivating “female” qualities as well. Acknowledge that they are equally important and equally deserve recognition, praise and reward (see step 4). When women practice female leadership, their behavior is conflated not only with femininity but with selfless giving and motherhood. When the behavior is conflated with mothering, the notion of reciprocity is much more difficult to communicate. Selfless giving is, by definition, non-mutual.

In many organizations, we expect women to create a collaborative environment that enables individual achievement — to empower others without receiving anything in return.

Incorporating these four strategies into your workplace can create more success — for men, for women and for the organization.

Move away from only developing traditional “male” skills toward cultivating “female” qualities as well. 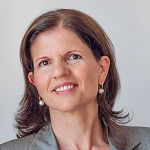 Eleftheria Egel, Ph.D., is a catalyst for female entrepreneurs, helping them to meet their unique needs, face their challenges and grasp opportunities through all stages of their entrepreneurship journey.